Rescheduled date will be announced soon.

We’re very sad to announce that this tour has to be postponed for a few months.

This was a very hard decision to make and it’s the last thing we want to do after not being able to tour for almost 2 years.

But with the drastic rise in Covid cases everywhere we just don’t see how we can do this safely for ourselves and our fans.

We will be announcing the new dates in the next couple of weeks. For anyone unable to attend the rescheduled date a refund will be available from your point of purchase. Stay safe out there, we miss you, and can’t wait to finally play for you again soon. ❤️

Being No One, Going Nowhere. The title of STRFKR’s fourth album may seem bleak at first. But hold it in your head a minute, feel its weight, and you may recognize the phrase for what it is: a goal. In the era of the personal brand — amid the FOMO Age — it’s increasingly hard to shed a stifling sense of self, or to just be in the moment that you’re in. Well, consider this an invitation to get blissfully insignificant. That’s what STRFKR founder Joshua Hodges aimed to do when he exiled himself to the desert to create this record, but he returned with his most significant work yet: a set of darkly glistening dance songs rife with sticky beats, earworming hooks, philosophical heft, and bittersweet beauty.

The album opens on “Tape Machine,” and the difference is readily apparent. On 2013’s Miracle Mile, STRFKR refined a full-band sound, but this doubles down on and completely reimagines the project’s electronic and pop roots. The initial synths could fuel a rave, and the ensuing groove could score a Drive sequel, but the song is richer still, with cosmic effects flying overhead and a psych-folk earthiness below. It isn’t that the band sat this LP out — drummer (etc.) Keil Corcoran penned the thick astral disco of “In the End,” and he and bassist (etc.) Shawn Glassford both pitch in throughout. But Being No One, Going Nowhere was born in Joshua Tree after Hodges packed up his Los Angeles apartment and moved to that tiny Mojave outpost under the great big sky. “It came together for me in the desert,” he says. “Out there, it’s easy to feel small and slow.”

When Hodges started STRFKR in 2007, it was designed to be success-proof. The name was both unfit for radio and a jab at fame-chasers. But the project was also meant to be bright, playful and brimming with energy. He stumbled upon a winning juxtaposition that’s a STRFKR staple to this day: dark (or heavy) lyrics set to happy music. Hodges credits that to Elliott Smith’s influence, although Being No One, Going Nowhere has closer sonic kin in Italo-disco, kosmische musik and Tony Hoffer’s work with Phoenix, Beck and M83. English thinker/writer Alan Watts, a scholar of Eastern philosophy, was another muse for Hodges — his voice appears on nearly every STRFKR release, including this one. That’s him on “interspace,” talking about sloughing off preconceived identity to find one’s place in the universe, which is the story of Hodges’ eventual career: stop trying — no, start not trying — and succeed.

This album’s name actually paraphrases the title of a book by Ayya Khema, a Buddhist nun, but the concept came to Hodges in a less chaste setting. “I had an experience at a BDSM club that was really freeing,” he says. “I realized that the appeal is letting go of your mind and stress. You can be super present with the pain, and then the pain isn’t even pain. It’s a gateway to freedom.” In a way, each song on Being No One, Going Nowhere seeks that end. There’s the reality-refracting fantasy of “Never Ever,” the hard truths about addiction’s ravages on “Tape Machine,” a death-defying coming of age tale on “Open Your Eyes,” and references to Hermann Hesse’s 1919 novel of self-realization, Demian, on “When I’m With You.” If the words don’t set you free, the music — exuberant, enveloping, incredibly catchy — should do so handily.

None of which is to imply that STRFKR is drifting along aimlessly. To the contrary, Hodges crafted this album’s dance bent with the stage in mind. The live setup these days includes a custom-made LED wall and a homemade light show that syncs with the rhythm of the songs (also, the occasional crowd-surfing astronaut and band-in-drag). Plus, he camped out at the house of producer Jeffrey Brodsky (Yacht, RAC) for a week and a half, working all hours to ensure Being No One, Going Nowhere sounds as crisply booming over PAs as it does in headphones. Even if Hodges is too busy pushing the future of indie dance-pop forward to possibly attain his goal of unplugging, his aspiration is everything: “Existing is it. This moment is enough.” 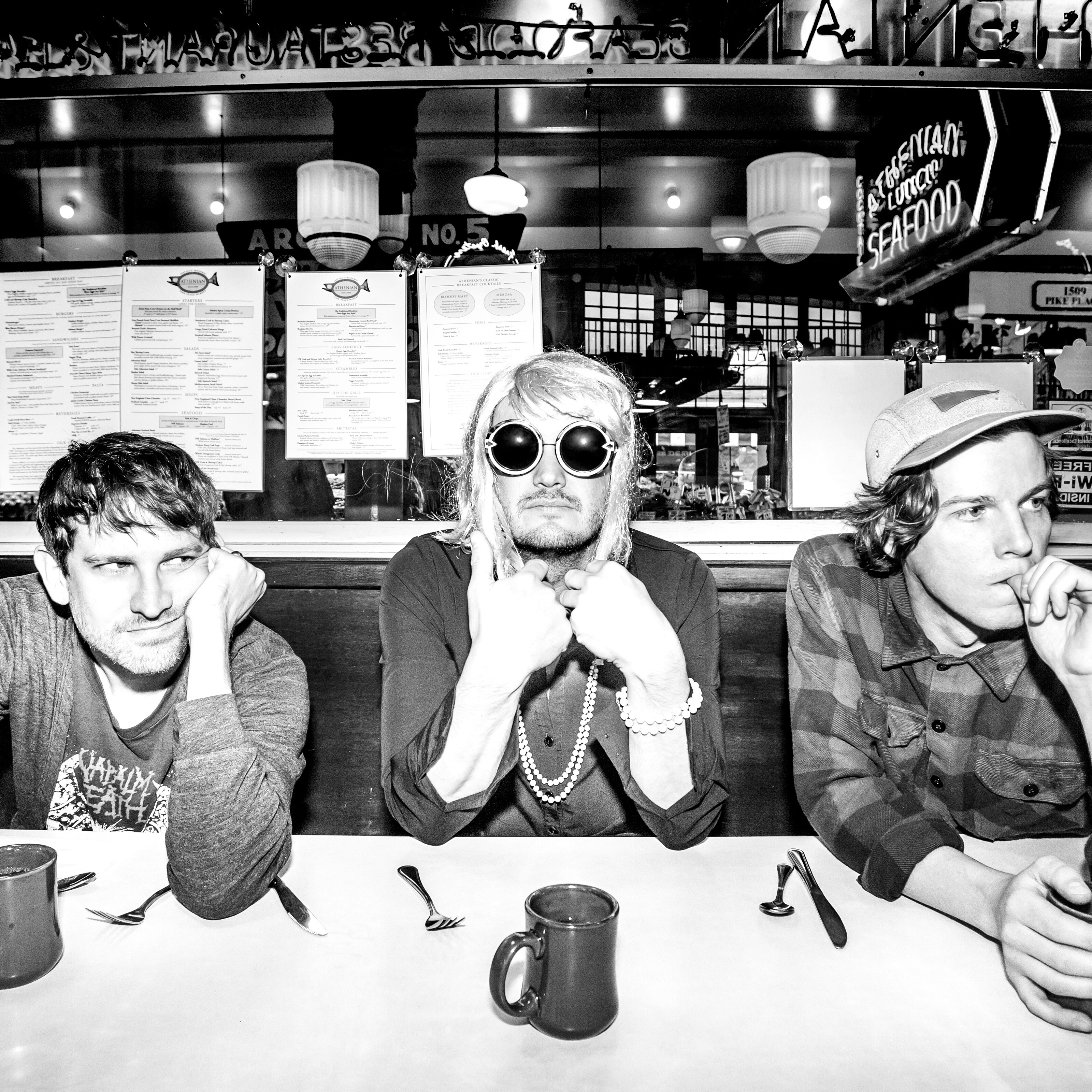