Processing...
432956
158365
Tall Heights' Indianapolis show at HI-FI has been postponed. We are currently working on a reschedule date. Hang tight for more information. Please direct any questions to boxoffice@mokbpresents.com. You can follow our ongoing list of affected shows here: http://bit.ly/mokb-hifi-covid19updates
From Tall Heights:
we've made the decision to postpone the first leg of our 2022 Juniors Release Tour (01/12 - 01/30).

arriving at this decision has been all-consuming. we've been feeling so many emotions: sorrow, concern, uncertainty, fatigue, anger, relief. maybe you're feeling some of that too?

ultimately, we didn't want anyone to have to choose between attending a show and feeling safe. keeping yourself and your loved ones safe should never be part of the calculation. we want you to be here because you love the music and want to share in something real, human, and lasting... sans fear.

with all of that said, we're working on rescheduling the run so hold on to your tickets and we'll announce new dates soon. hopefully andrea van kampen will be able to join us as well.

Tall Heights' Indianapolis show at HI-FI has been postponed. We are currently working on a reschedule date. Hang tight for more information. Please direct any questions to boxoffice@mokbpresents.com. You can follow our ongoing list of affected shows here: http://bit.ly/mokb-hifi-covid19updates
From Tall Heights:we've made the decision to postpone the first leg of our 2022 Juniors Release Tour (01/12 - 01/30).

arriving at this decision has been all-consuming. we've been feeling so many emotions: sorrow, concern, uncertainty, fatigue, anger, relief. maybe you're feeling some of that too?

ultimately, we didn't want anyone to have to choose between attending a show and feeling safe. keeping yourself and your loved ones safe should never be part of the calculation. we want you to be here because you love the music and want to share in something real, human, and lasting... sans fear.

with all of that said, we're working on rescheduling the run so hold on to your tickets and we'll announce new dates soon. hopefully andrea van kampen will be able to join us as well.

The third full-length from Tall Heights, Juniors emerged from a period of profound turmoil and revelation for the Massachusetts duo. In the span of five months, Paul Wright and Tim Harrington experienced a convergence of events that included major health and substance-abuse crises among their closest loved ones, saying goodbye to Harrington’s grandfather and to a beloved grandfather figure for Wright, and—in far happier, yet still intense news—the announcement that each of their wives was expecting. Compounded by a series of shake-ups in their professional life, that upheaval coincided with the start of the pandemic. Rather than succumbing to the tremendous pressure of that point in time, Tall Heights chose to confront the chaos by creating within it. The result: an album that precisely channels the pain, uncertainty, and unbridled joy of its inception.

As they set to work on Juniors, Harrington and Wright discovered an unexpected outcome of the loss that they’d endured: a shift in mindset that enabled them to embrace a boundless curiosity and exploratory spirit even more powerful than when they first formed Tall Heights (an endeavor that began when Harrington, on guitar, and Wright, on cello, used to busk on the streets of Boston back in the late 2000s). In a nod to the wide-eyed perspective that arose from the album’s creation, the duo chose a title evocative of youthful wonder. “After everything we went through, we came to a place of understanding that we have no control, that each new day is an adventure we need to approach with beginner’s eyes,” says Harrington. Wright adds: “Through all the discomfort, we took it as our mission to stay humble and hungry, to know that everything will change and to be prepared to find something of real value in that—and to find ourselves in it, too.”

The follow-up to 2018’s Pretty Colors For Your Actions, Juniors came to life at “The Tall House”—the Northeastern Massachusetts home where Wright and Harrington lived together for six years with their wives, pets, and Harrington’s firstborn son, eventually moving out in August 2020. In a departure from the elaborate production process that yielded its predecessor, the two musicians wrote and recorded most of Juniors in isolation, holing up on the third floor of the household they liken to a joyfully anarchic artist commune. “It all happened in this tiny, hectic, beautiful space where our wives were also working from home, both pregnant, and there’s a dog and a cat that hated each other, and then Tim’s toddler who’d just started walking would come barging in and start dancing mid-take, joining in a song with us,” Wright recalls. Despite the nonstop disruption, Tall Heights soon found their way to a shapeshifting sound that illuminates their singularity like never before. “Because we were cut loose and isolated within this space and time, we ended up capturing something incredibly and uniquely us in the new sound we created,” Harrington points out.

In putting the finishing touches on Juniors, Tall Heights headed to Omaha and worked with producers Mike Mogis (Paul McCartney, Phoebe Bridgers, Bright Eyes) and Oliver Hill, who helped refine and enrich the backdrop of their emotionally raw songwriting. On the opening track “Keeps Me Light,” the band muses on the ineffable comfort and safety of true connection, intensifying the track’s radiant mood with the luminous vocals of a Berklee College of Music a cappella group called Upper Structure. Revealing the complexity of Juniors, Tall Heights then drift into the wistful reverie of “Locked Out,” a song inspired by Wright’s struggle to help his wife through a severe bout of anxiety. “Paul and I each wrote the lyrics to ‘Locked Out,’ which I think points back to how intertwined our lives have become,” says Harrington. “It’s so unlikely that I could have felt his pain as hard as I did—but because I was living it too in that house, what’s fiercely personal to Paul became fiercely personal to me.”

The most commanding track on Juniors, “Hear It Again” took shape as Tall Heights messed around with an assortment of synthesizers they’d borrowed from their friend and tourmate Ben Folds, arriving at a tender rumination on home and belonging. “We’ve spent so much of our time living on the road, and that song is our way of asking, ‘What if that’s the place where we feel the most safety and consistency and stability?’” says Harrington. In a particularly poignant turn, “The Mountain” reflects on the losses that Harrington and Wright recently suffered, transforming that heartache into a moment of healing. “A friend had texted us a photo of his grandfather on the day before he died: he was sitting in a hospital bed looking out the window at the mountains, and the sun was shining on his face,” says Wright. “That song came from thinking about our friend’s grandmother saying goodbye to his grandfather and sending him off on his journey, but in a way it also speaks to how there’s been so much collective loss over the past year.” Meanwhile, on “Raindrop,” Tall Heights offer up a meditation on emotional responsibility. “Sometimes a relationship can get intense in the wrong place and time,” says Harrington. “So, in the end, it’s a song about choosing which relationships deserve your all, and when to let things go and move on with your life.”

Looking back on the tumultuous year that gave rise to their latest album, Harrington and Wright note that they’ve adopted the Juniors outlook as something of a spiritual ethos: a realization that every new endeavor—no matter how familiar—will undoubtedly present new challenges and extraordinary surprise, ultimately reminding them that they are still but juniors. “I feel ready to view each next chapter of Tall Heights as another round of Juniors,” says Harrington. “This experience has emboldened us to create in any situation—because when life got very intense, we doubled-down on what we care about the most: creating songs together. And it felt fresh and new in that context.” And although leaving the Tall House proved nothing short of heartbreaking, the duo have found their devoted bond to be stronger than ever. “This record gave us the chance to really understand what we have in each other as weird partners on the great journey of self-exploration,” says Wright. “We know now that the Tall House can be a state of mind, not just a place of refuge. So while chaos continues, we’re able to fully see the beauty that can come from it.”

Andrea von Kampen is a folk singer-songwriter based in Lincoln, Nebraska, whose effortless vocal delivery has been praised by Hear Nebraska as “soulful and worn-in.” With the successful release of two EP’s, Another Day (2015) and Desdemona (2016), a Christmas EP (2016), an Audiotree Live album (2017), and her debut full-length album Old Country (2019), Andrea has quickly established herself in the recording studio and on the road. She has shared the stage with artists such as Tall Heights, Ira Wolf, Dead Man Winter, The Brother Brothers, Dead Horses, Darling West and many more.

Old Country, Andrea von Kampen’s debut full-length album, was released on February 8th, 2019. The album was recorded and mastered in Nebraska and features exclusively Nebraska-based musicians. Inspiration for Andrea’s songs often come from literature, art, and nature; in particular the literature and nature of Nebraska and the Midwest. The title track, Old Country, is based on the book “My Ántonia” by Nebraska author Willa Cather. Her single, Portland, received notable attention including features on The Bluegrass Situation, Spotify, Apple Music, and Amazon Music. Additionally, Amazon Music Canada featured Portland in their ‘Top Songs of 2018’ playlist. In a review of Portland, Ear To The Ground Music said, “It’s not so much about where you’re going, but that you want to get away. That emotion of “idealistic escapism” is one that listeners can all connect with, whether or not we want to go to Oregon or somewhere else. The inflection in von Kampen’s vocal has the conviction of a gospel track and the sincerity of a Dylan folk ballad.”

Andrea von Kampen first appeared in the public eye with her submission of Let Me Down Easy into the 2016 Tiny Desk Contest. Within 24 hours of submission, NPR Music, All Songs Considered tweeted her video as the featured artist of the day, saying “we were completely blown away.” Ultimately, Andrea finished the competition as a top ten finalist, which lead to increased popularity of her EP, Another Day, specifically her song Trainsong. Since then, her EPs have amassed millions of streams on Spotify and continue to grow. 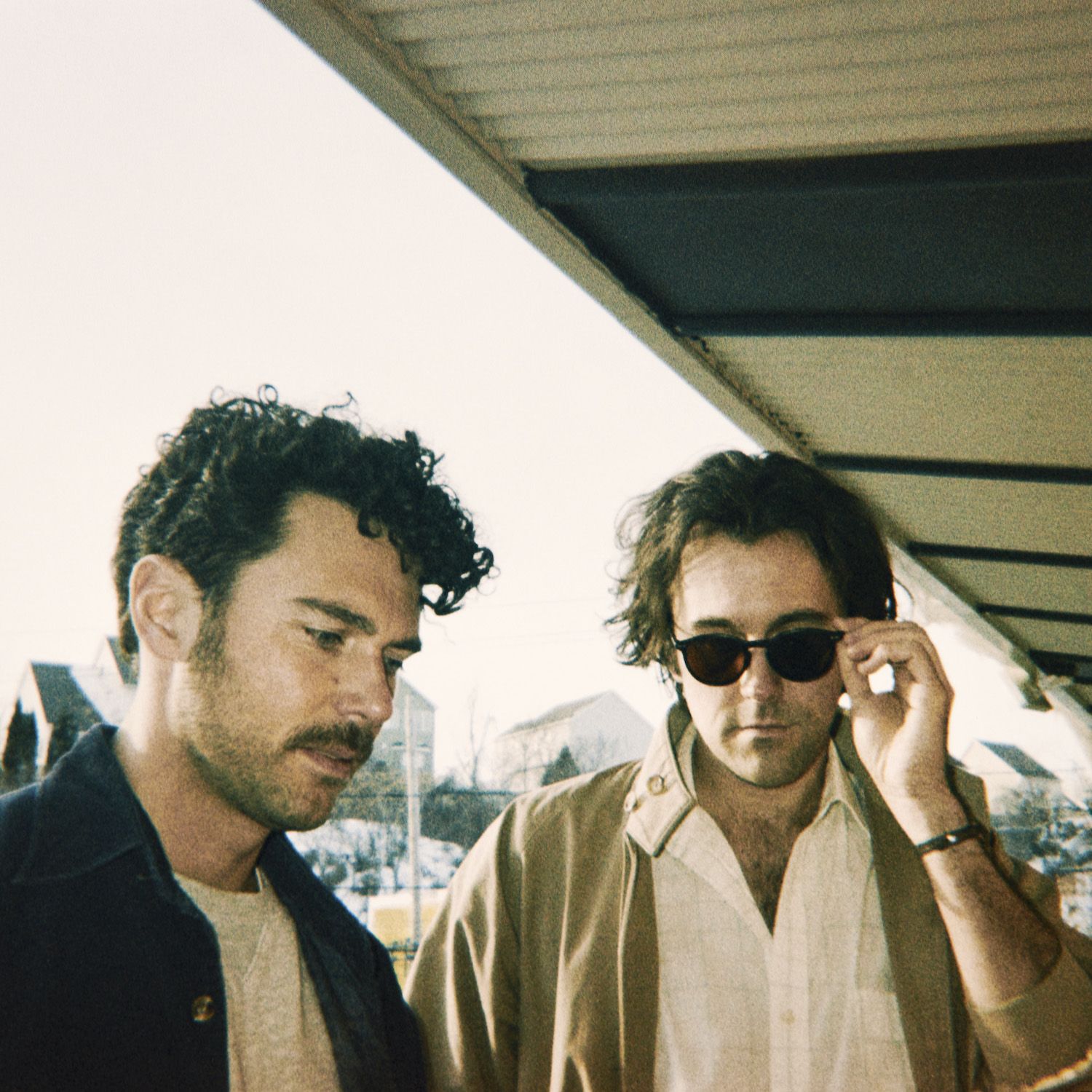