PUP
Website | Facebook | Instagram | Spotify
It seems significant that there were bats in the mansion’s attic, although how significant it seems will have something to do with how you feel and what you know about PUP. None of it is a metaphor, and also all of it is. The mansion, for its part, is very real—it is a sprawling residence-slash-studio in Connecticut’s most dispiriting mid-sized city where the producer Peter Katis has helped acts like The National and Interpol and Frightened Rabbit and Kurt Vile make records. There are gold records on the walls and warrens of strange new rooms that the band members discovered seemingly daily; the roof leaks when it rains, and the bats reclaim the attic after dark. PUP singer Stefan Babcock recorded all his vocals in the living room, at night. “The other guys were just trying to live their lives,” he said, “and Nestor and I would be down there screaming into microphones while they were watching TV in the next room.” Babcock remembered Katis telling him that the bats “go away” during the daytime hours. “I was like, ‘no, they’re sleeping,’” Babcock said. “They don’t go anywhere, there’s nowhere for them to go.’”


Joyce Manor
Website | Facebook | Instagram | Spotify
Joyce Manor is a band who have never relied on gimmicks. Since forming in Torrance, California, in 2008, the band—vocalist/guitarist Barry Johnson, bassist Matt Ebert and guitarist Chase Knobbe—have built-up a feverish fanbase by writing catchy, pop-punk songs that seem straight-forward on the surface but teeming with carefully crafted nuances upon multiple listens. This is undoubtedly true of the band’s sixth studio album 40 oz. To Fresno, an album that has songs that span the last eight years, yet comes together to form a cohesive album that marks the next chapter of Joyce Manor. “This is an interesting record because the final track ‘Secret Sisters’ was actually a B-side from [2014’s] Never Hungover Again and ‘NBTSA’ is actually a reworked version of ‘Secret Sisters’ that barely even resembles the original song,” Johnson explains. Although Joyce Manor were planning on taking a break prior to the pandemic, Johnson soon began writing to keep boredom at bay and much of the remainder of 40 oz. To Fresno came out of that period of focused songwriting. 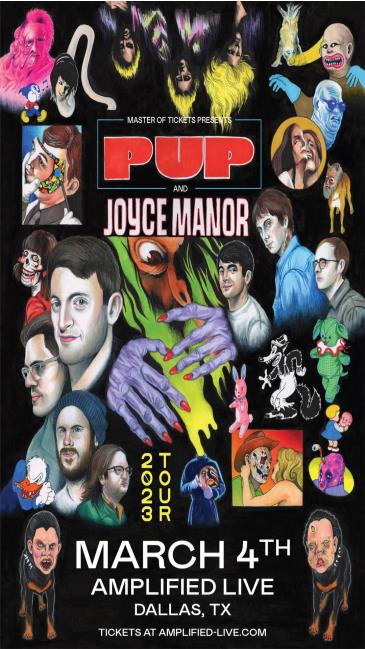