Equal parts brit-pop, glam rock and art-punk, Palaye Royale has amassed over half a billion streams throughout their career and earned a legion of cult-like fans with their adrenaline-fueled, Rock n’ Roll circus. First landing in Los Angeles as teenagers, Las Vegas-bred brothers Remington Leith (vocals), Sebastian Danzig (guitar), and Emerson Barrett (drums) , worked their way up through the ruthless L.A. rock scene going from playing basement shows while living out of their car to headlining arenas around the world and touring with the likes of Yungblud. The band is readying their fourth full-length Fever Dream, which emerged from a much-needed break in the chaos, returning to their roots and composing most of the album on piano. Equal parts ecstatic head rush and in-depth meditation on the state of the human psyche, the result is Palaye Royale’s boldest and most visionary body of work to date. With their fast-paced dirty rock n’ roll and unparalleled swagger, Palaye Royale have endlessly delivered an electrifying live show, one that frequently finds Remington hanging from the rafters. And whether they’re taking the stage at major festivals like Reading and Leeds, Download and Pinkpop or playing to sold-out crowds insuch far-flung locales as Tokyo, London, Japan, Prague and Mexico City, the band’s most crucial ambition is to deepen their rarefied connection with their beloved fanbase, lovingly dubbed the Soldiers of the Royal Council. 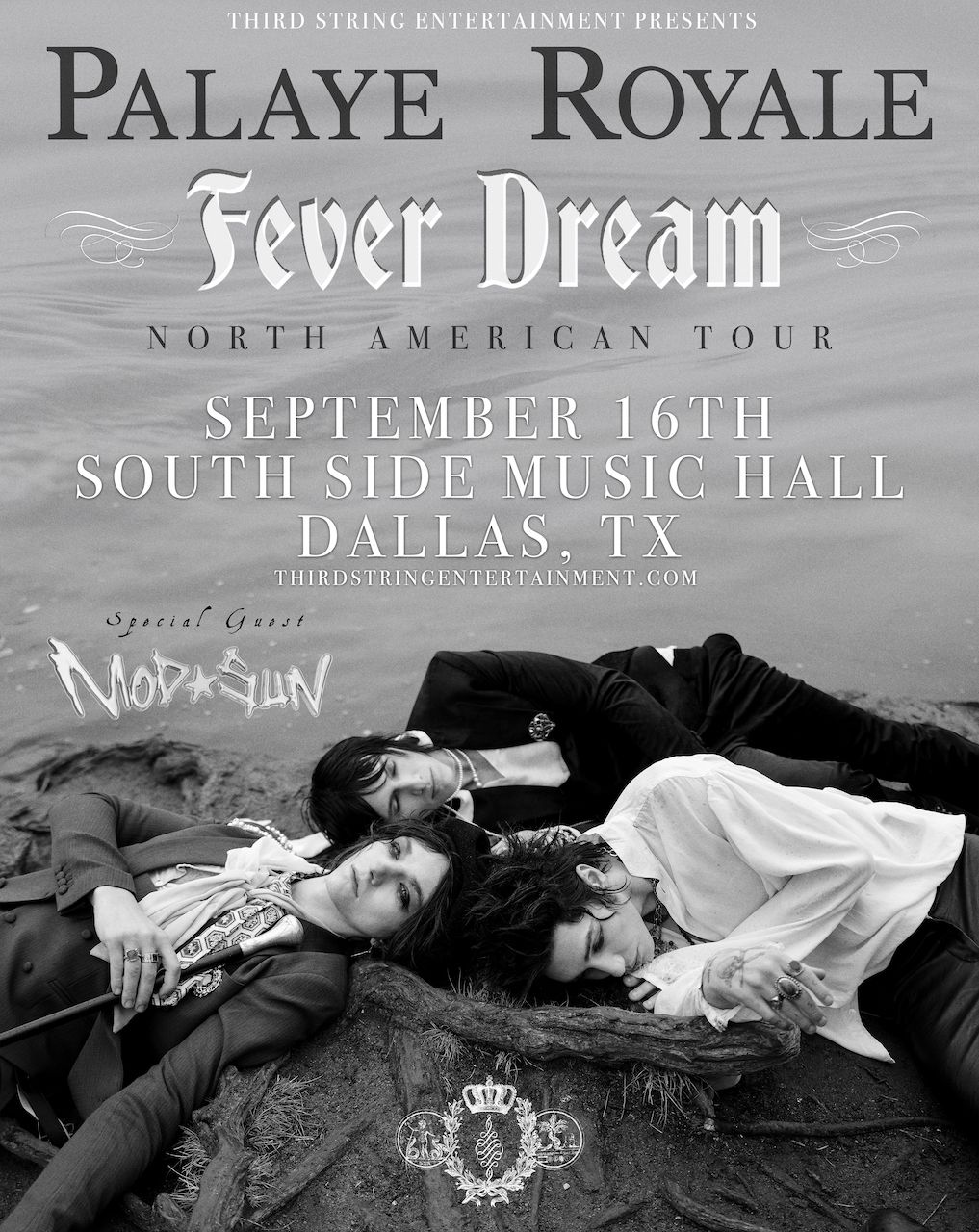