On July 21st, 2016, a user on 4chan’smu/ board posted a photo of a CD they’d found at a record store in Nottingham, UK: a rough-worn demo titled D>E>A>T>H>M>E>T>A>L, purportedly released in 2000 by four musicians: Owain, Andy, Shaun, and John. The listener uploaded the ripped audio - the recordings sounded like they were plagued with disc rot - to file-sharing sites, and later YouTube, where they began circulating among internet music circles. The record’s sensationalist appeal was multifold. Was this an honest- to-God ’90s curio? A prank hatched by internet-savvy teens? An internet experiment in nostalgia, in the spirit of vapourwave? Nobody knew. So the Panchiko hive mobilised, gathering on subreddits and discord servers, examining every square inch of the packaging for potential clues, and even calling the Nottingham record store where D>E>A>T>H>M>E>T>A>L had allegedly sprung up in the first place.

“I woke up one day,” recounts Owain, “and ping - there’s a message on a defunct Facebook page of mine, ‘Hello, you’ll probably never read this, but are you the lead singer of Panchiko?’” The query took Owain by shock; to his and Andy’s knowledge, D>E>A>T>H>M>E>T>A>L had never been uploaded to the internet. The Panchiko fandom finally made contact the following day, when they received their reply from Owain, a simple “Yeah.” At last, the world had confirmation: not only were Panchiko not 14-year-old kids, they were the real deal, right down to the disk rot. 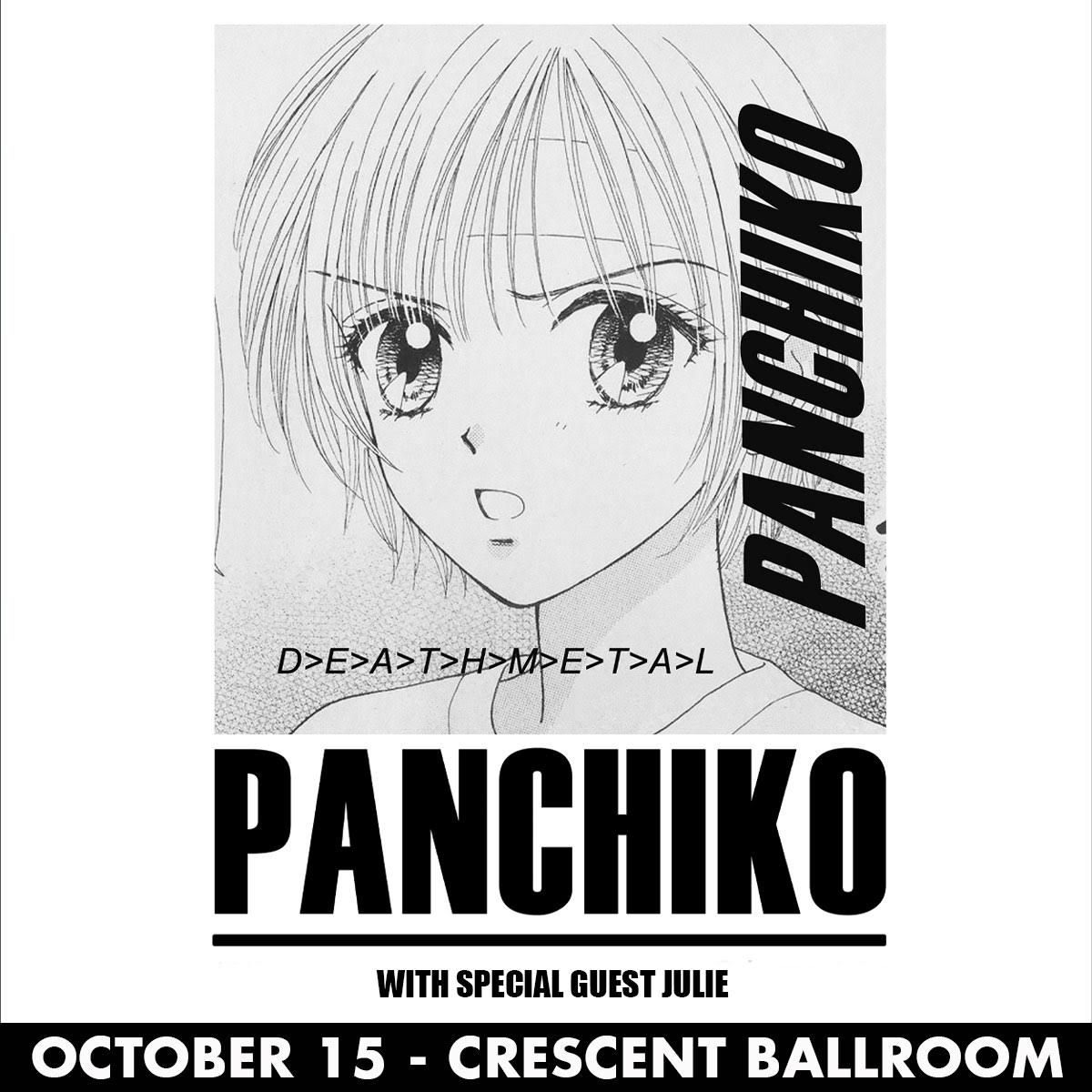