Rap duo, Paris Texas, is a combination of two odd misfits who have no correlation with the city, or the 1984 Harry Dean Stanton film, that share the same name. Both members were raised in the melting pot of South Central Los Angeles, where they found themselves embedded into a clusterfuck of influences via the internet, ranging from post-hardcore bands like Dance Gavin Dance to underground rap acts like Snub-nose frankenstein.The duo defy any and all classifications, even referring to them as a 'Rap duo' is besides the point, they'd prefer to let the music do the talking. 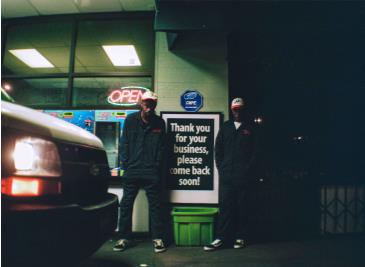