Processing...
Tickets
There are no tickets needed for this FREE event

Sometimes a voice is more than just a voice; it's a fire inside that demands release no matter what art form, no matter what it takes. LA's Eddie Cohn has that kind of voice, and it's led him down countless fascinating paths in what has become a full life. But no matter how he's saying it, he's always seeking one thing through his music, podcast, yoga classes, and upcoming novel: human connection. Connection and curiosity drive him to create and do his part to get us out of our heads, off of our phones, and back into growing with, learning from, and maybe even dancing with each other. For Eddie, music's taken the front seat, after decades of making records, DJing, then moving into other mediums. The current state of the world - chaos and impermanence - brought him back to his first love because, as he recently told LA Voyager, "Music has the power to heal and dramatically shift the energy in a room and it's always been there for me. A good song can stay with you forever." "Freedom" is Cohn's first single in a few years, and it lays down an uplifting groove while asking some pretty big questions.

Skye Delamey is a singer-songwriter, and musician. She has been playing piano for almost her entire life. She is an avid performer, songwriter, musician and vocalist. Her shows are described as: "Vaudevillian, "Moulin Rouge." "Stage show meets peepshow". Heavy rock, versatile and ingenious songwriting from a recording artist who was first published as a poet as a young teenager. From the heaviest of rock songs, to the softest of melodies, Skye Delamey's music explores, and brings to the audience, all of the above...and then some! The universal language of music in all it's limitless possibilities are explored in the music of Skye Delamey, with boldness, honesty, and sincerity. Each tale comes from the depths of her soul. From "Detention," to "Thor," "Girlfriend Muzzle," to "Oz," she has crossed genres in her career, pushed boundaries, and continues to bring us more. Skye Delamey is currently working on her 4th album release, and has music on sale at iTunes, amazon and other digital and physical retailers via Universal Music Group/Spinnup. Skye Delamey's songs are often aired on Iheart Radio, Pandora, Spotify, and more. In addition to singing, songwriting, and playing multiple instruments, Skye Delamey is also a skilled, and dedicated actress who has been training with some of the world's best coaches since childhood. Skye Delamey even holds a bachelor of arts degree from Loyola Marymount University in Theater Arts (with an emphasis on acting and performance). She has studied at numerous schools and workshops, always enhancing her craft. 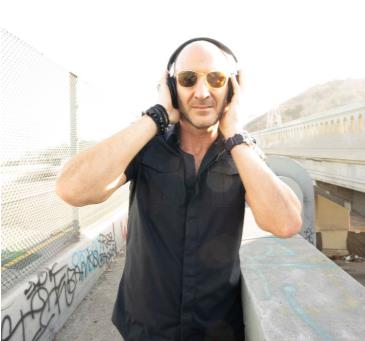