With a combined experience from around the globe, the band members have played throughout the Americas, the Carribean, Europe and Asia. The band is composed of Indy Jazz Hall-of-Famers, studio musicians, Indianapolis Symphony Orchestra players, and International artists. These professional musicians have shared the stage with legends such as Ray Charles, Peter Erskine, Kenny G, Dave Valentin, Max Weinberg, Patti LaBelle, Roscoe Mitchell, Gunther Schuller, The Who, The Moody Blues, Rod Stewart, Ben E. King, and Henry Mancini.

Pavel & Direct Contact features vibrant horns, Latin rhythms, and vocals in both Spanish and English. In 2010, Direct Contact released their first album The Other Side. Since then, they have produced three recordings with AireBorn Records: Rush Hour (2017), D’la Calle(2018), and Americanisao (2019). These compositions by Steve Dokken and Pavel feature David Allee, Leah Crane, Rob Dixon, Pedro Fernandez, Matt McGraw, Freddie Mendoza, Andre Rosa-Artis, and the late Raul Padro. Along with their latest single “Vida Compartida,” they can be found on iTunes, Apple Music, Spotify, and Google Play.

With dancing shoes or not, you will be immersed into a world of entertainment. Host of WFYI’s Cultural Manifesto, D.J. Kyle Long will be joining the band to bring music after doors open and in between sets.

A native of Indiana, writer and D.J. Kyle Long has always been interested in building bridges between his home state and ideas, people, and music from around the world.

In 2010 he formed Cultural Cannibals, a partnership with visual artist Artur Silva. Long is also the host of Cultural Manifesto, a weekly program that explores the merging of a wide spectrum of global music with more familiar American styles such as soul, hip-hop and jazz. The show is broadcast on WFYI in Indianapolis, where Long lives and performs at a variety of cultural events around the city.

In addition to his activities as a D.J., Long has also worked as a music curator for institutions including the Indianapolis Museum of Art, The Indianapolis Mayor’s Office of International and Cultural Affairs, and the Sidney & Lois Eskenazi Hospital. Kyle Long was a 2018 Scholar-in-Residence at the IUPUI Arts and Humanities Institute. 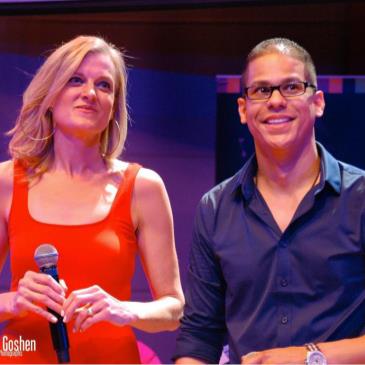