When Peter Cincotti sits down at a piano it’s as if the world is at his fingertips. A born and bred New Yorker, Cincotti’s debut album reached #1 on the Billboard jazz charts, making 18-year old Cincotti the youngest artist ever to do so. Since then, Peter has performed in some of the world’s most prestigious venues from Carnegie Hall to L’Olympia in Paris, collaborated with artists ranging from Andrea Bocelli to David Guetta, has been featured in blockbuster films such as Spiderman 2, represented the global fashion brands Ermenegildo Zegna and Tod’s, and appeared as himself in Season 3 of the hit Netflix series House Of Cards. His vibrant and socially-aware songwriting caught the ear of 16-time Grammy winner David Foster, who produced Cincotti’s third album, East Of Angel Town, yielding the song “Goodbye Philadelphia”, which became a smash hit overseas reaching the Top Ten on Pop Radio charts across Europe. Peter Cincotti has morphed genres and blended influences in a variety of ways, but his story currently unfolds over uncharted terrain on his latest release, Long Way From Home. It is an upbeat blend of musical styles that brings active, rhythmic piano playing back into the landscape of modern music.

High-energy, emotionally-charged rock ‘n’ roll with brilliant melodies seeping out of every pore, Dan Orlando’s music is immediately unforgettable; he is a pianist, pop craftsman, captivating performer and singer/songwriter for whom music is more than the universal language: It’s the only language.

Blessed with perfect pitch and a multi-octave vocal range.

“Music,” he says, “is the most honest form of expression for me. I get across my emotions much more clearly through music than I do through words or body language.”

From West Grove, Pennsylvania, Dan was something of a child prodigy who knew Mozart before he knew his ABC’s. Indeed, he was one of those rare kids who loved his afternoon piano lessons.

“It was like this light bulb went off in my head,” he remembers. “I didn’t know a piano could rock. At that point, all my experiences with piano were classical and pretty rigid.”

One by one, the tumblers clicked, as Dan Orlando devoured the Elton John catalogue, as well as the iconic mid-period albums of Billy Joel and other singer/songwriters who delivered the dynamics through piano, articulate lyrics and pure, soulful vocals.

He also idolized Queen’s front man Freddie Mercury, for his elastic voice and flare for the onstage dramatics. He fed his soulful side by absorbing the sounds and styles of Motown greats Stevie Wonder and Marvin Gaye.

Later, Dan graduated with a Bachelor’s degree in jazz piano from University of Cincinnati’s College Conservatory of Music, where his favorite artists were Keane and Coldplay - “Any band that featured piano prominently, great playing in a way that felt like it reached average, everyday folks that weren’t musical, I was struck by that,” he says. “So I didn’t care what era it came from. My interests as a fan were driven by my wanting to be a piano player.”

Today, along with his band, his unique blend of pop, rock, R&B and balladry is connecting with fans of every genre, from every generation.

“I want my music to have a timeless quality,” he explains. “But I can’t force it. I can’t write with that in mind. I want to create stuff that people of my generation can’t wait to show their grand kids someday.”

Recently, Dan Orlando has stepped into the national spotlight performing at the “Power of Love” 20th Anniversary Gala, celebrating Tony Bennett’s 90th Birthday, at the MGM Grand in Las Vegas. As part of an all-star lineup, Dan took the stage with American Idol Season 6 winner Jordin Sparks to sing a medley of Bennett’s hits. Additionally, he has had the opportunity to support headliners like Andrea Bocelli, Kenny “Babyface” Edmonds, Robin Thicke, Blues Brothers, and other notable industry performers.

Whatever happens, music is what keeps Dan going. “I really don’t have a choice,” he confesses. “I’m a lifer. I’m a willing prisoner of this.” 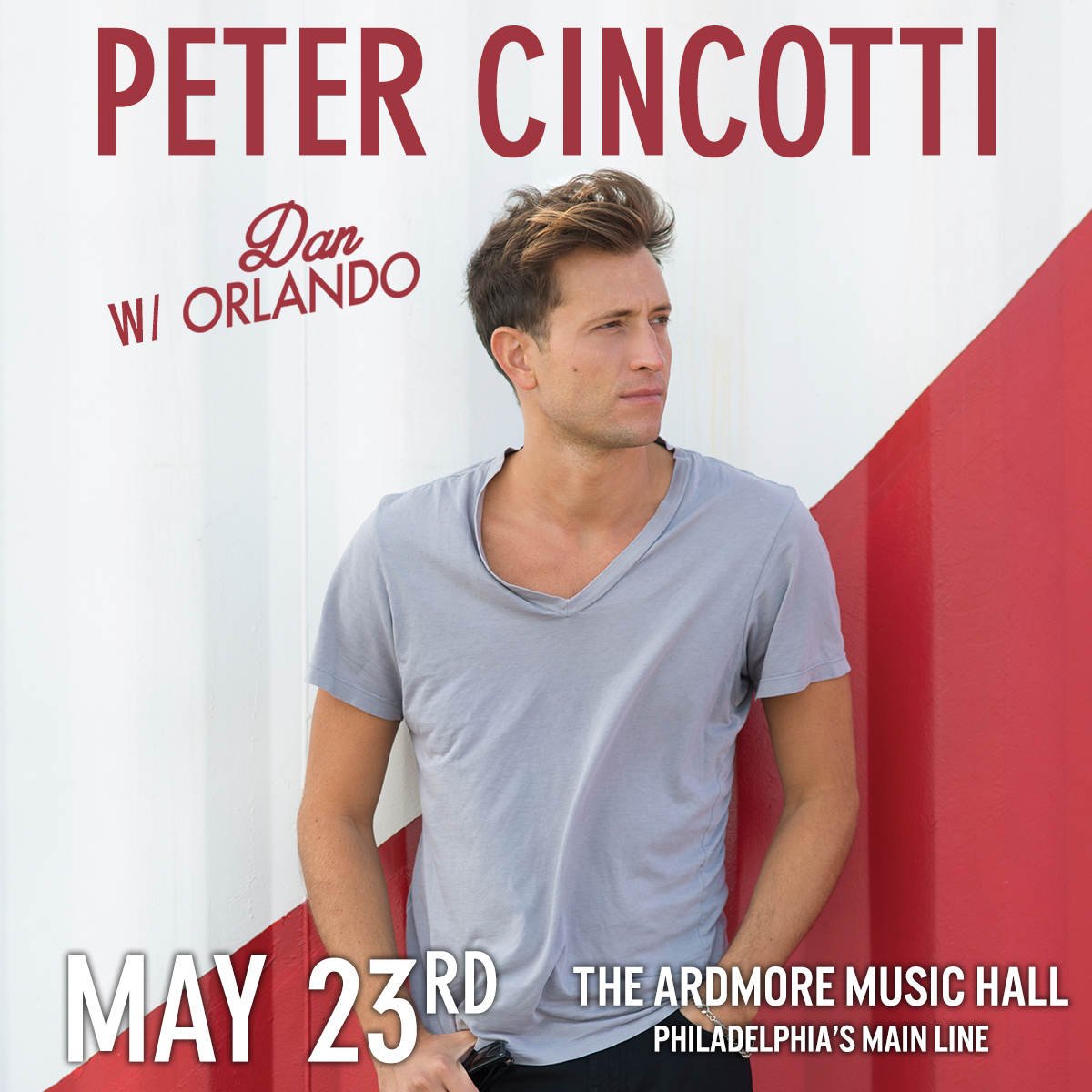