This show requires either proof of Full COVID-19 Vaccination or a Negative COVID-19 Test administered and timestamped within 72 hours of showtime.

Masks are also required to be worn at all times while in the venue, aside from between sips and bites.

When Peter Cincotti sits down at a piano it’s as if the world is at his fingertips. A born and bred New Yorker, Cincotti’s debut album reached #1 on the Billboard jazz charts, making 18-year old Cincotti the youngest artist ever to do so. Since then, Peter has performed in some of the world’s most prestigious venues from Carnegie Hall to L’Olympia in Paris, collaborated with artists ranging from Andrea Bocelli to David Guetta, has been featured in blockbuster films such as Spiderman 2, represented the global fashion brands Ermenegildo Zegna and Tod’s, and appeared as himself in Season 3 of the hit Netflix series House Of Cards. His vibrant and socially-aware songwriting caught the ear of 16-time Grammy winner David Foster, who produced Cincotti’s third album, East Of Angel Town, yielding the song “Goodbye Philadelphia”, which became a smash hit overseas reaching the Top Ten on Pop Radio charts across Europe. Peter Cincotti has morphed genres and blended influences in a variety of ways, but his story currently unfolds over uncharted terrain on his latest release, Long Way From Home. It is an upbeat blend of musical styles that brings active, rhythmic piano playing back into the landscape of modern music.

High-energy, emotionally-charged rock ‘n’ roll with brilliant melodies seeping out of every pore, Dan Orlando’s music is immediately unforgettable; he is a pianist, pop craftsman, captivating performer and singer/songwriter for whom music is more than the universal language: It’s the only language. 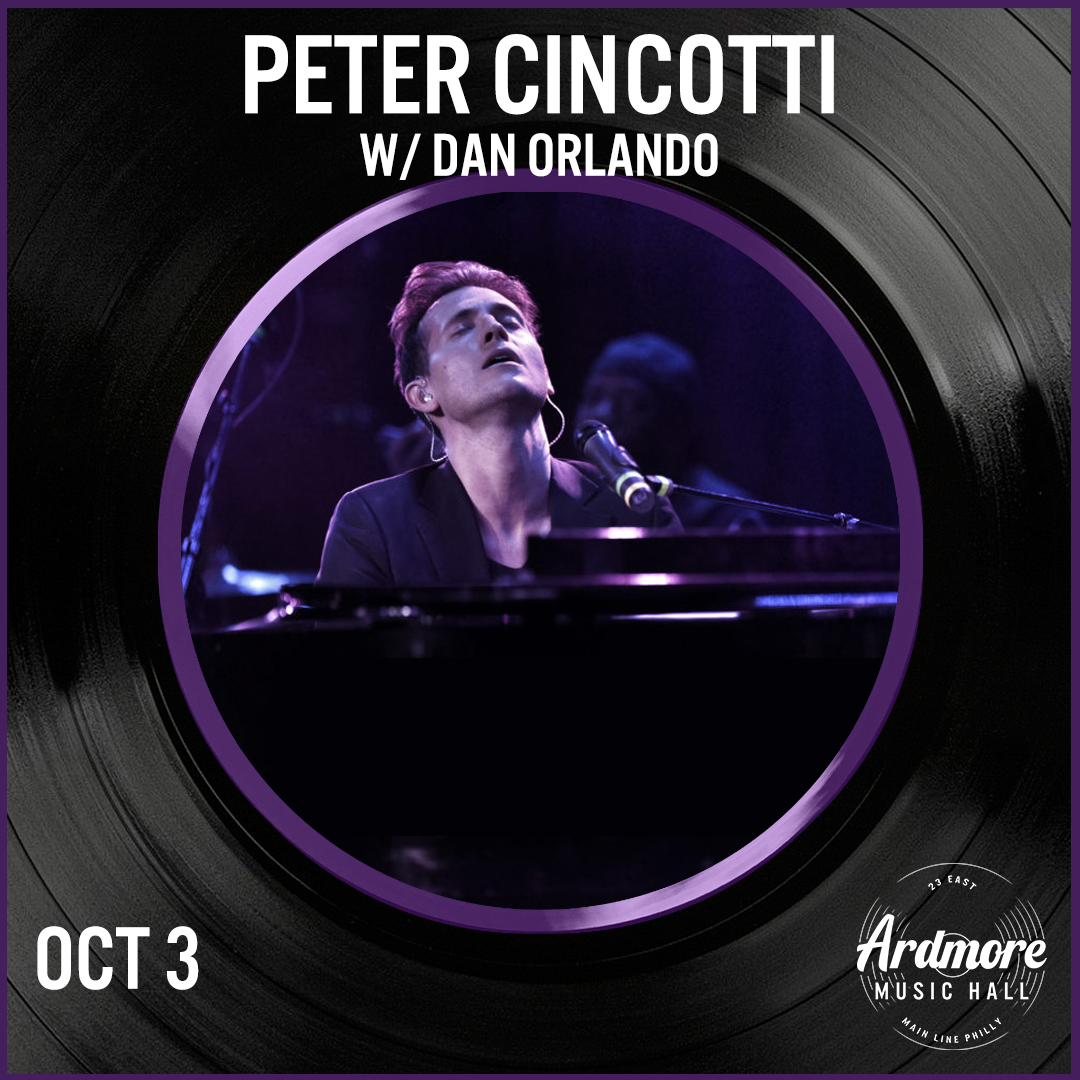