Philia Live Band is a funky-electronica band from Indianapolis, IN formed by producer/ drummer Dan Giffin. Dan hand picked some of indy's finest musicians on saxophone, keys, and bass after moving to Indianapolis from NYC, where he studied electronic music. Fans describe Philia as a tasteful blend of Pretty Lights, Big Gigantic, and if Griz were a regular at The Jazz Kitchen…The band brings a blissful, dance-able performance crossing the boundaries of jazzy-funk infused EDM.

Bonus Points is an upcoming powerhouse in the chillhop/ future funk scene. St. Louis based producer Chris Burkart has quickly made a name for himself with over 11 million Spotify streams and opening for some of today's hottest electro-funk acts across the USA. His blissful, danceable grooves leave you feeling fresh and wanting to hear more. Prepare to meet one of your new favorite producers.

Rossteaux is a new house producer breaking into the Indy scene. He spent years working on his own music while doing lighting and visual design for major artists and festivals, including Burning Man. Now he is finally paving the way with his own fresh new art, bringing tech-house grooves and redefining a new style of house music. 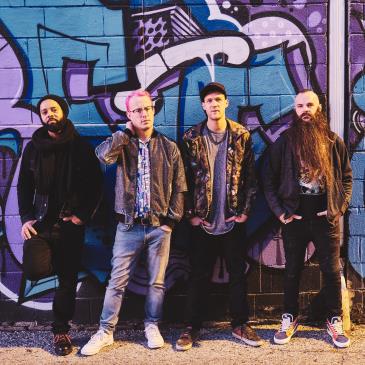