Actor-comedian-producer Phoebe Robinson is best known as the co-creator and co-star of the HBO limited series "2 Dope Queens." She’s also a New York Times best-selling author of the books "You Can’t Touch My Hair and Other Things I Still Have to Explain" and "Everything's Trash, But It's Okay," which is being adapted into a half-hour pilot for Freeform. Additionally, Phoebe has starred in the movies "Ibiza" and "What Men Want," and was moderator on Michelle Obama’s international Becoming book tour. Most recently, Phoebe launched Tiny Reparations, a production company under ABC Signature, whose first project is a talk show entitled "Doing the Most with Phoebe Robinson" that premiered April 2021 on Comedy Central. Her next book "Please Don't Sit On My Bed In Your Outside Clothes," will be the first essay collection debuting on her newly formed literary imprint, Tiny Reparations Books in September 2021. 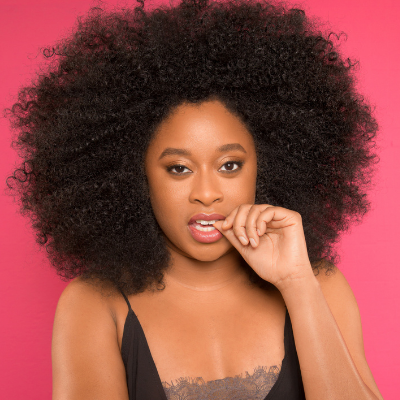