Hitting play on the debut album from Plains, the duo composed of Waxahatchee’s Katie Crutchfield and Jess Williamson, we’re immediately teleported into a world of Southern sunsets, wide open spaces, and the unapologetic nature of Country music.

Plains began out of Crutchfield’s and Williamson’s mutual love for each other’s music and after trading albums (Saint Cloud and Sorceress, respectively) in early 2020. Feeling that it was time to have a separate project that could reflect a different side of her creative inspirations, Katie felt that Jess was the perfect fit for a collaboration, and they set off to create I Walked With You A Ways.

Written between Kansas City, Los Angeles, and Marfa, the album was recorded in Durham, NC with collaborator and producer Brad Cook. The creative magic of only a few vocal takes, tracking with a band comprised of Spencer Tweedy and Phil Cook, gives the album a feel of fresh, on-the-spot conception. The trust and history of Crutchfield and Cook’s collaborations (Saint Cloud, Great Thunder EP) set the tone for this new container of spontaneity and experimentation.

With both being from the South, we hear the history of place and story in each song: Texas meteor showers, family ties, and the lineage of songwriters who have come before.

As solo practitioners of the craft of song, Williamson and Crutchfield bring a creative permission slip to both the process of songwriting itself but also to the listener. In both of their solo projects you hear a specificity of experience that is so sharp and intimate that it brings the listener into a personal side of the experience of life. With Plains, we are invited into this spaciousness of story, to a shared narrative spanning the beginning of the album to the end.

“Summer Sun,” the opening track, greets us with their two voices in perfect unison and sets the tone for the album - “come along with us, we’ll be here for you the whole time.” We’re catapulted into what feels like a small show on the back porch of a house in West Texas. There is an essence of their own friendship that clearly emerges that is just as much about joy and playfulness as it is about two people ushering each other through life’s great journeys.

And that’s the thing about Country music, and what so much of this album nods to - from Waylon and Willie, to The Judds, The Chicks, Trio, and beyond - these are groups that are formed out of family and friendship, that lyrically take their listeners on a voyage of sorrow and hope. Crutchfield’s sharp, honest edge of truth telling paired with Williamson’s ability to paint the scene with candles, plains, sunsets, and small Texas towns is one of the strongest parts of this album. “When the summer sun melts candles / I dig out the wick / Honey we’re up against somethin / Our love alone can’t fix / So I won’t see the garden or the figs when they are ripe/ It hurts to be leavin, but I know that stayin’ ain’t right”

Crutchfield brings us through what we all could stand to strive for: Setting affectionate boundaries and expectations of how we want to be met and loved in relationships. She recalls that in her solo project she might not have kept the lyrics heard in “Problem With It,” but Williamson encouraged her to. It gives the song that directness of sharing our intentions and needs, while also acknowledging the parts of ourselves that get lost when we try to contort ourselves for someone else. “Justified it in my own way / I lost myself in it / If it’s all you got, it’s enough you say / I got a problem with it.”

In “Hurricane” we are reminded that there is nothing that stops these two women from saying exactly what they mean and meaning exactly what they say. There is a formula they have developed that insists we embrace our anger, that we let it flow out of us in a way that doesn’t have to imply harm from others but also doesn’t take the blame off of them. Crutchfield has a way of laying out her mess, her mistakes, her regrets, the parts of herself she may want to turn away from - and instead decides to turn towards them in service and song. “I come in like a cannonball / I’ve been that way my whole life / Sweet as honeysuckle / When you want a pocketknife.”

In “Abilene,” Williamson again provides us with geographic scenery in her recitation of the name of this town. We can feel ourselves in that place and the question that weaves its way throughout: How do we keep love close and when do we let it go? When is forgetting just as important as remembering? “We don’t need to talk about Abilene / Cause Abilene don’t mean / No couple acres, no screened in porch / So I don’t talk about Abilene no more.”

While Williamson sings “Texas in my rearview / Plains in my heart” and Crutchfield echoes “Got a heartbreak burn, take the quickest route / On this 4 lane highway I’ll trace it in the clouds,” the true gift of this album emerges. We’re in the backseat with these two, truck windows open, wide open spaces in front of us. The feeling of being both a mess and unstoppable at our fingertips. May this album bring us all closer to ourselves and to each other.

Jake Lenderman lives in Asheville, North Carolina. He plays guitar in the indie band Wednesday, sometimes fishes on the Pigeon River, and creates his own music as MJ Lenderman. His latest solo release with Dear Life Records is titled Boat Songs. Lenderman describes the album as his most “polished” sound to date, built around songs that “chase fulfillment and happiness”—whether that means buying a boat, drinking too much, or watching seeds fall from the bird feeder.

Boat Songs is the followup to Lenderman’s 2021 label debut, Ghost of Your Guitar Solo, and subsequent release, Knockin’, with Dear Life Records, both of which were critically acclaimed for their off-the-cuff alternative country sound. But with Boat Songs, Lenderman emerges confident as ever, an innovative yet unassuming artist, straightforward and true.

Recorded at Asheville’s Drop of Sun with Alex Farrar and Colin Miller, Boat Songs is the first album Lenderman made in a professional studio. WWE matches and basketball games were silently projected on the studio walls during recording sessions. And you can hear their power in these ten unapologetically lo-fi tracks, each brimming with pent-up energy and the element of surprise.

A clavichord honks throughout ‘You Have Bought Yourself A Boat’ with the playfulness of a live Dylan/Band set. ‘SUV’ screams with My Bloody Valentine distortion. When Xandy Chelmis beautifully bends his steel guitar on ‘TLC Cage Match’ you can’t help but think of Gram Parsons. And ‘Tastes Just Like It Costs’ howls with the intensity of Crazy Horse era Neil Young. Boat Songs is fearless and it’s exciting. It challenges the perception of what modern day country music is supposed to be and where it can go.

But no matter where Boat Songs goes sonically, the album is deeply rooted in Lenderman’s natural gifts as a storyteller. Someone once asked Hank Williams what made country music successful and he said, “One word: sincerity.” Filled with everyday observations ripped straight from his journal, Lenderman’s lyrics are sincere in their absurdities, with the vulnerability and honesty of Jason Molina and Daniel Johnston. There are moments of humor (‘Jackass is funny like the Earth is round’), admission (‘I know why we get so fucked up’), and recognition of beauty others might not stop to see (‘Your laundry looks so pretty…relaxing in the wind’). Read alone on the page, ‘Hangover Game,’ ‘You Have Bought Yourself A Boat,’ and ‘Dan Marino,’ stand out as perfect little poems, unpretentious and real. Simply said, these songs are unforgettable.

Or you could also say it like this: listening to Boat Songs by MJ Lenderman is like joining your best friends out on the porch. The neighbors might be yelling and the bugs might be biting. But y’all are shooting the shit and letting loose, telling the same old stories again and again. But it don’t matter how many times you’ve heard them, because they’re from the heart—and in the end they always make you feel alive again.
-Ashleigh Bryant Phillips 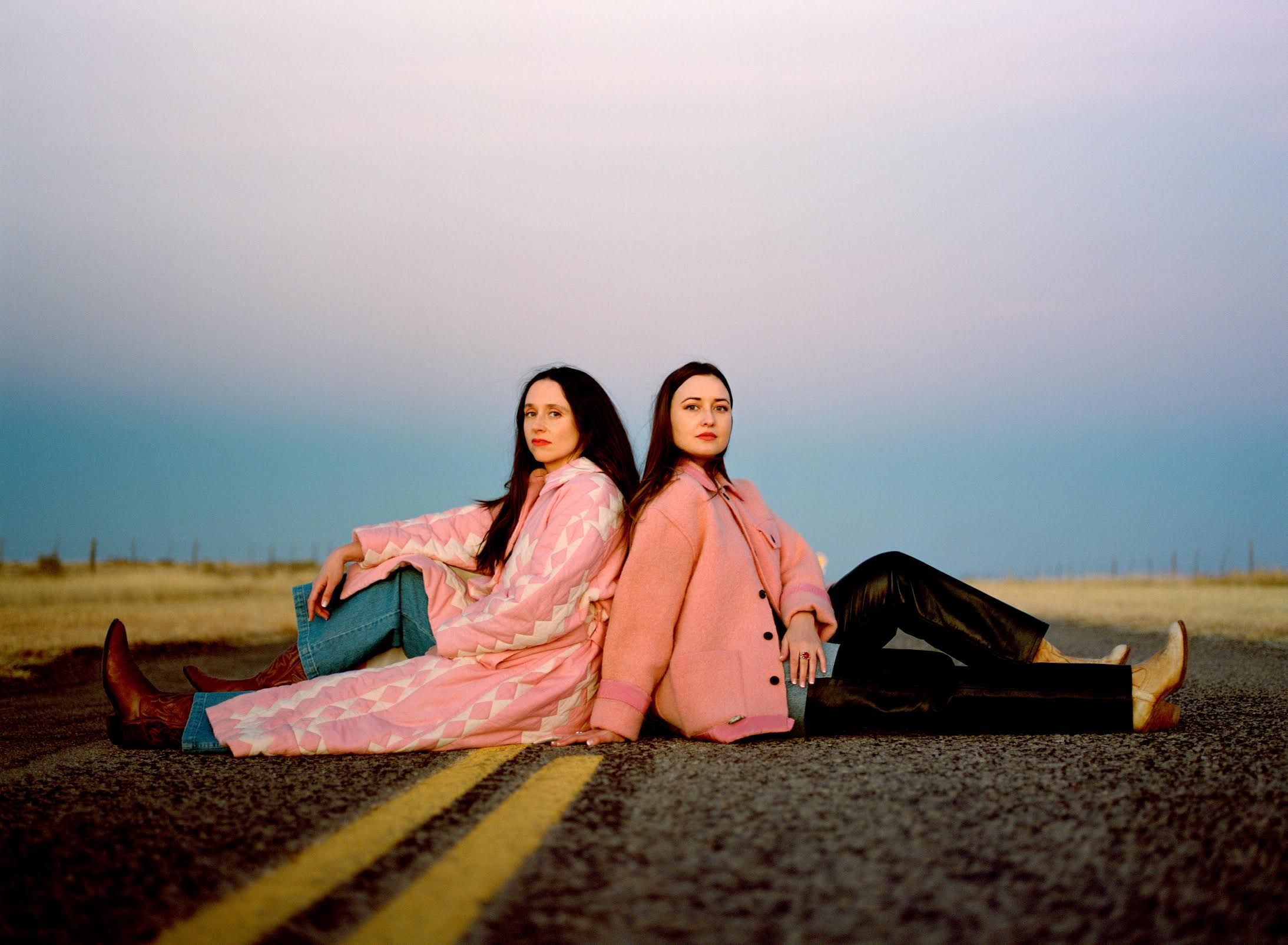