Psycho Pony has a long and varied past dating back to the late 80's. Through many permutations it has remained a vehicle of expressed admiration for the most durable figure in Rock & Roll history, Neil Young of Toronto, Ontario.

Revolution 9
https://www.facebook.com/rev9the60sband/
The concept was simple; gather some of the best professional musicians Dallas has to offer to render amazing recreations of the best era in rock and roll… the music of the 60's… for live public performance. This would be no ordinary cover band but a team whose musicianship would be worthy of honoring the greatest decade in rock history.
The songs remain with us and are passed down generation to generation, but few were allowed to witness this music in a live setting. Many groups have sprung up in the decades since to attempt a “reimagining" of this historic era, but many of those choose to put the image on stage over the actual sounds being played or, even worse, playing along to “tracks” instead of playing or singing the parts themselves. There was an obvious need for a group to take on this task as musicians, not just technicians. In order to serve this need, Revolution 9 was born.
But if the concept was simple, the goal was daunting… assembling such a band. A band who could do anything. Musicians who have broad pallates of sonic ability and range, who revere this amazing music, who pour over source material exhaustively to learn exactly what chord voicing to use for that particular part of that particular song. The primary factors for Revolution 9 are that the music is replicated in an exciting, refreshing, entertaining way in front of a live audience. Not look-alikes, not random fans, not pretenders; these are seasoned musicians performing real music on real instruments for real live music fans.
Revolution 9 are not just musicians, they are performers; entertainers with a collective history of decades of playing to a packed house and engaging an audience. The members of Revolution 9 have played on some of the largest stages and with some of the biggest acts around the world. Revolution 9 are no locals meeting at a bar to run through some tunes! They are professional entertainers.
The Revolution 9 stage show has been meticulously crafted to bring the music of the '60s to the public in a new, refreshing way. The songs… from the very beginnings of Beatlemania and the Mod movement in swinging London to the psychedelic sounds of San Francisco… have been carefully chosen to give audiences their well-known favorites as well as lesser-known gems that shine with brilliance on the live stage. Auxiliary players are occasionally brought in to cover horn sections or exotic instrument parts in order to get the true spirit of the music across. From violins and violas to sitars and rotary-effected vocals, these guys will stop at nothing to get the right sound.
And they aren't stopping there! Plans are in the works to expand the group's musical scope to include the best of the 1970's and beyond! There's nowhere this band cannot go.
Revolution 9 know that the unique qualities of a live show are the glue that connect the performer with the audience. The freshness and spontaneity of a live performance is never sacrificed for precision, and no two shows are ever the same. In a world full of dance clubs and canned music in every store, Vegas-style shows and actors acting like musicians, it’s refreshing to hear the real thing. All you need is love. 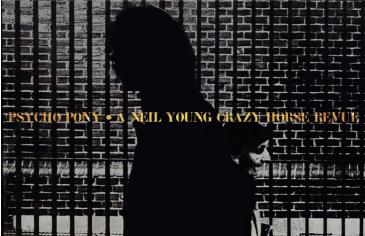