Processing...
Tickets
Online sales are SOLD OUT, however an allotment of TICKETS WILL BE AVAILABLE at the screnning. Come on down!

PUNK IN AFRICA: Three chords, three countries, one revolution...PUNK IN AFRICA is the story of the multiracial punk movement within the recent political and social upheavals experienced in three Southern African countries: South Africa, Mozambique and Zimbabwe. (82 minutes)

Plays with the following shorts:

iNVERSE: 'You've got yours, and you are definitely a part of mine...''iNVERSE is a 20 min short film that explores the subtleties of the thin lines between love, and love lost, Heaven and Hell, this very moment, and the ones just after... Staring Heidi Lewandowski, and Trevor Penick iNVERSE shows how the ones that make you feel the closest to Heaven can at times be the sources of your own personal Hell.' (20 Minutes)

Toys: A young man on his way home at 2am becomes the target of a bizarre game of cat and mouse. (3 minutes)

IF IT’S SUMMER IN THE CITY, THEN IT’S TIME FOR DOWNTOWN FILM FESTIVAL L.A.
The award-winning Downtown Film Festival L.A., now in its 5th year, will be held this year July 10-20 at the Downtown Independent Theater, the AT&T Center Theater, The Grammy Museum Clive Davis Theater, and alternative venues throughout downtown.

This year’s festival will screen more than 100 films — features, documentaries and shorts — from local, national and international filmmakers. The festival will showcase Los Angeles premieres from other leading festivals including Sundance, Slamdance, SXSW and Tribeca. Winners from the festival’s international digital shorts competition will be presented at the Los Angeles Center for Digital Art during the July 11th Downtown L.A. Art Walk. A special showcase of 3-D short films from France will screen on Sunday, July 14th. 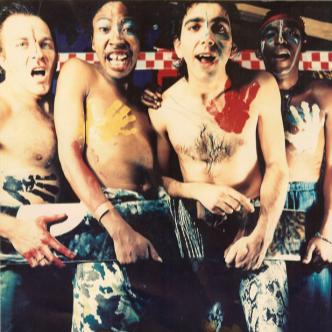