Last year, during our industry wide shutdown, MaxxMusic created a livestream concert series based out of Neighborhood Theatre called Queen City Streams which gained recognition both locally and regionally, including being named Best Of The Best Virtual Concert Series by Charlotte Magazine. Our focus was to highlight the diversity of the Charlotte music scene and a few artists from beyond with performances ranging from classical to hip-hop to rock to soul to r&b to old timey country swing to Latin ska to Irish folk and so many other points in between. We concluded the LIVESTREAM portion of this programming in April to retool our concept. In June, we began filming bands again, but this time we filmed in front of a live studio audience to be released at a later date. The time has finally come.

The next phase of Queen City Streams will feature a star-studded multi genre lineup of who’s who in the Charlotte Music Scene. On Thanksgiving Day (11/25), we will stream our first episode which will be a variety show of ALL of the new performances filmed so far. The special will air at 8pm EST on both YouTube &Facebook and will have at least 1 song from each of the artists recorded:

Cuzco (rock) -stunningly moody instrumental rock that is called "undefinably golden" by CLTure. Attached is an entire song from the performance!

Natalie Carr (pop) -this was the highly anticipated DEBUT PERFORMANCE of this internet phenom that Queen City Nerve says is on "A Course for Success on her own terms...raw &powerful"

Benji Hughes (rock) -this was the first appearance from hometown hero, Hughes, in years and he did not fail to deliver an epic performance

Samoht (gospel/r&b) - he hopped up as a guest during Greg Cox's show and blew the room away so we took a chance on this show and Samoht did not fail to deliver! 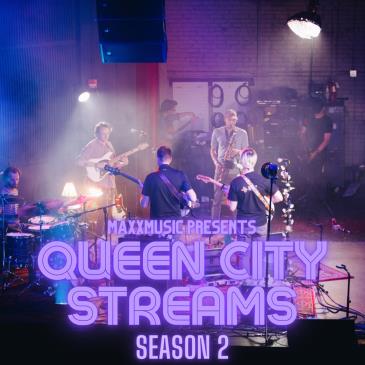