Join Queen V at The Atlantic BKLN to celebrate the release of the final chapter of the Bridges trilogy, Bridges Vol. 3! The night will feature a retrospective set featuring selections from all three volumes, including V telling the stories behind the songs, plus some select fan favorites and covers thrown in! After V's set the studio version of Bridges Vol. 3 will make its premiere over The Atlantic's sound system, so those in attendance will be the very first to hear the album ahead of its  release date. As always, V has some fun surprises in store for the evening, it will be a night to remember, you won't want to miss! 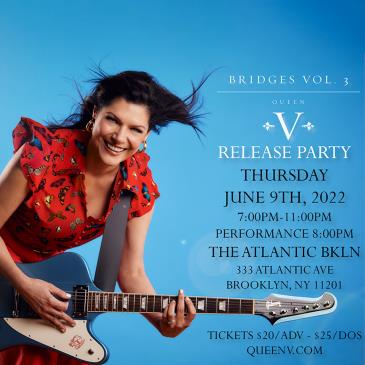