RAM ON - The 50th Anniversary

The Dirty Diamond is a rock band with true chemistry and timeless songs. Their musical and personal bond can only be described as a brotherhood. This LA based 4-piece has been getting major buzz in its hometown of Los Angeles and elsewhere with their high-energy live shows. In recent years, they’ve headlined some of the most notable venues in LA, including their favorite home base, the Troubadour.
Front man Sam Babayan is a shaman-like troubadour with lyrics and melodies that touch the heart and make you feel alive. Songs like "From The Stars", "Changes" and "Love and Light" are uplifting anthems of soul liberation and self-realization. The rest of the band is made up of some of the finest musicians in LA. Guitarist Fernando Perdomo is a producer and session multi-instrumentalist who's toured and recorded with the likes of Jakob Dylan, Fiona Apple, Todd Rundgren, and many more. Drummer Shay Godwin tours the world with the renowned Andra Day, who happens to be a fan of the band. Bassist Derek Frank currently tours with Gwen Stefani and the ultimate country diva Shania Twain. These musicians work hard, but The Dirty Diamond is where they shine the brightest.
Their new upcoming single "I Come Alive" is co-produced by Sebu Simonian of critically acclaimed pop duo "Capital Cities". The song was inspired by Sam Babayan traveling to his native Armenia and wanting to give back to his homeland with the gift of music and unity after a recent war. The single hits all streaming outlets on July 8th 2022 with a cinematic music video filmed on location in the historic town of Gyuri, Armenia where the song was initially written. 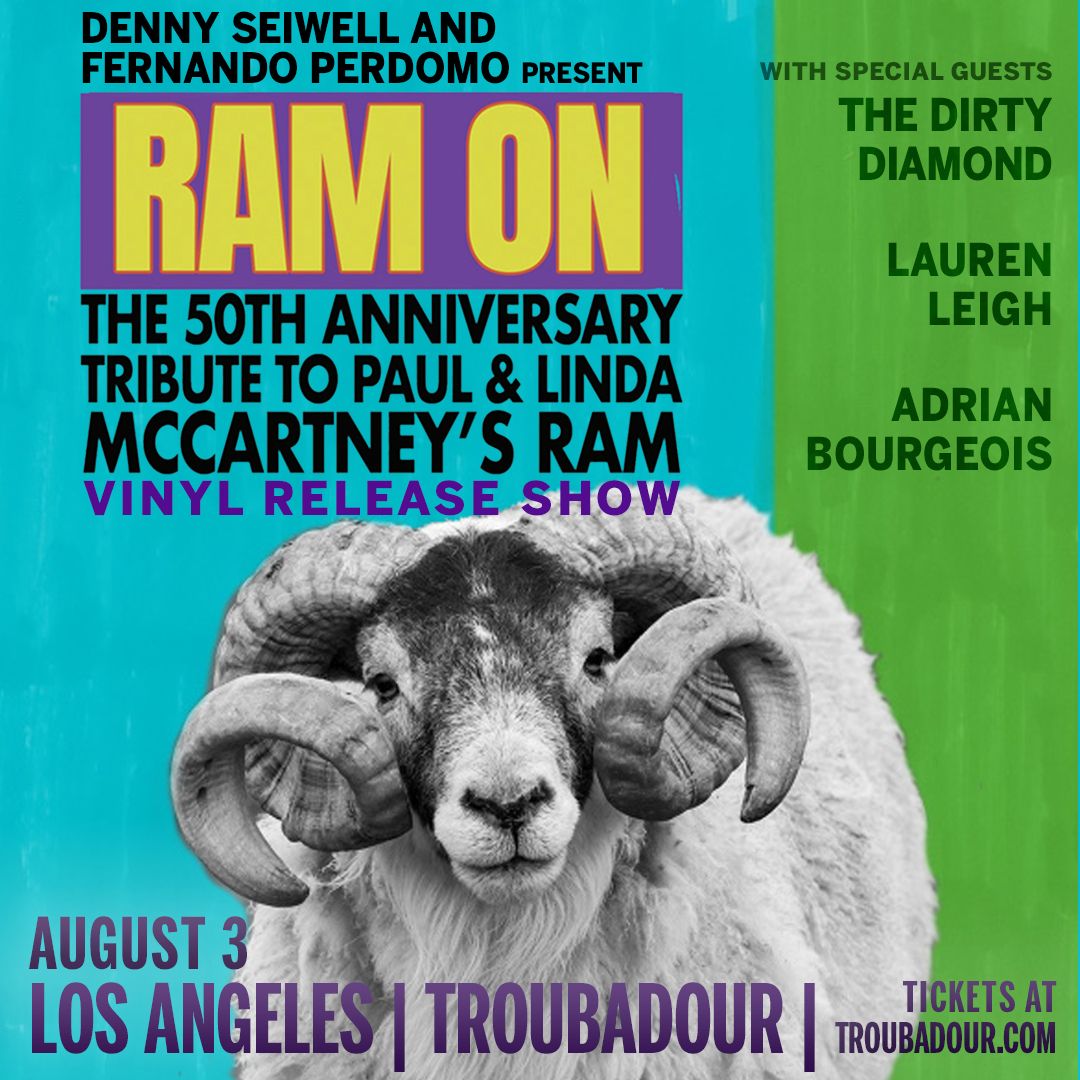 RAM ON - The 50th Anniversary