Pokey Lafarge's Indianapolis date at HI-FI has been rescheduled for Saturday, November 6, 2021.  All tickets purchased for the original date will be honored on the rescheduled date. Please direct any questions to boxoffice@mokbpresents.com.  You can follow our ongoing list of affected shows here: http://bit.ly/mokb-hifi-covid19updates

Pokey LaFarge is a musician. He is a storyteller. He is a feeler of feelings. He is a narrator of the messy, unkempt American experience. He sits, he watches, he writes. Everything that’s worth happening happens in his songs. Like the long line of writers and performers he descends from, music isn’t something Pokey does – it’s something he is.

This is why MANIC REVELATIONS shines like 10 daggers laying on the kitchen table in his St. Louis home. From that vantage point, in the center of this vast continent, Pokey takes long looks from shore to shore, feeling the direction of social winds, ingesting sights and sounds from all around, observing the news of the day.

And so he was ready for the evening when a sociological tinderbox caught fire. Mere minutes from his front door, night after night, social unrest caused everyone in America to stop and wonder which side they were on. In the face of this upheaval, Pokey took to his studio and began writing. That’s how artists deal with uncertainty: they bleed on paper until the pain subsides. Soon, he found that one song led to the next. He couldn’t put it down. One manic revelation led to another. In the thrall of it all, an album started to appear in front of him.

“The manic revelation is the state where artists create,” says Pokey. “I got to the point in writing these songs where I felt like a house on fire that just kept burning.”

But long before he caught fire, he started on the smallest stage one could imagine: playing by himself on street corners. He moved to the west coast to follow the ghosts of the Beat writers, and Steinbeck before them. He began to ply his craft in the bitter cold of Madison, Wisconsin; in Kentucky, he learned the mandolin; and in the sweltering humidity of Asheville, North Carolina, he learned the fiddle. That’s where he met a few guys who would urge him to come to St. Louis to play; soon after, they would become his backing band, the South City Three.

And now, thousands of shows on four continents later, we find ourselves here, on the eve of release for Pokey’s most powerful album.

“I’ve always felt that the live shows were the best representation of our music,” he says. “Only now do I feel that I’ve made a better record than the live performance.”

This is the one where the style of music recedes, as the foreground swells with evidence of Pokey’s observations of pain, joy, confusion. This one is where his artistic character shines. And where we see that artistic blood on the page, unvarnished and raw. MANIC REVELATIONS is the second coming of an artist who, over the past decade, has taken the workaday approach to building a body of work, and a worldwide fanbase. After a decade of struggle, it’s all paid off here. And it’s all riding on this album.

True to this statement, there are no lookback songs on MANIC REVELATIONS. This album is all about looking outward, looking forward – and we’ve never seen Pokey’s observational craft in a more stark relief. This hasn’t happened by chance. Artists who write from real life experience have no choice but to change themselves if they want to progress their art. With this in mind, Pokey has been hard at work pushing out the corners on himself.

“I’m always changing,” Esther Rose sings at the top of her sophomore album, ‘You Made It This Far.’ The line is at once a promise and a plea, a concise distillation of her commitment to evolution as well as her dogged determination to meet every challenge in her path with unconditional acceptance. Laid-back yet deliberate, her delivery here marries old-school country and rural folk with a plainspoken philosophy that’s thoroughly modern, and the end result is a record that’s as joyful as it is restless, one that weaves fiddle and lap steel around profound revelations, late night conversations, and all the moments in between.

“There’s this theme of radical acceptance running through the whole album,” explains Rose, who recorded the album live to tape in just four days. “I didn’t realize it until after I’d finished writing the songs, but they all came from this place of trying to understand and truly accept myself and others in our most vulnerable moments of confusion or despair.”

A New Orleanian for the last decade, Rose first gained national prominence with the release of 2017’s ‘This Time Last Night,’ an intoxicating debut that prompted Fader to praise her “honest, gorgeous country songs” and rave that “her voice has a pitched-up June Carter quality, her melodies are simple like Jimmie Rodgers’s, and her tone is reminiscent of bluesy, lovelorn greats like Rex Griffin and Patsy Cline.” The record earned Rose festival performances from Savannah Stopover to AmericanaFest alongside dates with The Punch Brothers, Pokey Lafarge, and The Deslondes, and it even caught the ear of fellow Detroit native Jack White, who was so taken with the music that he invited Rose to duet with him on his ‘Boarding House Reach’ album and to share the stage for a live performance at Jazz Fest. 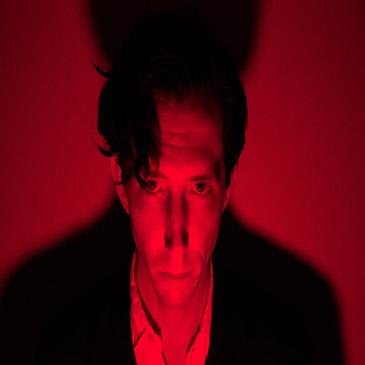