Tickets are sold out. Please join the wait list to be notified if tickets become available.﻿

Shakey Graves' Indianapolis date at HI-FI Annex has been rescheduled for Monday September 20, 2021.  All tickets purchased for the original date will be honored on the rescheduled date. Please direct any questions to boxoffice@mokbpresents.com.  You can follow our ongoing list of affected shows here: http://bit.ly/mokb-hifi-covid19updates

The prehistory of Shakey Graves exists in two overstuffed folders. Inside them, artifacts document an immense era of anonymous DIY creativity, from 2007 through 2010 -- the three years before ​Roll The Bones​ came out and changed his life.

There are stencils, lyrics, drawings, prototypes for concert posters, and even a zine. The latter, which Graves -- aka Alejandro Rose-Garcia -- wrote and illustrated, tells the tale of a once-courageous, now retired mouse who must journey to the moon to save his sweetheart. At the time, he envisioned the photocopied storybook as a potential vessel for releasing his music.

"There was a lot of conceptualizing going on -- trying to figure out what I wanted stuff to look like, sound like, and be like," Rose-Garcia recalls, shuffling through the physical files on his second-story deck in South Austin. "And, honestly, a lot of trying to keep myself from going crazy."

In this lode of unreleased ephemera, CD-Rs are the most bountiful element. There are dozens of burned discs with widely varying track lists, loosely resembling what would become the Austin native's 2011 breakout debut ​Roll the Bones​. For Rose-Garcia, who's long loved the incongruous art form of sequencing strange mixtapes for friends, his own record was subject to change every time he burned a disc for somebody. Consistency didn't matter, he asserts, because there was no demand or expectations.

Thus ​Roll the Bones​ was by no means a Big Bang creation story, rather a years long process of metamorphosis where literally hundreds of tracks were winnowed down into ten. As the album took shape, he began manufacturing one-off editions of the CD, stapled to self-destruct in brown paper, with black and white photographs glued upon them, and an ink pen marking of the artist's enduring logo: a skull struck by an arrow.

"I liked that if they were opened, you couldn't close them again," he smiles. "Sometimes I'd spray paint the CD so they looked good and people would stick them in their car stereo and it would fuse in and never come out. They'd tell me, 'You're lucky I like this record because it's the last one I'll ever be able to listen to in my car.'"

In the shadows self-doubt that surrounds any artists first record, Rose-Garcia had a fantasy: he releases ​Roll the Bones​, only ten people hear it, it's rediscovered a decade later by Numero Group, hailed as before-its-time, and finds an audience as a lost treasure. He still plays that scenario through his mind like an alternative reality.

Of course, that's far from what actually materialized. ​Roll the Bones​ was released on the first day of 2011 without a lick of promotion advancing it. It was simply thrust into the world as a decapod of perplexingly memorable, narrative-wrapped songs with a mysterious cover and no information about the artist... only available on the relatively new platform of Bandcamp.

That year, an editor at Bandcamp made it a featured album for a month and from there it stayed in the website's top selling folk albums evermore. The record has since seen well over 100,000 units sold -- even while being available for free download. In the "Supported By" section of the ​Roll the Bones​ Bandcamp page, you can endlessly click "more" and squares of avatars will keep showing up until you grow tired and stop.

"If you discover something for yourself, it will always hold more water because it's tied to memory and coincidence," Rose-Garcia reasons as to why he never pushed ​Roll the Bones​ onto a wider marketplace. "It gives you a sense of ownership as a listener."

Along with its deluxe vinyl emergence, ​Roll the Bones​ today becomes available through all digital service providers -- Spotify, Apple Music, YouTube, et all. For the last decade, the songs have lived exclusively on Bandcamp. This full-spectrum digital release arrives concurrent with Shakey Graves Day, which was minted on February 9, 2012 by Austin Mayor Steve Adler. Year one, Rose-Garcia spent what he calls his "alter ego's birthday," as an excuse to go play laser tag. Ever since, he's used it as an occasion to stage intimate pop-up shows and open up the attics of his discography -- making all of his albums, plus hundreds of unheard songs temporarily available for free.

"I've used Shakey Graves Day as a challenge to myself," he assesses. "I make so many random songs throughout the year that I either forget about or I'm too nervous to put on an album and it becomes a clearinghouse for that. It surprises me when people tell me that something released that day is their favorite of my stuff. In a larger sense, it builds off what I initially did with ​Roll the Bones -​ which is give it away for free."

Accompanying ​Roll the Bones​ anniversary pressing are 15 additional tracks comprising an ​Odds + Ends​ LP, which stands as an essential document of Grave's early era. Highlights include the mandolin imbued "Chinatown," which sounds like it could be dubbed off a 1930's silver screen soundtrack, and "Saving Face" -- a seminal version of what would become ​Roll the Bones​ title cut. The crown jewel, however, may be a the first ever proper recording of the trifling love song "Late July," a version that's drastically different than the live rendition that's racked 14 million views on YouTube.

Prepping ​Roll the Bones​ thoughtful 2021 edition gave Rose-Garcia an opportunity to take a new look at the person.

"I hear someone who felt really trapped," he reveals. "In a lot of ways it was a breakup record. My first serious relationship had fallen apart and I was wanting to break up with my life -- run away, be transient, and figure out who I was in the world. I can hear myself blaming the girl and trying to support myself, like maybe it's okay to be dirty and crazy and have blinders on. Then, at the end, everything's zooming back in and I'm saying 'I guess I just got hurt and I'm in a bit of pain and, you know, it's going to be okay.'"

Claiming he's "further confused" listeners with each release, Rose-Garcia believes this purge of early output will provide some needed framing for his discography. It's his genesis story, before he had the studio time to make the shiny ​And the War Came​ or the full-band cohesion to make the painstakingly dense ​Can't Wake Up. To him, it's a scrappy effort, but the most intentional work he's ever produced -- and, a decade later, he wouldn't change a thing.

"It's a record that sounds like my years of exploration and influence, funneled through my abilities at the time -- and it all became something bigger," he muses. "If you would've offered to me: 'Let's do ​exactly​ what you want, right now" ​Roll the Bones​ wouldn't have come out like this... and I'm happy that's the case. Total control is an unhealthy myth, it leaves out the emotional side of how all the accidents come together. This record's a period of time smashed into a single product and, in my own heart, it's a moral compass: to always get back to feeling like this about the songs I make."

If you’ve spent any time exploring Kentucky’s booming folk/rock/country scene, chances are you’ve heard somebody say, “You’ve really got to hear Abby Hamilton.” The Nicholasville singer-songwriter has garnered a reputation as a can’t-miss live performer, opening for acts like Kelsey Waldon, Valley Queen, Arlo McKinley, and Justin Wells, as well as singing at festivals including Master Musicians and On the Rails. With influences ranging from the classic country divas to Bruce Springsteen, she wins over audiences with her clever lyrics and entrancing vocals.
Her long-anticipated second EP, “Afraid of the Dark,” is bound to appease Hamilton’s avid fan base, perfectly encapsulating her unique sound that feels just as comfortable in the Appalachian mountains as it does in a whiskey-soaked bar room in the city. She spent months in a hollow in Prestonsburg, Ky., crafting songs that tell stories inspired by true events about hope, home, and young love. It’s a genre-bending folk-rock experience that cements her place as one of the region’s most interesting young songwriters.﻿ 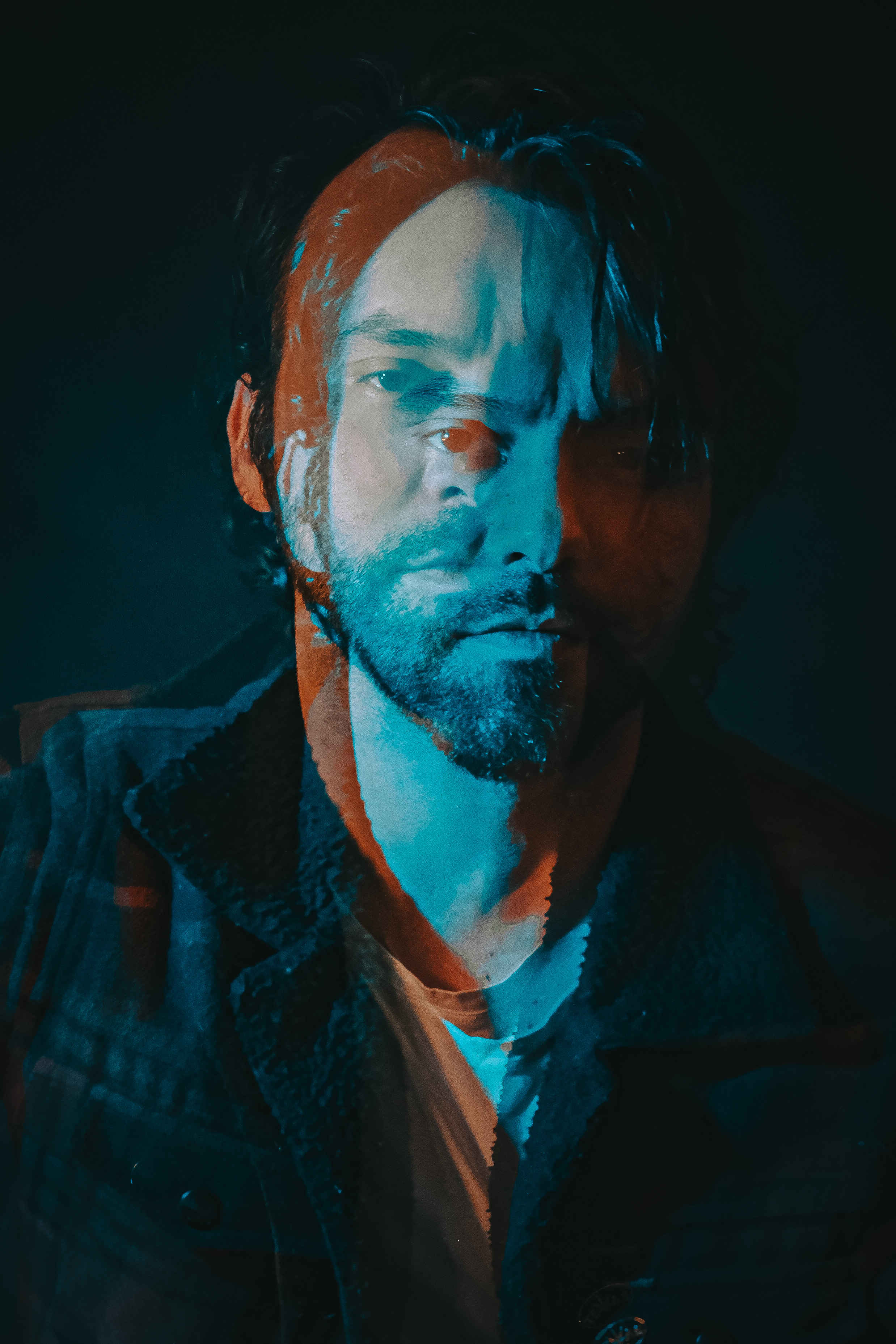