*All attendees must be fully vaccinated and be able to show proof (via card or QR code). SF also has a mask mandate so you must mask up when not drinking or eating. Let's keep everyone safe and sound during this return to live music!*

Hailing from Sacramento, Rituals of Mine is the immersive, hybrid R&B-electronic project of Terra Lopez. Formerly known as Sister Crayon, the project led by Lopez and musician Dani Fernandez changed their name to Rituals of Mine after the then-duo signed to Warner Bros. Records in 2016. After parting ways with Fernandez in the fall of 2017, Lopez reclaimed Rituals of Mine as a solo project. Now, Lopez as Rituals of Mine is set to release her first album as a solo act, Hype Nostalgia. https://ritualsofmine.com/

Emily Afton is a genre bender. Her music is emotional indie plush pop with ribbons of electronica, punctuated with dark rhythmic synths, heartfelt lyrics and a passionate, sultry voice. After releasing her EP Consideration on March 6, 2020, the global pandemic hit California and presented Afton with the question of what life as an artist would look like in a changed world. Dividing her time between Oakland and LA, singer-singer and multi-instrumentalist spent her time in quarantine trying on a new, stripped-down approach to making music. The result of this experiment was an unexpected glut of creativity that resulted in her most poignant work yet, RECONSIDERATION (out July 16, 2021). https://www.emilyaftonmusic.com/

Mahawam is an artist, musician and producer based in Oakland, California. Black and queer, among many things, Mahawam’s work centers the range of experience at the intersection of those identities. A meticulous flow, sobering punchlines, and propellant, genre-defying productions combine in often unusual ways to form a playful hip-hop sound all their own. Mahawam translates this atmosphere to the stage with understated confidence, presenting a raw and immersive experience during their energetic live show. Mahawam is currently working on the follow up to their debut EP “Is An Island,” available everywhere via Molly House Records. https://mahawam.com/ 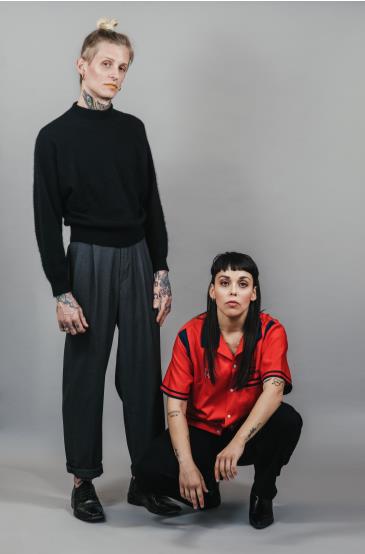