Since beginning his comedy career in Melbourne, Australia in 2005, Randy Feltface
has written and performed eight solo stand-up comedy shows, released three
comedy specials, played sold out seasons in London and New York and been
nominated for Best Comedy at the Edinburgh Fringe Festival.  He made his US
television debut on NBC’s Bring The Funny in 2019 and has been invited to perform
at the Just For Laughs Comedy Festival in Montreal on four separate occasions.
In 2010 Randy joined forces with musical comedian Sammy J to create Ricketts Lane,
which won Best Show at the Melbourne International Comedy Festival and went on to
become a television series of the same name, airing in 2015 on ABC TV in Australia,
Seeso in the US and Netflix in the UK. Randy's role in Sammy J & Randy in Ricketts
Lane earned him an AACTA Award nomination for best performer in a comedy series,
the first non-human performer to be recognised in this category. He opened his most
recent show Modus Operandy at the Sydney Opera House as part of the 2019 Just
For Laughs Festival before shows in London, Amsterdam and an extensive North
American tour. Randy’s live show is a high energy existential crisis, full of biting
observations, razor sharp crowd work and rapid arm movements. 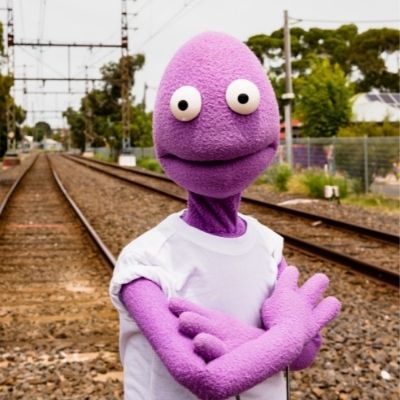