Please note this performance is requiring all attendees to provide proof of vaccination OR negative COVID-19 test within 72 hours of the event for entry.

In a world filled with bullshit, Rare Americans are the real deal. The genre-bendingVancouver punks have already built a passionate fanbase with their all-in-it melodicism and inventive storytelling. Their music and messages cement them as a force to be reckoned with. Bandleader, James Priestner, and his gang have levelled up their sound by drawing across a myriad of genres while keeping true to what makes them unique: Telling crooked and catchy stories.

Since their debut in 2018, the band has amassed almost 200M global streams, 1M social media followers, a 2020 Juno for their song “Brittle Bones Nicky”, a song featured in Warner’s Scoob! The Movie soundtrack, and a spot on the Billboard Top 100 album charts for their album RA2.This is an invitation to walk into RA’s world of colourful characters and stories— So what are you waiting for?

Rare Americans began its journey while James and his older brother of 11 years Jared, a co-writer but not performing member in the band, were on a vacation together in the Caribbean. James recalls jokingly saying to Jared, “We should write some songs together,” to which Jared responded, “Fuck that, what about an entire album?” A week and a half later, the two of them had created 15 songs in what would later become their eponymously-titled debut album. Since then, Rare Americans have rounded out the crew with the addition of Slovak guitarists Lubo Ivan and Jan Cajka, and drummer Duran Ritz. They’ve racked up over half a million monthly listeners on Spotify in the process.

Rare Americans are telling their stories directly to anyone who wants — or needs — to listen. These tales are easy to relate to for anyone who’s been down or has struggled to keep up, yet are also laced with devilish optimism and hope. “We’re trying to inspire and empower our fans,” Priestner states while discussing the band’s mission. “We’re an independent band, the underdogs, and I think a lot of our fans relate to that.” 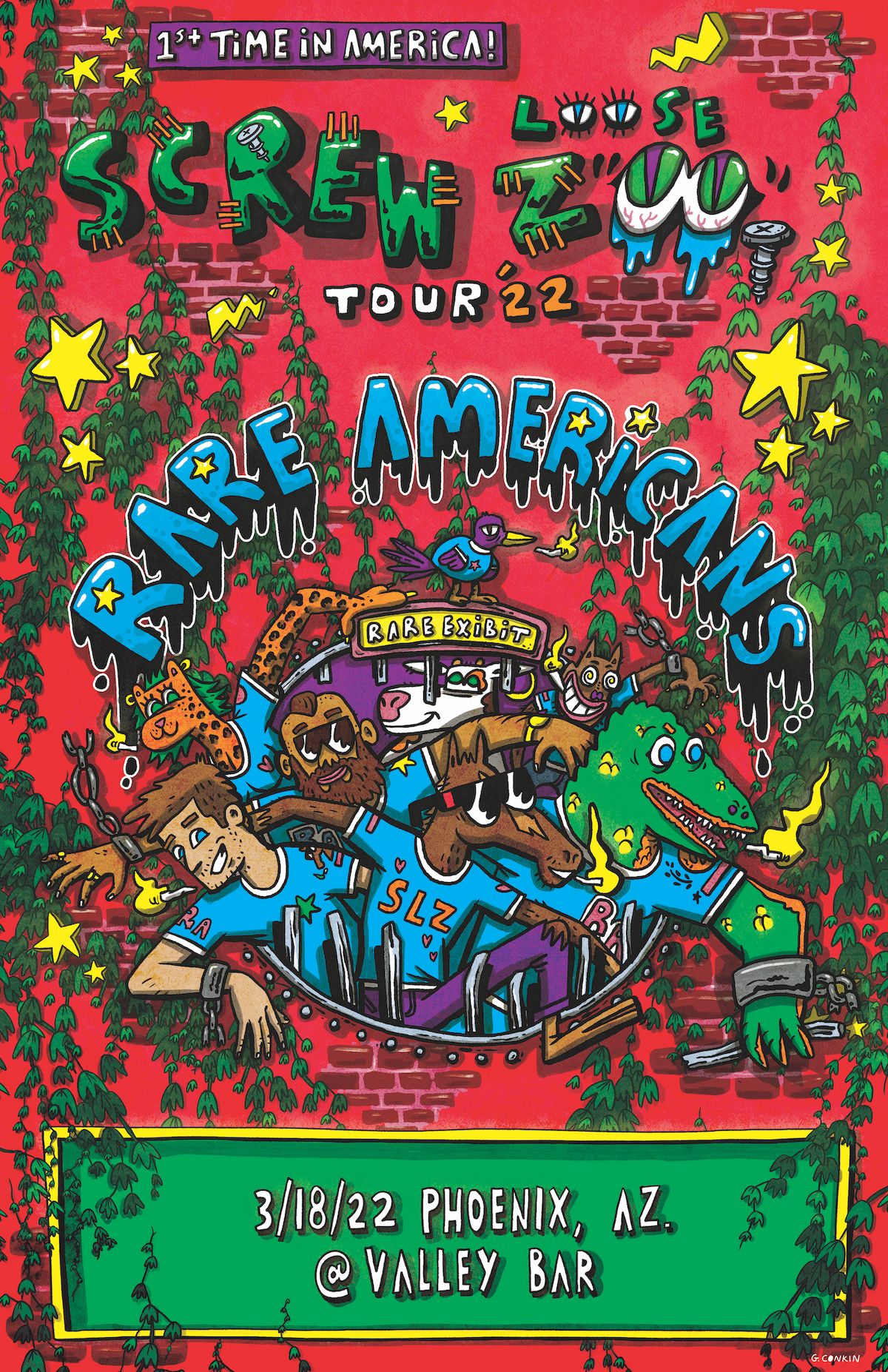