2021 is the yearRebecca Blacksolidified her stamp on pop culture. The first offering from Black’s June 16th project release, “Girlfriend,” left the internet stunned. “Rebecca Black is having a major moment, right now,”PAPERdeclared and Billboard most recently highlighted herGLAAD Media Awardsperformance of the song as a “best musical moment” of the night, who also named the track“bubbly...fun... and... the exact kind of pick-me-up that so many of us are looking for.”Vulturecosigned,“she’s now serving up queer pop anthems.”The 23-year old singer, songwriter and creator, delivered a post-breakup bop “Personal,” to unapologetically cry and dance to; a song that melts bubble-gum pop and hyperpop glitches as smooth asThe Secret World of Alex Mack! To celebrate the 10th anniversary of her song of the zeitgeist, “Friday,” Rebecca, who has racked up1.5 MillionYouTube subscribers and1 Million Instagramfollowers (@msrebeccablack), released a“Friday” remixfeaturing an array of electro-poptasm, including Dorian Electra, Big Freedia, 3OH!3 & produced by Dylan Brady of 100 gecs.“I have waited TEN YEARS FOR THIS, REBECCA,”@MTVposted with excitement.“Omfg. I can’t wait to see/awkwardly attempt the inevitable TikTok challenge for this song,”@Cosmopolitan alsoshared with anticipation on Twitter. In 2011, Black’s viral hit “Friday” was viewed by more than 150 million people worldwide and became the fastest-growing song and video that year. Now with a RIAA Gold certification, a No. 1 on Youtube, Billboard’s Heatseekers chart, and a Teen Choice Award (“Choice Web Star”) to her name, the decade wrapped up with Rebecca making notable highlights of the past 10 years including features in Rolling Stone and Billboard. Rebecca Black also appeared in Katy Perry’s music video “Last Friday Night.” In her leisure, Rebecca advocates for anti-bullying, mental health initiatives and the LGBTQ+ community, across recent partnerships with the AdCouncil, GLAAD, and Best Buddies. 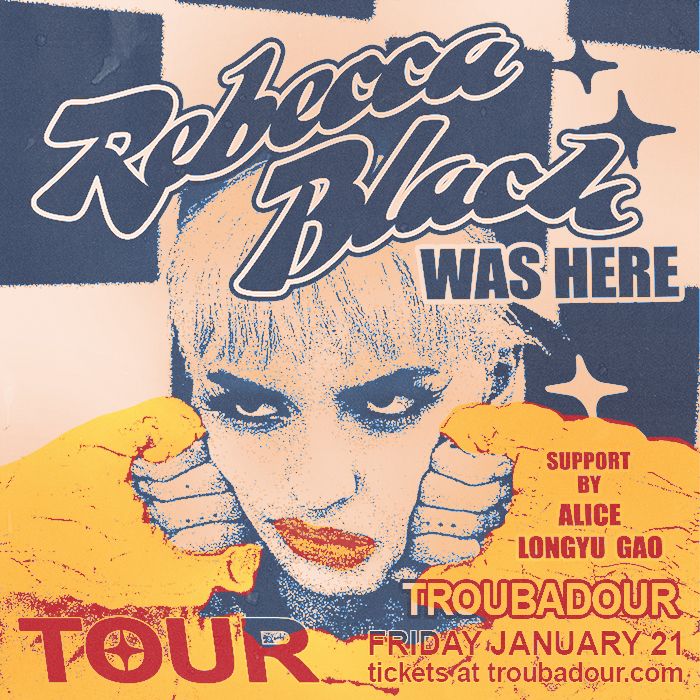