Red Wanting Blue's Indianapolis show at HI-FI has been cancelled. Refunds are available at point of purchase.  Online buyers will be refunded in 3-5 business days. Please direct any questions to boxoffice@mokbpresents.com. You can follow our ongoing list of affected shows here: http://bit.ly/mokb-hifi-covid19updates

If it’s hunger that drives Red Wanting Blue, then it’s love that sustains them: love for the band, love for their fans, love for the journey. After all, desire is nothing without love, and ‘The Wanting’ is nothing if not a testament to the power of desire. "It is beyond reason that the heart wants what it wants...yet still it persists,” Terry concludes in the liner notes. “I imagine wherever there is the breath of life....with it will be the wanting."

On the border of folk and rock, many of Andre Costello’s songs dance between the upbeat and the melancholy, often landing on both at once. The Pittsburgh artist isn’t so much a storyteller as picture-painter in his songwriting, calling to mind Wilco and My Morning Jacket in his chords and lyrics, and Leslie Feist and Neil Young in his vocal textures. (Painting pictures isn’t so unfamiliar to Costello, a graphic designer by trade.) 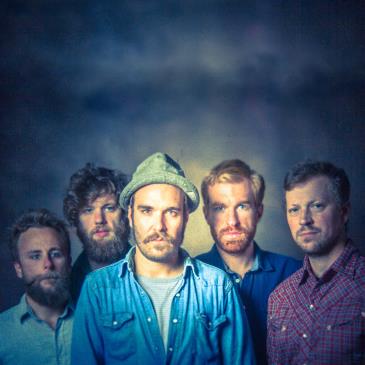