A timeless rock & roll band for the modern age, Andrew Leahey & The Homestead are torchbearers of an anthemic, guitar-driven sound once held aloft by icons like Tom Petty and Bruce Springsteen.

It's a sound that's taken the Nashville-based Leahey around the world, from sold-out shows in Norway, Mexico, and South Africa to a string of cross-country tours back home. Along the way, his songwriting — hailed by Rolling Stone for its "celebratory mix of sharp storytelling and fist-pumping rock & roll swagger" — has left a unique mark, climbing the Americana Airplay charts one minute with the Top 50 hit "Little in Love" (from Leahey's 2016 debut, Skyline in Central Time) and finding a home on pop/rock radio with singles like "Start the Dance" and "Airwaves" (both taken from his international breakthrough, 2019's Airwaves) the next.

When a global pandemic brought the world to a standstill in 2020, Leahey got creative. He launched a weekly livestream concert series, "Andrew Leahey: Live & Online," from his living room, playing to thousands of viewers every Thursday night and cracking the Top 40 on Pollstar's Livestream chart. He also played lead guitar on Elizabeth Cook's Aftermath, an album produced by Butch Walker and released to widespread critical acclaim that September. Most importantly, he continued releasing new songs of his own, from "Keep the Car Running" — a larger-than-life tribute to the power of the FM radio dial, praised by Rolling Stone as "unrelenting rock for uncertain times" — to the heartbreaking ballad "New Memories (4202 Franklin)," which was inspired by a family member's battle with Alzheimer's. COVID-19 might have cancelled Leahey's touring plans, but it couldn't keep him from moving forward.

As a frontman, songwriter, multi-instrumentalist, contemporary guitar hero, and award-winning music journalist, Leahey knows what it means to push through a life-threatening health scare. During the years leading up to Skyline in Central Time's release, he was diagnosed with a brain tumor that sat on his hearing nerve, jeopardizing not only his hearing, but his survival, too. The operation to remove the tumor took 12 hours; the recovery took more than 12 months. When Leahey returned to the road, he did so with a renewed purpose and perspective, crafting rock & roll anthems that celebrated everything he previously took for granted. Years later, it’s that same sense of purpose — entwined with electric guitars, thick harmonies, and vocal hooks that swing for the fences — that continues to thrive at the center of Leahey’s music. 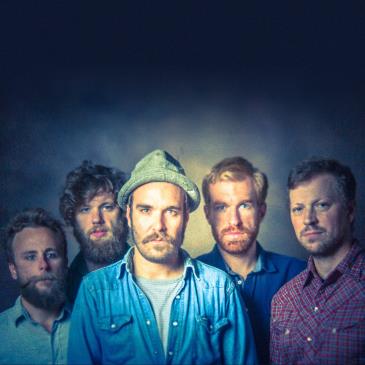