Reneé Rapp writes emotional anthems that capture her hopes,fears, and insecurities with the intimacy of a diary entry. The North Carolinanative isn’t afraid to get messy—she leans into her wild, unpredictableimpulses when creating music and connecting with her growing fandom. Her boldvulnerability powers songs like “Tattoos,” her major-label debut single, whichfinds the 22-year-old singer, actress, and dancer exploring the highs and lowsof a fledgling love affair.

“If I’m being honest, when you look at me, it’slike kissing a million angels,” she sings on the track, later adding, “15and 16, I had to be strong / 22 I'm still scared of it all / 'Cause I know oneday I could wake up and you'll be gone.” The soaring ballad instantlyresonated with fans, who begged her to release it after she teased it on TikTokin April.

“To be honest, the fan reaction to ‘Tattoos’ isthe only reason I had enough confidence to release it,” the singer says. “If itwere up to me, I would have sat on the music for another two years, but thefact that it was received with such open arms made me feel less alone.” Rappwas initially hesitant to be so transparent with her emotions but after sharing“Tattoos” she’s realized that being honest can be empowering.

While Rapp is only now sharing her mostintimate thoughts with the world, music has been a source of strength andinspiration since childhood. “I couldn't sit still in the car unless there wasmusic,” she says. “Otherwise, I would cry the entire time.” Her mercurialemotions were a regular challenge throughout her adolescence, which oftenresulted in her feeling isolated and lonely. “Everybody just said I was‘emotional’ and I cried too much,” she says. “I was always the one in thefriend group who was made fun of for being so emotional.”

Eventually, she realized that her sensitivitywas her secret weapon. She learned to harness her creative energy and feelingsby writing and recording music. Studio sessions, live shows, and even a briefstint in a girl group followed before she landed her big break as a musicaltheater performer while still in high school. Rapp’s talent was soonrecognized, nabbing her musical theater trophies for Best Actress at NorthCarolina’s Blumey Awards and the national Jimmy Awards, which got her attentionfrom agents in New York. “I promised my parents that if they let me take asemester off from college, somehow I would land a job on Broadway,” shesays.

In April 2019, she won the lead role of ReginaGeorge in the Tony-nominated Broadway musical Mean Girls. When thepandemic shut everything down in 2020, Rapp was once again able to think aboutwriting and recording her own music. However, she was encouraged to continueauditioning for TV and film roles, and she sent in a tape for Mindy Kaling’shit HBO series The Sex Lives of College Girls. She was cast asLeighton, one of the show’s four main characters.

After landing the role, she moved to LosAngeles, where she soon had to adjust to being in the public eye, dealing withfeelings of isolation, panic attacks, breakups, and everything in between.While grappling with the emotional fallout, Rapp was inspired to devote herselfto creating new, original music. “I got my heart ripped out of my chest,” shesays. “And I was like, ‘Okay, it's fucking go time!’” She processed herheartbreak and healed by crafting powerful, vulnerable songs such as “Tattoos”and her forthcoming piano-laden tearjerker, “In the Kitchen.”

By leaning into the chaos in her life, Rapp notonly empowers herself but inspires other people who are dealing with similarissues. “I understand that my emotions are my emotions, and nobody can usethose against me now. I no longer feel the need to apologize for beingemotional, because that’s just part of who I am”, she says. With much moremusic and a full album on the way, she hopes that by baring her heart she canhelp others process what they’re going through in the same way. 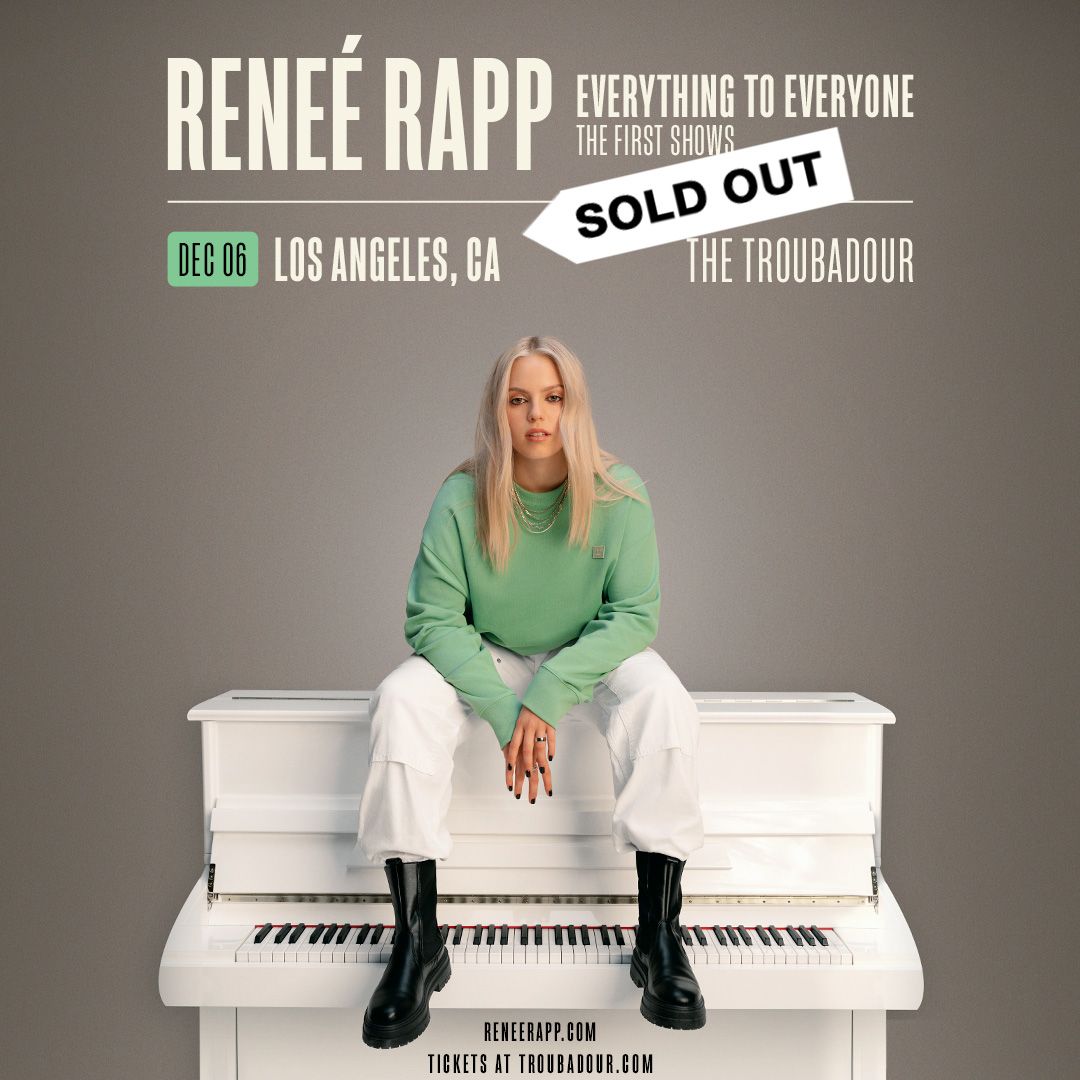