Riovaz’smusic deftly captures the frenetic, unpredictable energy of growingup. Influenced by drum & bass, post-punk and dance composition,his genre-blurring, cutting-edge pop songs that have won him bothcritical and commercial success before he even graduated highschool—are both emotionally rich and dizzyingly varied. It’s rarethat two songs sound exactly the same. On his lovesick 2020breakthrough “Prom Night,” he sang of feeling like death overlilting bedroom pop arrangements. But he’s equally likely to spillhis heart over crystalline electronic arrangements (“you’re aparasite”) or bouncy house refractions (“Tell Me All YourFears”). It’s all different, but each track is united by honest,lived-in lyrics from a teenager who doesn’t want to pretend to beanyone but himself.

“I’ma pretty normal person,” Riovaz shares. “When people see me,especially when I was still in school, people used to relate to me asa kid that’s making music in his house and posting it on theinternet.”

Riovazgrew up in Jersey City, NJ surrounded by music. His brother is anavid music fan, his sister is a talented singer, and their parentswere always playing ’80s Argentinian alt-rock and Michael Jacksonat home. This consistent exposure to music from a young age initiallytransitioned into curious artistry through playing GuitarHero,and by 13, he was making his own songs. But his natural talent didn’timmunize him from self-doubt.

“Iremember I wanted to quit when I was, like, 14,” Riovaz says. “Oneof my earliest music friends was Trendy. I texted him I wanted toquit, and he called me for three hours and just kept telling me to beconsistent. Now, I live by that every day. If you’re consistent,one of these days something’s gonna happen.”

ForRiovaz, that somethingwas“Prom Night.” Before uploading the track, which recently eclipsed100 million streams, he had been regularly posting music toSoundCloud and Instagram. The formula for “Prom Night” wasn’tany more calculated, but there is a spark to the track, which marriesbrokenhearted aphorisms with shimmering guitar lines. It resonatedwith listeners quickly. When Riovaz saw it organically goingviral—the audio for the song multiplying by 20, 40, or 50 each timehe looked—he posted his first-ever TikTok and told his family abouthis music for the first time.

“Imade that song as a 15-year-old on my Notes app,” he says. “Backin the day, you would need a whole studio and money to make a hitsong. But if you just make it in your room after a long day ofschool, I was like, ‘I could do this again and again.’”

Beforethe success of “Prom Night,” Riovaz was too scared to show hisface online. And while the song helped him gain confidence andattract new fans by the minute, his peers reinforced his pastinsecurities: “I went to school in a suburban town full of richwhite kids, so any time a person wanted to do something creative,they just pushed them down. They wouldn’t take it seriously.”

Still,he stayed consistent, and now nobody has an excuse to overlookRiovaz. Over the summer he performed to a sold out crowd in New Yorkand shortly after supported singer/songwriter glaive on seven USdates of his AmericaIs a Place That Existstour. Show after show he’s continuing to expand his worldviewbeyond his hometown and using it as a potential rehearsal for his ownheadlining tour someday soon. “I want to build a rave experienceand a place where people can come together and feel free,” he says.

Growingmore and more secure in his voice, Riovaz aims to build an immersiveworld around his evocative music, illustrated by “Tell Me All YourFears.” Its accompanying visual was inspired by DonnieDarko,the 2001 drama where the titular character sees frighteninghallucinations, including a menacing giant rabbit figure. In themusic video, Riovaz is surrounded by things that only exist in hismind. It’s a potent metaphor for where Riovaz is at as an artist—hehas the potential to actualize every vision he sees for his platform.And for now, that means reaching as many people as possible

“Anybodycan listen to my music,” he says. “I want everybody to beconnected—I want to bridge the gaps.” 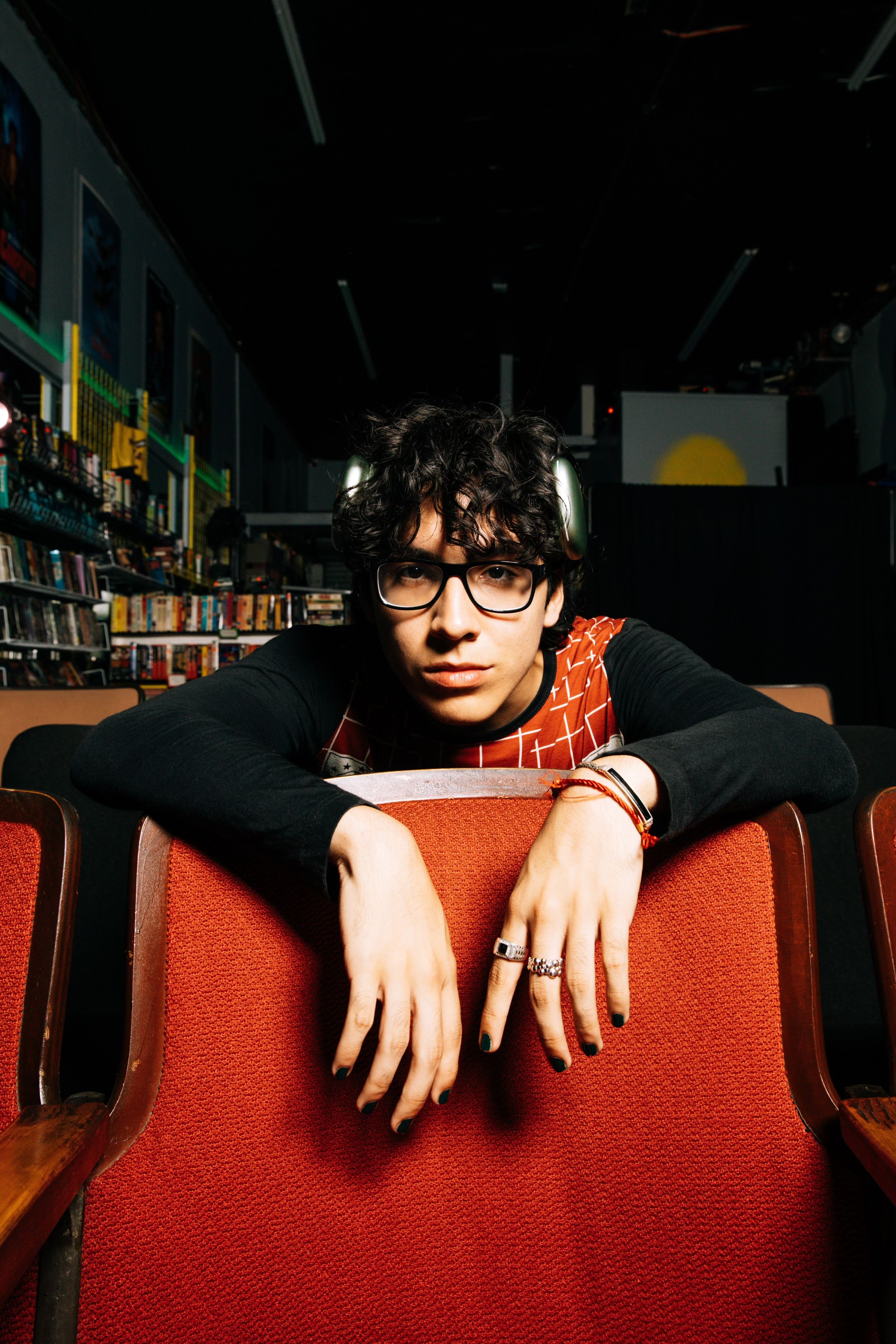