Riverside
Spotify | Youtube
Throughout over 20 years, this Warsaw-based Polish band have released seven studio, a few live,and two mini albums. Their music, inspired by Pink Floyd, Rush and Porcupine Tree, has evolvedtowards their own characteristic, recognisable style. Riverside's eighth studio album called"ID.Entity" will be outon January 20th, 2023."Before we started working on the new album, I asked myself a fewquestions,"saysMariusz Duda, the leader of the band."Some personal ones, some aboutthe current times, but most of all, questions about the band, for instance, 'What is ourstrongest suit?' There were two answers: 'Melodies and... live performances!' 'What is themost comfortable setting for Riverside?' Again, the answer was pretty obvious: 'the stage'.Ironically, we haven't really spoilt our fans with live releases, so I thought perhaps it wastime to record a studio album which would musically reflect the character and dynamic ofour live shows. Especially that we really wanted to say goodbye to the decade of sadnessand melancholy, which dominated our recent releases."What will Riverside's most live studio album sound like... live? Let's get ready for double impact inFebruary! 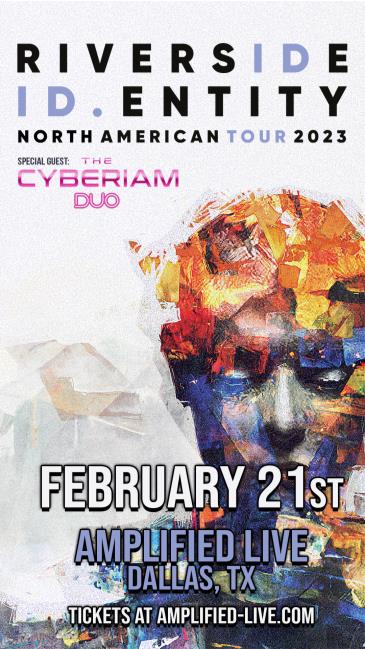