Rob Riccardo
Born and raised on the beaches of Long Island, New York, the foundation of the now Arizona-based songwriter's sound derives from the surf music scene during his formative years on the East Coast. A trained drummer since the age of 8, Rob Riccardo's interest in songwriting was sparked in high school after a friend bet him he couldn't learn how to play blink 182 songs on guitar. After a year of fumbling with guitar chords and bass lines on his favorite pop-punk tunes, Riccardo discovered the acoustically driven melodies of artists like Jack Johnson, Donavon Frankenreiter and John Butler Trio. Riccardo's discovery of these artists marked a pivotal moment in his musical journey. Following a post-college musical hiatus, Riccardo moved from NY to AZ and, encouraged by his wife, started to take his songwriting and artistry seriously. Since 2017, he has released seven albums, several EPs and a handful of remixes and one-off singles. A journey through his extensive discography provides listeners with a wide variety of genres and sonic landscapes that highlight his diverse skillset as a solo singer/songwriter with mellow acoustic tracks, and a seasoned multi-instrumentalist/producer with layered folk-rock arrangements. Riccardo's seventh full-length album "Whenever the Storm Comes" is out now.

Joey Gutos
Joey Gutos is Indie Pop from the desert. His soulful, yet laid back vibe hearkens to Portugal The Man and an upbeat Jason Mraz, along with a colorful amalgamation of the psychedelic bands he grew up listening to including The Beatles, Jimi Hendrix and Pink Floyd. He has written and recorded music with various projects across genres, including Sunset Voodoo, Something Like Seduction, Rachael Plays Guitar and Brook Sample. His first major project he helped to found was Sunset Voodoo, an Alternative Rock band that performed throughout the southwest for close to eight years, making notable appearances at Arizona's largest festivals and venues including Marquee Theatre, Crescent Ballroom and Shady Park. This current solo project was formed in 2019 as a more personal outlet to express himself as an artist and has already taken him across the country to perform for passionate crowds. Throughout his journeys, Joey’s vision continues to remain focused on revealing truth and beauty wherever he may find it. You can count on new music coming soon and can keep up with all releases, shows and musings on social media and his website. 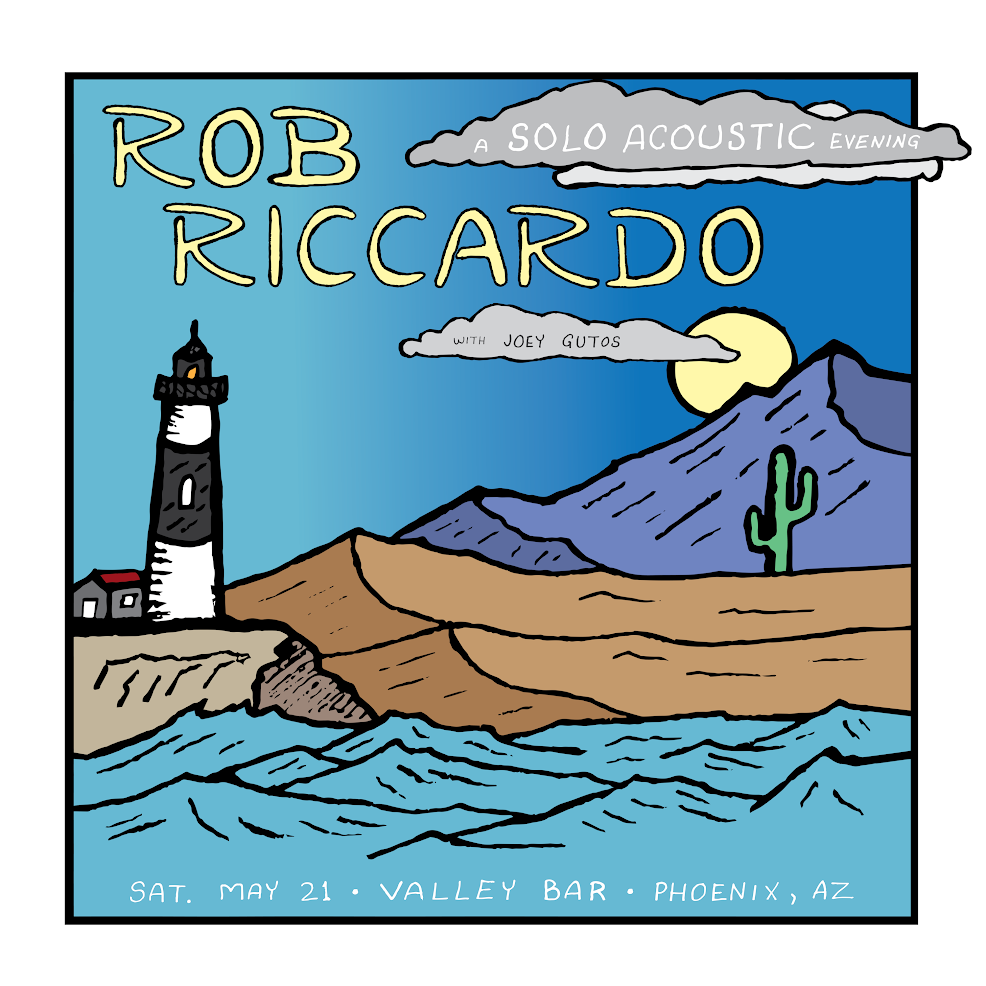