Due to unforeseen personal wellness circumstances, Robert Earl Keen's November 14th, 2021 date at The Castle Theatre in Bloomington, IL has been rescheduled to January 29th, 2022. All tickets will be honored for the new date. Refunds will be provided at your point of purchase.For any questions regarding your tickets please email events@thecastletheatre.com

This is a rescheduled show. Any tickets previously purchased for the September 12th event will be honored at this show. If you already have a ticket, there is no need to buy a new one — it is still valid. If you have any additional questions, please contact events@thecastletheatre.com.

This show will require all attendees provide either proof of full vaccination — OR — a negative COVID-19 test performed within 72-hours prior to entry. Patrons will be asked to show their valid vaccination card or test result (photocopies or digital copies are permissible) alongside a government-issued ID - just so we know its you - when they arrive at the door.

Now three-decades on from the release of his debut album - with nineteen records to his name, thousands of shows under his belt and still no end in sight to the road ahead - Keen remains as committed to and inspired by his muse as ever. And as for accruing recognition, well, he's done alright on that front, too; from his humble beginnings on the Texas folk scene, he's blazed a peer, critic, and fan-lauded trail that's earned him living-legend (not to mention pioneer) status in the Americana music world. And though the Houston native has never worn his Texas heart on his sleeve, he's long been regarded as one of the Lone Star State's finest (not to mention top-drawing) true singer-songwriters. He was still a relative unknown in 1989 when his third studio album, West Textures, was released - especially on the triple bill he shared at the time touring with legends Townes Van Zandt and Guy Clark - but once fellow Texas icon Joe Ely recorded both "The Road Goes on Forever" and "Whenever Kindness Fails" on his 1993 album, Love and Danger, the secret was out on Keen's credentials as a songwriter's songwriter. By the end of the decade, Keen was a veritable household name in Texas, headlining a millennial New Year's Eve celebration in Austin that drew an estimated 200,000 people. A dozen years later, he was inducted into the Texas Heritage Songwriters Hall of Fame along with the late, great Van Zandt and his longtime friend from Texas A & M, Lyle Lovett. 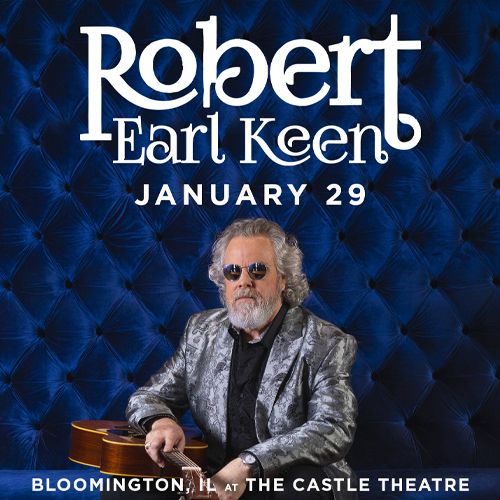