On new album Longest Day of the Year, Dari Bay is a perpetually shifting art project posing as songs, an ongoing thought experiment disguised as a band. Burlington, Vermont-based artist Zachary James launched Dari Bay as a solo vehicle in 2015, acting as sole songwriter, producer, player of every instrument, and exacting architect of how each sound was placed. Early output was raw and often unhinged, but Longest Day of the Year finds Dari Bay assuming a new form as James folds his experimental spirit into what at first appear to be neutral, unassuming tunes.

Growing up in a family with a rich history in the fringes of sound and performance, James got an early start in music, touring and recording as early as 12 years old. He branched out in multiple directions from there, getting into producing for other artists and dabbling in everything from DJ-ing to noisy improv. Forming Dari Bay served as a means to explore a more individualized part of his musical identity, something separate from the various collaborative projects he was involved with. James began writing highly conceptual songs about nature, magic, the supernatural, and other ephemeral weirdness that whirred by in the form of minute-long blasts of futuristic lo-fi psych-pop. Longest Day of the Year isn’t so much a departure from the surreality of earlier material as an evolution. The lyrics here start to reflect more of James’ lived experiences than obtuse concepts, and while the arrangements can seem more streamlined at first blush, these ten songs use straightforward guitar rock adornment as a means to dress up an inherent strangeness that’s at the core of the project.

This manifests as sunset-colored melancholy and mellow overdriven guitar tones on album opener “Wait For You,” or in the unfussy amble of “Same Old Bumpy Road.” Hints of recognizable ‘90s alt rock or twangy slowcore show up here and there, but closer listening reveals how winding and non-linear these seemingly stripped-down songs actually are. “Shy of a Nurse” wraps its heart-rending hooks in a tangle of feedback, and “Walk On Down” wanders through a lonely dust storm of jangling acoustic guitars and graceful vocal harmonies before opening up into an unexpected clearing of bells and key-changing countermelodies. This unpredictable twisting puts Dari Bay in a lineage of idiosyncratic songwriters that reaches from Judee Sill and Alex Chilton through to Elliott Smith and Liz Phair, right up to present day boundary-bending contemporaries like Hovvdy, Ovlov, or Helvetia. The songs invite everyone in with a friendly smile, but make no promises as to where they’ll take us after that. Throughout Longest Day of the Year, James leans into listener expectations as often as he completely disregards them, ultimately finding a captivating equilibrium between the alien and the familiar. 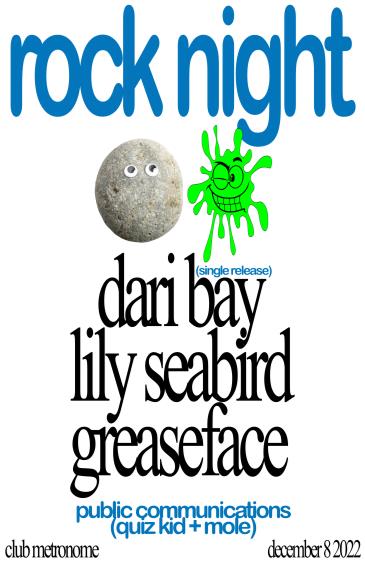