Rome was introduced to music at an early age.  At six years old his interest in hip hop music was sparked after hearing Snoop Dogg & Dr. Dre’s “Nuthin’ But a G Thang” for the first time. He became fascinated with Ice Cube and the whole west coast gangster rap movement.  However, it wasn’t until he heard Nas and Wu Tang when he truly fell in love with the music.  In 6th grade Rome realized he had a knack for putting rhymes together.  After being un-impressed with a schoolyard rap battle in 8th grade Rome believed he could do better and began writing for the first time.  Although Rome’s new found hobby was positive, his involvement in the street life at such a young age was not.  By the age of 14 Rome’s mother deemed him out of her control.  Desperate to get his life back on track she brought him to London and left him with his aunt.  Without prior knowledge of his mother’s plan, Rome felt abandoned and was filled with anger and frustration. Rapping was his only outlet and he began taking music more seriously.  At this time, London’s hip hop scene was infatuated with the “garage” style of rap.  It was heavily based in rhyme schemes and designed to be a type of party music.  Rome didn’t know it yet, but he was about to be a part of London’s rap evolution.   As New York City’s hip hop style grew, London MCs tried to get on the wave.  Rome began mixing his New York background with his newfound London culture.  As the hip hop scene abroad grew, Rome developed with it.  He grew as an MC while experiencing firsthand the transition of London “garage” rap into London grime.  At this time, Rome was going all in on his career; recording songs, participating in rap battles such as “The Jump Off” and performing with London artists such as Skepta and CasisDead.  It wasn’t long before school took a backseat and Rome was approached with a potential record deal.  His aunt did not approved of the direction Rome was headed and he was sent back to New York City.  After a near death experience and several stints in the county jail, Rome emerged with a new focus and drive to take the music industry by storm.   Originally born in London, Rome has been a true vagabond his entire life and his artist name pays homage to his nomadic lifestyle.  His unique style and rhyming technique is best described as a mix of gritty New York boom bap with London grime.  In a time where hip hop music has become obsessed with keeping up with the latest trend, Rome has always stayed true to himself.  Rather than simply ride the beat, Rome brings his verbal prowess to the forefront and transforms each song into something special. 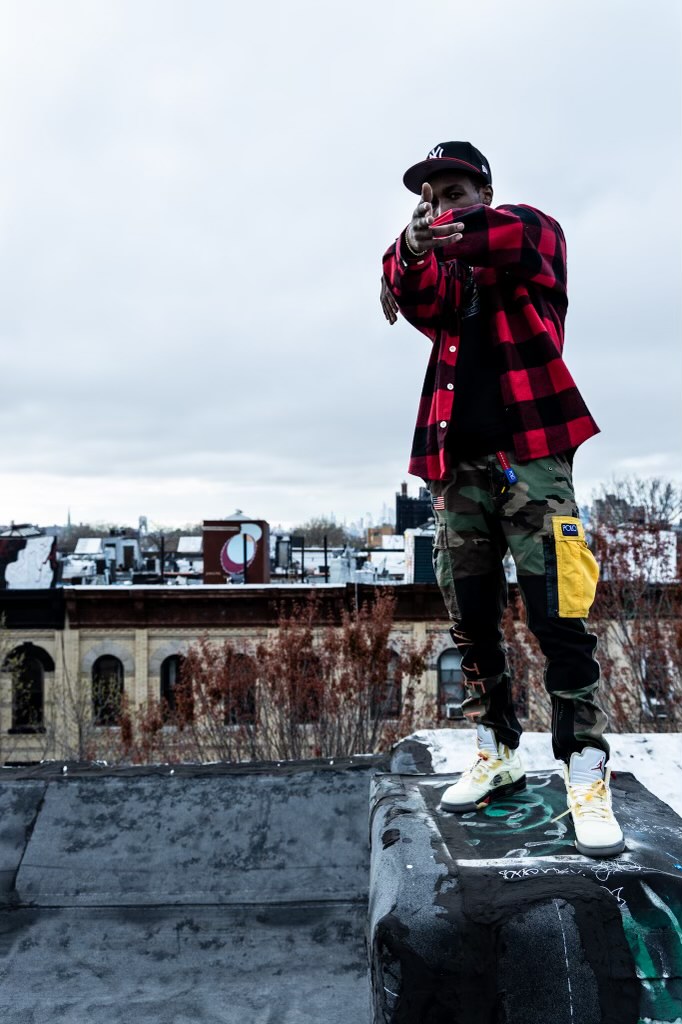