Winnipeg's Royal Canoe would never be characterized as having taken the simple, prescribed path over the past decade. This almost stubborn fascination with finding “the long way around” has resulted in a rich catalog of albums, EPs, videos and experimental live-shows that are as adventurous in their process as they are in their creativity. Whether it’s releasing radio-singles in 5/4 time, performing concerts on instruments made of ice, adamantly dragging their multiple-drum-set, six-keyboard, live-setup around the world in their van and trailer, writing and performing a musical version of Shakespeare’s Richard II or their various outrageous schemes to stay connected to their fans, Royal Canoe have stuck around because they’ve never lost sight of what drives them - the exhilaration that comes with the opportunity to do something completely new. On their latest album Sidelining they followed one rule: no song-nuggets or lyrical ideas from before. No demos you came up with last week that you brought to the band. Everything would be built and completed that day. The result is an album that, at times, aches with the undeniable tensions of the past year. But above all, the songs are an attempt at beingraw and honest communicators. They throw up a mirror to challenge old ways; to tear down the familiar and build it back better.

To ensure the health and safety of all patrons, staff, volunteers and artists, the Calgary Folk Music Festival and all associated events will require audience members 12 years and older to show proof of vaccination for the foreseeable future. The Calgary Folk Music Festival will NOT be accepting any COVID-19 test results in lieu of vaccine status. We do not have the capacity or expertise to determine the validity of medical test results. Our masking policy remains in place with exceptions for those with documented medical exemptions. Entry will be denied for those who cannot provide the required proof of vaccination documentation. 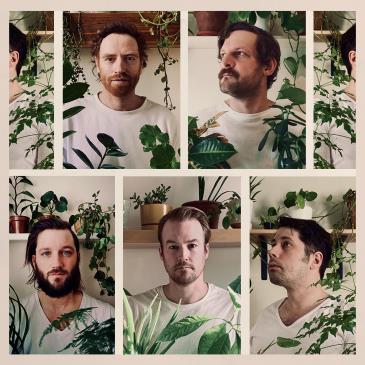