Rubblebucket is a band hailing from Brooklyn, New York, U.S who formed in 2007. They have released four studio albums and three E.Ps since 2008 and have become one of the most celebrated live acts of the thriving New York indie rock scene.

The band is built around the personal and professional relationship between trumpet player Alex Toth and saxophonist and singer Kalmia Traver. The duo met while studying at the University of Vermont, they were both music major while they were there, and after they left they both found a job performing in the reggae band John Brown’s Body. However, Toth was preparing to form a band of his own the whole time, one that combined psychedelic indie rock, with dance rhythms and experimental tendencies. Traver was on board but the duo needed a third member for the band to truly click, and in June 2007 they found the missing piece in the form of percussionist Craig Myers.

For the rest of the year, the nascent band jammed, wrote and recorded together, putting together the songs that would make up their debut album “Rose’s Dream”. By March 2008 they’d finished the album, self-released it, and put together a live band under the name Rubblebucket Orchestra to head out on tour full-time. Right off the bat they were hugely acclaimed both for their live shows and for their debut album, and remained so for their subsequent albums, E.Ps and tours, but it wasn’t until 2011 that they signed a distribution deal with MRI for the release of their third album “Omega La La”. Ever since then, they’ve signed a proper record deal with Communion Records and remained a truly unmissable live act. They have the indie rock world at their feet, and the brightest of futures ahead of them, and for that, they come highly recommended. 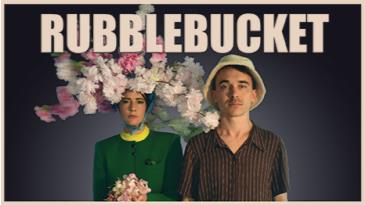