At twelve years old, Ryley Walker discovered that music was the only thing that made him want to get through each day. A midwesterner born to working class parents, as well as an uninspired student who sucked at sports, the only thing in the world that seemed cool to Walker was rock music and guitars. Favoring Jimmy Page, Sonic Youth, Led Zeppelin and “fucked up sounds” that made his parents feel nauseous, he formed his first basement punk band on the cusp of teenagehood. By the time he reached highschool, he began immersing himself in jazz guitar, discovering the polyrhythmic work of Nick Drake, and the melodically dexterous coterie of ‘60s British singer-songwriters that surrounded him. Building on his musical influences and DNA, naturally, Walker became a fingerpicking lunatic.

Walker began his career in the early 2010s, after moving from Illinois’ provincial town of Rockford, and settling into Chicago’s independent scene. After a slew of cassette and vinyl releases, Tompkins Square put out his debut album in 2014, which was then followed up by the Dead Oceans released Primrose Green a year later. Working alongside several of Chicago’s distinguished experimental and jazz musicians, including cellist Fred Longberg-Holm, Walker has almost always left room for improvisation in his music, typically building from a central groove and then mutating and expanding outwards, until the song resembles something like a convulsive octopus.

For the past decade, his output has been prolific. In 2015, Walker released an instrumental album, recorded in collaboration with fellow Chicago musician Bill MacKay, entitled Land of Plenty. Following the release of his fourth solo album, Golden Sings That Have Been Sung, in 2016, the duo's second album, Spiderbeetlebee, was released by Drag City in 2017. Around the same time, he teamed up with free-jazz drummer Charles Rumback, the result was 2016’s Cannots, released by Dead Oceans in 2016, and later, Little Common Twist, released by Thrill Jockey in November, 2019—which followed 2018’s The Lillywhite Sessions, an album of covers of Walker’s beloved Dave Matthews Band. In 2021, he released Deep Fried Grandeur, a live album in collaboration with Japanese psychedelic band Kikagayu Moyo, just before releasing his sixth and most critically acclaimed solo album to date, Course In Fable. Most recently, in September, he released A Tap On The Shoulder alongside frequent collaborator and Squirrel Bait founder David Grubbs.

In 2019, just before the lockdown, he founded Husky Pants, his first record label. After parting ways with Dead Oceans, he opted to release his sixth solo album independently, and has since used his label to release music by artists he admires. “These days I love being at home and putting out other people’s music and advocating for them. I think that’s one of the great honors of my life—asking someone to put out a record, and going to bat for them for it, putting all my resources and time into it,” he said. Splitting costs with the artists straight down the middle, without the use of binding contracts, Walker is championing music on the nicher side—both his own and others’. “I’ll put out anything that sounds good to me,” he said.

Having toured with the likes of Richard Thompson, and with a supporting slot for Dinosaur Jr. forthcoming—as well as a tremendous Burt Jansch tribute show behind him, wherein his hero Anne Briggs called him the ‘c word’—Walker has rubbed shoulders with the very best. While, in the past, his desire to be as great as his influences may have dogged and hindered him from bringing his own personality to his music, now, Walker’s music is undeniably his. A mix of Twitter and sobriety may be partially responsible.

“When I was first pitched it was like, remember the sixties? Remember the cool British singer-songwriters?” he said. In response, he made himself a Twitter, mostly “just to say obnoxious shit”, but also to remove himself from the corner he’d been backed into. The humor and singularity he brought to his Twitter page has since seeped into his music, as he writes in a kind of droll, beatnik stream-of-consciousness style, not dissimilar to the likes of Stephen Malkmus. “It’s a super sizzled first person perspective. I’m writing about surroundings and states of mind, and if they’re funny, that’s cool too. I like writers with a sense of humour,” he explained.

For the first time in his life, Walker is writing from a place of joy. “I’m pretty comfortable in my own skin these days,” he said. “Maybe that comes with getting older and caring less and using way less crack cocaine—or none at all, actually.” His fairly recent move toward sobriety has encouraged Walker to prioritize his health in a way that has helped his music greatly. “Music is an exciting thing I get to do because I’m alive and well. I take every opportunity I’m given very seriously; I’ve gotta pay tribute to that by staying alive and being as good to the people who love me as I can,” he said. 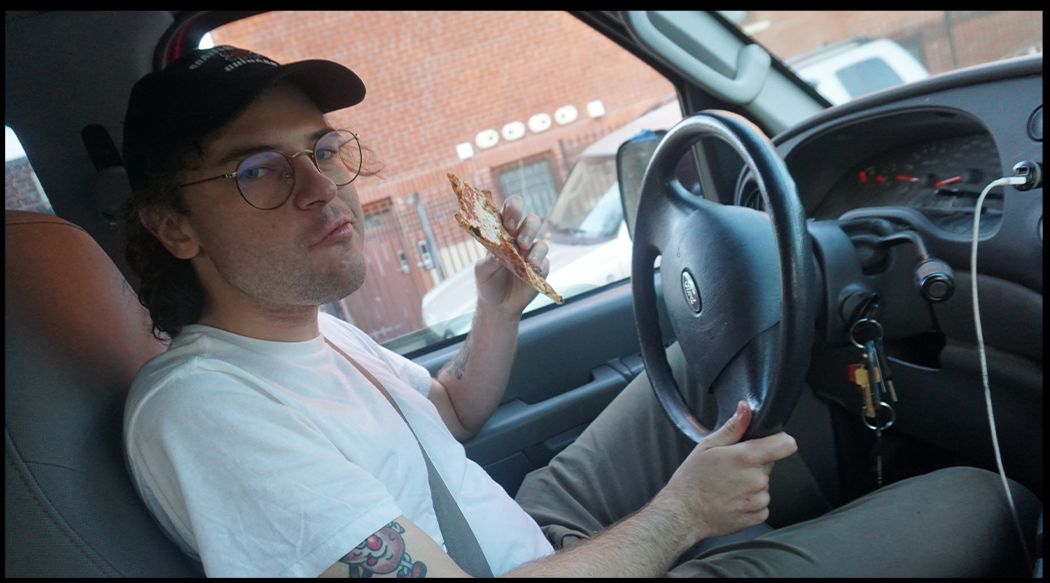