He hopped up as a guest during Greg Cox's show and blew the room away so we took a chance on this show and Samoht did not fail to deliver!

Samohtis a child of the ancestors—past, present and the future wrapped up all into one. Born a 90s kid in Wilson,North Carolina, Samoht is product of a musical family consisting of a motherwho played multiple instruments at his childhood church. Naturally, Samohtjoined the children’s choir at the urging of his grandmother,cultivating a voice that now heals the brokenhearted and elevates the minds ofothers. Samoht’s biggest influence is nature. The sound of the animals,the wind as it tickles the leaves on the trees and the white noise thatpermeates through the silence of the night all ignites his creative process.That didn’t change once he moved to New York City, releasing projects,“Mxxn Wave” & “OMEN” in 2018 with a 5th record, dubbed “exit” in rotationin 2019. In the midst of sonic pollution that plagues millennials, Samoht is abreath of fresh air, honoring traditional R&B. But, it's hisalternative approach that will keep audiences craving his ear candy. 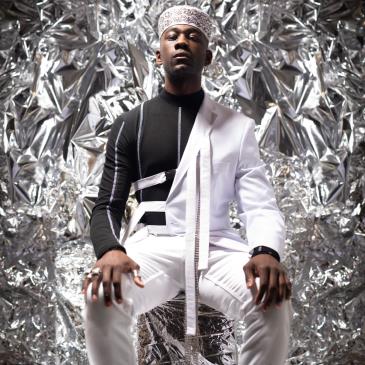