Covid Policy: Venue entry requires valid ID andproof of a full course of COVID-19vaccination. The final vaccination dosemust occur at least 14 days prior to the event. **Negative tests will not be accepted at this show.**

Out of a Bed-Stuy apartment, Spencer. sings, creates beats, and plays everything from piano, guitar, bass, and drums to trumpet himself (all the while producing and recording too!). This process shaped his 2021 full-length debut album, Are U Down? [4AD]. Zooming out, it all happened within a Brooklyn enclave alongside Clairo, Snail Mail, Claud, Cautious Clay, and Triathalon. Even among outliers, Spencer. still differentiates himself as a dynamic vocalist, precise multi-instrumentalist, acute producer, and unpredictable presence. In some ways, he’s been working towards an artistic statement of this magnitude since his childhood. Growing up in Rochester, NY, he excelled at trumpet and learned piano at a young age. During his teens, he landed a spot in a coveted summer jazz program at Eastman School of Music. Working out of his parents’ basement, he gained traction with a string of independent anthems such as “Want U Back,” “Automatic,” “To Be You,” and more. Receiving critical acclaim, Buzzfeed crowned him at #1 on their list of Black indie artists and Consequence of Sound christened him “a rising star worth watching,” while Coup de Main pegged him among the “2020 Must-Know.”

Lyrical Lemonade predicted, “he’s destined for big things because he moves differently” while Pigeons & Planes said he “takes things to the next level.”

Following a 2020 European tour, he had planned on staying in London to write, but COVID-19 had other plans. So, he did what he does best and started to write and record again. By the time July rolled around, he returned to Brooklyn and assembled Are U Down? in the middle of quarantine summer.

Starting a new season, he introduces the album with the first single “Lonely As I Ever Was.”

HotlineTNT is the most 90s band of the 21st century so far. It is a pop music group ofno certain allegiance or denomination. The songs are for all ages, but manyfans are forced to watch the band behind their parents' backs. Their recordsare all self-released but easy to find; many people who come across the7"s immediately turn them into weapons. 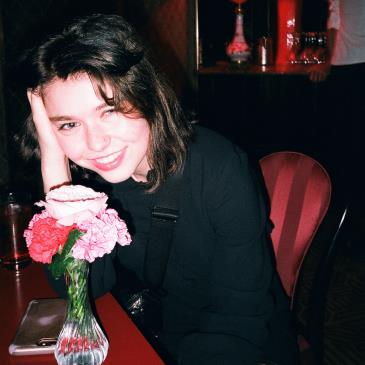