Tickets are not available for this show through SeeTickets, as it has SOLD OUT. Please utilize our authorized resale partner, LYTE, here.

Tickets are not available for this show through SeeTickets, as it has SOLD OUT. Please utilize our authorized resale partner, LYTE, here.

For Briston Maroney, it’s been a journey to arrive at the current moment. A mental, physical, emotional, and musical one. But it’s left him equipped: not only with a deep understanding of self, discovered through life’s trials and errors, but just as important, with a piece of art that reflects his personal growth. Sunflower, Maroney’s debut album, is the culmination of the past decade of the now-22-year old’s life. “It’s all of the things I’ve been stoked about since I was 12 coming together,” the wise-beyond-his-years, Nashville-based singer-songwriter says with a laugh of his striking album. “It’s been a literal and physical relationship with the record as far as coming to a point where I understand what parts of me it represents, what it means to me as a person and what it means for my entire life.”

Recorded between the summer of 2019 and early 2020 in LA with acclaimed producer John Congleton, Sunflower is “definitely a milestone,” Maroney admits. “I’d be lying to say I didn’t feel a little bit of that. And why not let yourself enjoy it?” It’s also a gut-punch of fuzzy power chords (“Sinkin”) and genteel acoustics (“Cinnamon”); deftly-composed pop songs (“Freeway”) and hard-charging rockers (“Rollercoaster”). “I put all of myself into it,” Maroney adds of the 10-track LP. In retrospect, he adds, “I definitely have this sense of calmness now. I did what I was capable of doing and I’m just glad I was around my friends and my people to help me get to this point.”

When Maroney began to tour the US and Europe alongside other artists, co-writing sessions became commonplace as they created music together while on the road. It was at this point he made the conscious decision that he would seek out additional songwriters and producers to work with on his debut full-length project; as Maroney’s music world grew, so too did his desire for collaboration.

While Maroney is the first to admit he was ‘terrified-in-a-good-way’ to be working alongside top-notch talents with the likes of Manchester Orchestra’s Andy Hull and venerated songwriter Dan Wilson on the creation of Sunflower, over time he came to understand a simple lesson. That being, “If you’re approaching what you’re doing from a place of love and kindness and passion you can be as open and flowing artistically as you want to be with your collaborators,” he says. “I learned a ton from writing with those people,” Maroney continues. “I think the biggest thing I took away is you get to decide how open you want to be, and you get to decide how much of a stage you want to set for emotions in songwriting.”

Where “Rollercoaster,” an older track that Maroney and his band typically closed out their sets with, was his attempt at getting a bit raucous, the track “Deep Sea Diver,” which Maroney penned with Dan Wilson, was a far more meditative affair. Or as Maroney says with a laugh, “It’s like, well, if this really pissed off angry rock thing doesn’t work here’s my best attempt at trying to be John Prine.”

If anything, the process of assembling Sunflower was the best way Maroney learned to take his foot off the gas a bit and ease into his life in a more gratifying way. Where he admits at times throughout the recording process he was “squeezing it so hard,” completing a brilliant debut album to him “was so much about just learning to be a little more laid back,” Maroney says with a smile. “I still feel really connected to it, but I’m so stoked to share it and especially one day play it live,” Maroney adds of Sunflower. “Right now, I am just so thankful and happy.”

Jackie Hayes (born August 17, 1999) is a Waukegan-raised, Chicago-based musician detangling the tremors of her life to articulate the perils of young adulthood. Her first musical experiences happened in the church worship band, where her piano skills were hailed as a gift from God. There’s an irony to the divinity, considering Hayes was kicked out of the worship band for being a nonbeliever. Rejecting doctrine and dogma, Hayes detoured onto her own musical journey in near-secrecy with fierce opposition from her parents. She spent her adolescence sneaking into shows, working service and retail jobs to fund her own career. Her self-published music gained her a following for the inviting nature of her vulnerable candor.

Finally detaching herself from her family’s religious fervor, Hayes moved to Chicago at 19, immersing herself in the city’s new wave of genreless artistry. The move proved fruitful: she continued self-releasing under the Hayes name to growing acclaim, and shared stages with the likes of Claud, Role Model, and The Japanese House. After collaborating with celebrated producer Billy Lemos, the pair worked on Hayes’ debut EP take it, leave it. Now, they join forces once more for a new chapter in parsing through darkness: There’s Always Going to Be Something.

Where her prior work documented the trials of life’s mundanity, There’s Always Going to Be Something finds Hayes fearlessly reexamining the almighty to unravel her chaotic upbringing. Crafted in quarantine times, these five records are brief transmissions from a burgeoning musician, working to navigate the world while holding the deep desire to escape the confines of consumption. Reunited with Lemos on production, the EP casts a brighter light onto the depths of Hayes’ discontent. Her voice and the music carry a spirited poise, both equally electric and liable to go haywire. The duo excels in crafting alternative music that knows where it belongs: loud, short, and furious.

Hayes transports us through the minutiae of her memories: pretty, plain, and painful. She dwells in them all, just long enough to remember and persist onward. The music teems with the palpable frustration of twentysomething malaise, rendering Hayes as a conduit for her peers’ lost innocence. She’s passionate and exhausted, lamenting the unfettered determination of her younger selves while picking the locks on the woman she must become. When yesterday loses the rose-tinted lens, Hayes dares to file through the remnants for whichever truth works for her. When self-destruction’s no longer on the menu, mapping tomorrow becomes the only option. There’s Always Going to Be Something symbolizes Jackie Hayes’ next big steps toward that tomorrow. It’s a confirmation of what makes Hayes is one of the most energizing new figures in music. full of unflinching honesty and immovable heart. As chaos rages on, and the years weigh heavier on the psyche, these are raucous musings of choosing bravery, finding Hayes clawing relief from the jaws of her past. 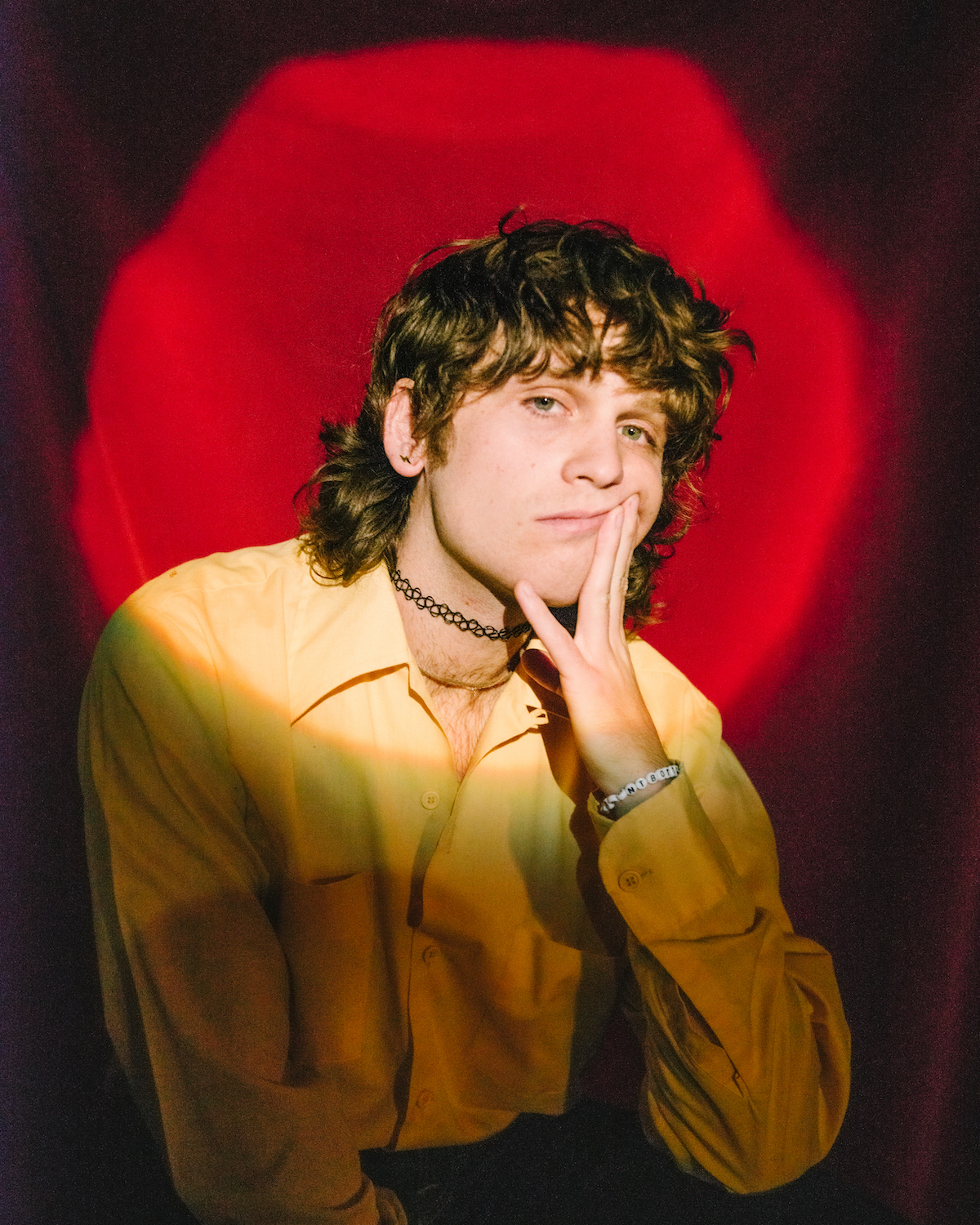