With their hot-rodded fusion of dazzling high-speed guitar runs, thundering rhythms, high-profile swagger, and lyrical smirk, the Reverend Horton Heat are perhaps the most popular psychobilly artists of all time, their recognition rivaled only by the esteem generated by the genre's founders, . The Reverend (as both the band and its guitar-playing frontman are known) built a strong cult following during the '90s through constant touring, manic showmanship, and a barbed sense of humor. The latter was nothing new in the world of psychobilly, of course, and Heat's music certainly maintained the trashy aesthetic of his spiritual forebears. The Reverend's true innovation was updating the psychobilly sound for the alternative rock era. In their hands, it had roaring distorted guitars, rocked as hard as any punk band, and didn't look exclusively to the pop culture of the past for its style or subject matter. Most of the Reverend's lyrics were gonzo celebrations of sex, drugs, booze, and cars, and true to his name, his early concerts often featured mock sermons in the style of a rural revivalist preacher.

Formed in 1997, Nashville Pussy preached its sleazy gospel over the past couple of decades alongside MOTÖRHEAD in every rock outpost from Asia to Europe and back again.
Raised on a diet of Marshall stacks, Gibson Guitars, Jack Daniels, and weed, Nashville Pussy are the bastard offspring of foul-mouthed, demented hillbilly ice-cream man Blaine Cartwright and tractor-driving, nude art school model, and guitar prodigy Ruyter Suys. Nashville Pussy quickly gained a reputation for being like “AC/DC with a female Angus” in Ruyter’s blues-meets-punk frenzied guitar solos and Blaine’s hilarious “jailhouse nursery rhyme” lyrics.

The band’s bass player — Bonnie “Bon” Buitrago — began as a teenage fan of the band sneaking into shows, determined to make the leap from audience member to member of the band by mastering her craft on bass. Atlanta native and ex-landscaper Ben Thomas on drums has quickly become known for his showmanship, precision, and all-around sensuality behind the kit.

“We are rock ‘n’ rolls’ dirty little secret — blissfully outliving musical trends we never knew existed,” says Suys. “More than ever, everyone needs to escape to a place where they can pretend they don’t give a shit, let their hair down and get loud, sweaty and dirty. Nashville Pussy provides that unpretentious refuge. Everyone is welcome — just don’t dress up ’cause it’s gonna get messy.” 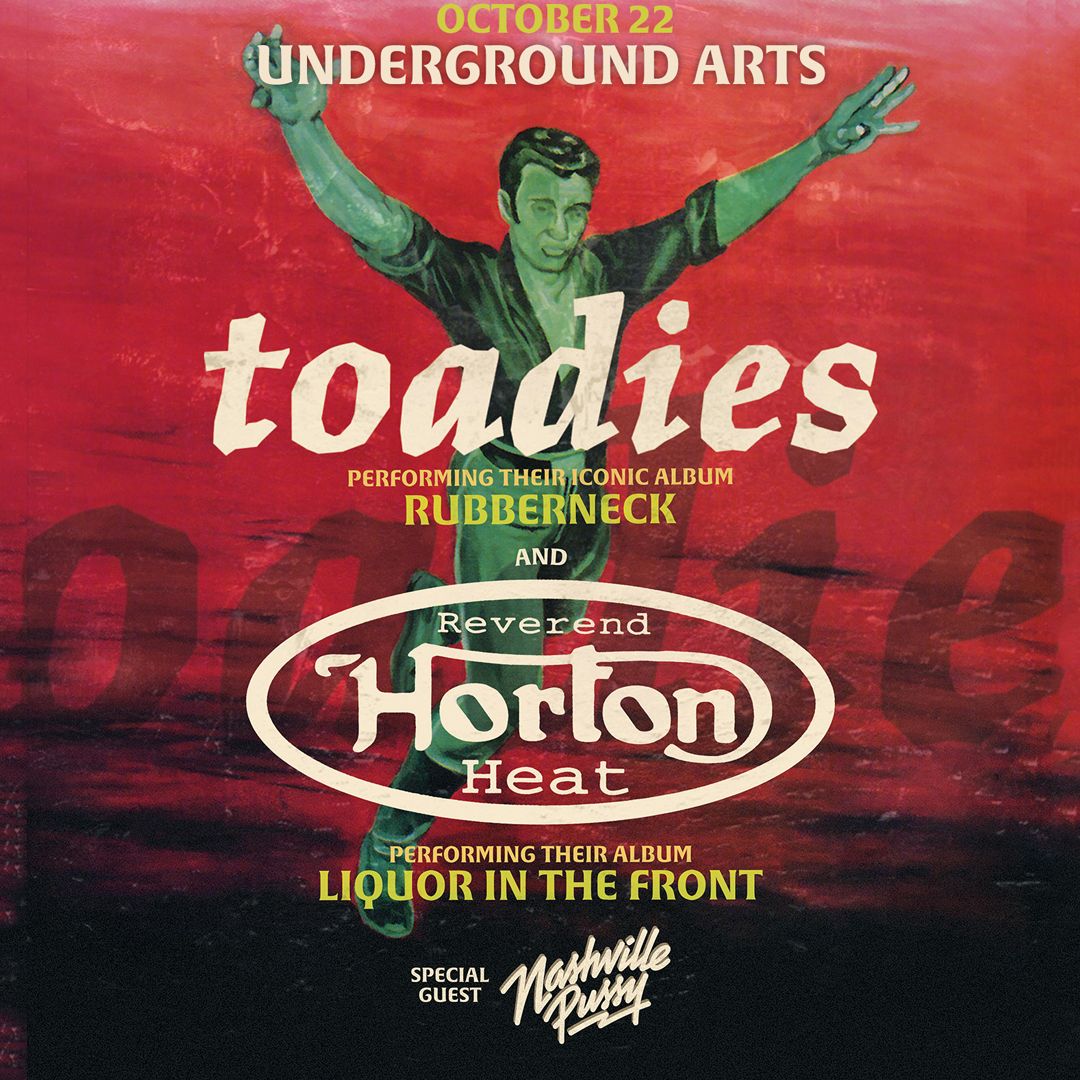