General Admission / Bring your own chair

This is an outdoor event and the artist will appear live on stage.

Bar, food trucks and food delivery from local restaurants available onsite as well as portable toilets. *No coolers / No outside food or beverages / No tents or umbrellas permitted*

“We met in guitar class” is not a thing many people cansay...but Sarah Zimmermann and Justin Davis performed together for the firsttime on the very same day they met...in guitar class.

Striking Matches went on to release their debut album producedby T-Bone Burnett, and have since released 3 more EPs, many singles, and havehad their songs featured on Grey’s Anatomy, American Idol, Nashville, andMonday Night Football, to name a few.

They recently released a new 3 EP project titled “Morning, Noonand Night” each with a different sound and sonic space. While morning, noon andnight are three parts of a day, Morning, Noon and Night are meant to be threeparts of what makes up Striking Matches.

Sarah and Justin are in the studioworking on their next full length album with music due out later this year. 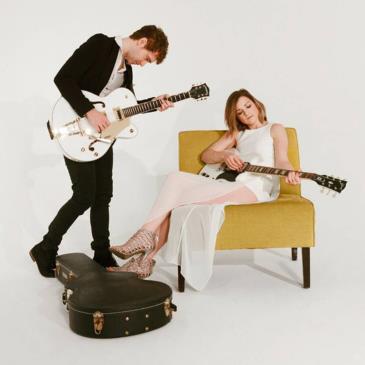