With her captivating voice and richly detailed songwriting, Sarah Jarosz has emerged as one of the most compelling musicians of her generation. A four-time Grammy Award-winner at the age of 30, the Texas native started singing as a young girl and became an accomplished multi-instrumentalist by her early teens. After releasing her full-length debut Song Up in Her Head at 18-years-old, she went on to deliver such critically lauded albums as Follow Me Down, Build Me Up From Bones, and 2016’s Undercurrent, in addition to joining forces with Sara Watkins and Aoife O’Donovan to form the acclaimed Grammy winning folk trio I’m With Her. In the making of her new album World On the Ground, the New York City-based artist collaborated with producer/songwriter John Leventhal: a five-time Grammy Award-winner known for his work with Elvis Costello, Shawn Colvin, and his wife Rosanne Cash. Working almost entirely on their own, the two musicians crafted a subtle tapestry of sound perfectly suited to Jarosz’s lyrical storytelling. In a departure from the nuanced introspection of her previous work, World On the Ground unfolds as a finely wrought collection of stories from her hometown of Wimberley, Texas (population: 2,626), presenting a series of character sketches nearly novelistic in emotional scope. As she inhabits characters both real and imagined—exploring the tension and inertia of small-town living, the desire for escape and the ease of staying put—Jarosz reveals her remarkable gift for slipping into the inner lives of others and patiently uncovering so much indelible insight.

Hearing Ric Robertson for the first time, you’ll be forgiven if John Prine is the first name that comes to mind. Robertson’s voice has the same soft Southern burr as Prine’s, the same Zen acceptance of humanity’s failings, and, most importantly, the same sense of playfulness in the music. There’s a bit of Willie Nelson in there too, not just from all the smoke in the air, but from the colliding elements of jazz, funk, and country. Robertson’s an American original, pulling influences from the greats that came before, but wholly responsible for creating his own creative universe. When he's not writing songs or playing music, his polymath personality fills time learning claymation, filmmaking, building puppets, learning pedal steel... He’s relentlessly creative, the musician’s musician, as testified by the fact that he’s continuously in-demand as a touring bandmate, playing with everyone from Rhiannon Giddens to The Wood Brothers. His new album, Carolina Child, coming July 30 on Free Dirt Records, is Robertson’s break-out moment, a fully-fledged multiverse of madcap ideas and creative anarchy. The album was produced by Dan Molad of Lucius, and features Jess Wolfe and Holly Laessig from Lucius plus a whole host of Robertson’s friends, colleagues, and picking partners, drawn from all over the US: Dori Freeman and Nick Falk from Galax, VA, Gina Leslie from New Orleans, Sam Fribush of Greensboro, NC, Alex Hargreaves (Steve Martin, Kacey Musgraves) and Eddie Barbash (Jon Batiste) from Brooklyn, Oliver Wood of The Wood Brothers, Kai Welch, Logan Ledger, and Nate Leath (Sierra Ferrel) from Nashville. A guest list this large and varied is a testament to Robertson’s easygoing musicianship. He’s as comfortable backing up another artist onstage as he is leading his own band, and throughout he anchors his creativity in a sense of playful collaboration. “I just love music and I try to remain a student of it,” he says. “That’s where the playfulness comes in. I’m never going to master this, I’ll always be learning.” Humble words for an artist with an almost preternatural sense of the song, a gift for songwriting that brings him close to the legacy of Prine or Van Zandt, a songwriter who can shine a light on the harder edges of our humanity without losing sight of our hopefulness.

As a songwriter, Robertson takes his inspiration from the fragility of our inner lives, but also from the small moments packed with meaning that surround us. The clever wordplay of “Thinkin’ About You” came about while fingerpicking blues guitar on a New Orleans balcony and watching the sunlight refracting into rainbows from an oil slick on the city street. The psychedelia of “Sycamore Hill” was inspired by a week of isolation in North Carolina’s Hanging Rock State Park in a little cabin ringed by sycamores. “Harmless Feeling” was started by Oliver Wood and finished by Robertson and Carsie Blanton while the two were sheltering in a back alley as a Southern tornado swept through the nearby swamp. And while many of the songs came from small moments of introspection, they mirror the larger moments of life that hit us the hardest. Opening song “Getting Over Our Love” is a pitch-perfect encapsulation of the anxiety of losing love, a barroom tearjerker that Robertson masterfully undercuts with cosmic strings and synths. It seems clear from the arrangements, but psychedelics are a key part of Robertson’s creativity, a “tool” in his words. They fuel his gonzo vision of Americana, giving flight to his imagination and building a multiverse that ties together the worlds in each of his songs. This is John Prine by way of New Orleans, Harry Nilsson in a Nudie suit, a stoned Dr. John lost in Nashville, Bill Monroe on mushrooms listening to Bessie Smith. This riot of juxtapositions and creative chaos is anchored by Robertson’s soft, flowing voice, and his uncanny knack for tracking the what-if moments of our lives, the great times that could have been.

For years, Robertson has made New Orleans his home, glorying in the city’s constant flow of inspiration, and uncommonly adapted to the NOLA gig scene, which can see an artist moving between musical genres and gigs multiple times a night. In New Orleans, Robertson is as comfortable playing barrelhouse piano in the French Quarter as he is picking bluegrass tunes with friends on a back porch in the Marigny neighborhood, or recreating Neville Brothers’ funk lines with his band at a rehearsal space. But for all his love of Louisiana, North Carolina is where Robertson was born, raised, and discovered his passion for music and art. The title of the new album, Carolina Child, in fact, was inspired by an off-hand comment from New Orleans songwriter Esther Rose after she saw the look of delight on Robertson's face as their tour van wound its way through the Blue Ridge Mountains of his home state. He’s a big believer in synchronicity, easily adapting to new currents and seemingly always in the right place at the right time to tap into the muse.

Ric Robertson’s always looking forward to the next trip, the next idea, the next album. This spring he’s been recreating the rambling Americana roadtrips of the Dead and Ken Kesey, holed up in Kesey’s hometown of Eugene, Oregon jamming with friends and riffing on Garcia and Grisman tunes. He’s already got his next album written, a key practice for his boundless creativity. “I like to have my records written and recorded before another one comes out.” Robertson’s an artist that thrives on juxtaposition, seeing no difference between creating a new style of jamgrass with friends in Eugene or reworking funk instrumentals from the Carolina Child sessions into Strange World, his futuristic funk EP from 2020. “I’m pretty energetic in life, I stay super busy. I could break down the reasons why, but maybe better to have a therapist do it,” he laughs. “I just love making stuff. I love playing.” ﻿ 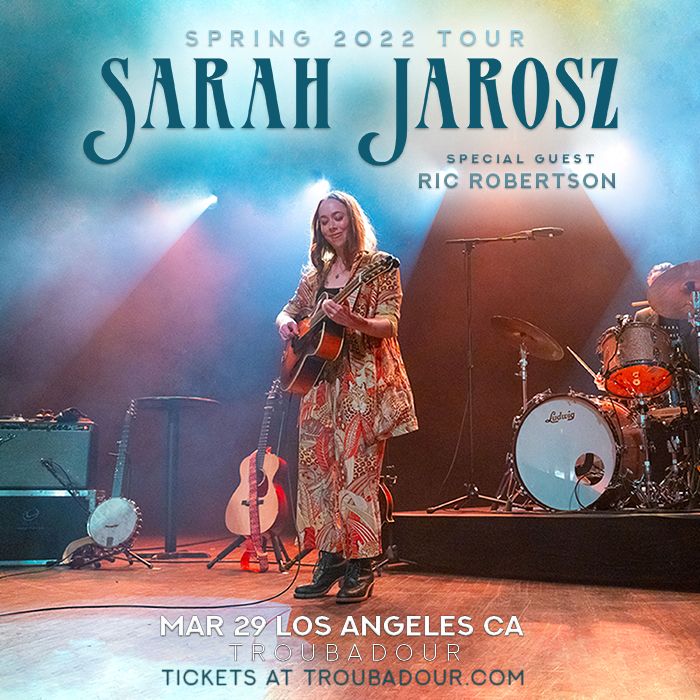