Conscious roots songstress Saritah (sa-REE-ta) is on a worldwide musical mission to uplift, inspire and heal.  Bursting with an organic sound that is a refreshing and uniquely feminine weave of reggae, soul and acoustic inspired flavours, Saritah has a relentless passion for inspiring people to live their purpose and to follow their dreams.

Playfully powerful, Saritah’s live shows are colourful celebrations of life. A festival favourite with her infectious, beaming smile, Saritah has graced the stages of some of the world’s most renowned musical gatherings. Born in Seoul, South Korea, the country of her mother’s heritage, Saritah grew up by the Indian Ocean in the most isolated city in the world – Perth, Australia.  A traveller from the time she was a few months old, however, she has always had a global perspective and has been exposed to and influenced by a diversity of music and culture from around the world.

Choosing a positive, earth-conscious, vegan lifestyle, Saritah is inspired both by the majesty of the planet we live on and the overwhelming realities that face us on a day-to-day basis. Vulnerably aware that this modern life can be overwhelming at best, her songs are celebrations, revelations, invocations, affirmations. Equally at home fronting a full band on the big stage with an audience of thousands as she is with an acoustic guitar in front of an intimate crowd, Saritah has a positive vision for the future that shines through every word she sings and every note she plays.

Ilaya has always been involved in the arts and music.  She lived in the tropical island, the Philippines before moving to Sonoma County where she grew up surrounded by nature, music, the arts, and cultural diversity. She is clearly rooted in her own spirituality and her roots. She was a member of Blacksheep Bellydance. In 2006, she focused on her voice and release her self-produced album, Ilaya. The music was put on hold, instead she put her energy as a host for Roots Kommunikations, Kpfa in Berkeley.

It was in March 2020, during the pandemic when she felt she needed to get back into music. “I am more inspired than ever.  I’m glad to be creating music and sharing my voice again. I hope that my music will find a home in everyone’s heart.

I'm KaYaFiYaH aka the "GanJahGoDdeSs", a reggae and dub indie artist hailing all the way from Northern California.   I have performed here in the Bay Area at local functions and some festivals.  I plan to take my music to the next level and am currently working on releasing an EP/Album called Ganjahfaeria "The Land of the Ganjah Faery".  It is the epic, magical, sonic journey and adventures  into the land of Ganja Faery, and I plan to release it before the end of next year(2021)!

Out of an abundance of caution and for the continued safety of our guests, staff and musicians, we will now require proof of negative Covid test taken 48 hours or less prior to the show or full vaccination.﻿

NO REFUNDS | ALL SALES FINAL Tickets: After completing your purchase on See Tickets, you will receive an email confirmation with your attached PDF ticket(s).  You MUST print and bring your PDF tickets AND VALID PHOTO IDENTIFICATION to be admitted for the event.

You may download the See Tickets app and show your ticket on your mobile device for entry in lieu of printing.   All General Admission Tickets are Standing Room with limited seating. (Unless otherwise noted) 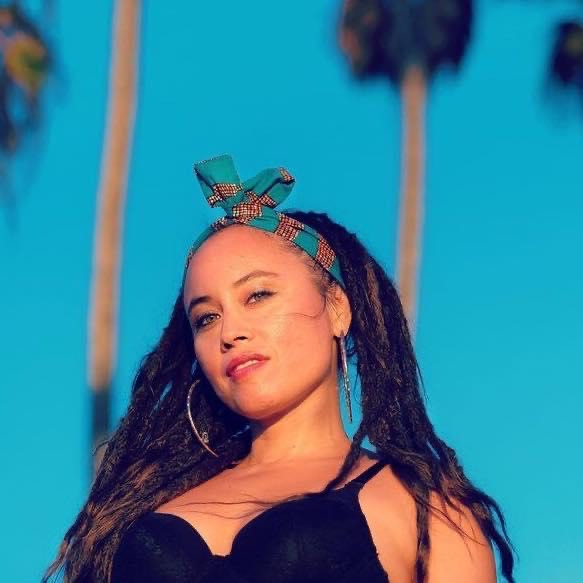