2020 has been a year we'd all like to forget. But for Sébastien Léger, it has been an opportunity to connect with his growing community of fans, and an ever larger collection of like-minded artists who have tuned into what he is doing with his Lost Miracle label. Part of that is down to the continued radio show he hosts, which is syndicated to more than 100 stations round the world and has helped to crystallize the Lost Miracle sound. "People know what we're all about now," he says of the now two year old label, adding "it's about music that has a strong melody, a timeless lead that is standout and unforgettable, but b-sides are always reserved for more experimental, hard to categorise and playful sounds."

Once the dance music world opens up again, Lost Miracle will host its own carefully curated events. Headlined by Léger himself but with a crew of label artists playing each one, they will be a perfect way to experience the label's sound - house music that has real meaning and musicality, as well as the ability to transport you to another world. The parties will come with the same Asian aesthetic, production and lighting that has defined the label's artwork. It is a style that Léger, who visits Asian as often as possible both privately and professionally, has long been drawn to thanks to its enchanting charms.

Lockdown has also been productive for Léger on the production front. He has made enough music "for the next five years", with some of it a continuation of previous releases on All Day I Dream and Lost Miracle, and some of it heading in a new direction that will be revealed soon. Also to be unveiled soon, for the first time, will be his stunning new live show. Each one will find him playing on a hybrid modular set up with sequencers enabling him to serve up remixes of his own back catalogue next to fresh new cuts. That means the shows will serve up the sort of house you would expect from this long time maestro, but always with a subtle twist. The first one will be exclusively live streamed by Cercle from the breathtaking Pyramids of Egypt.

Léger's last release was on All Day I Dream and was the most successful to date. There will be more on that label at some point in 2021, and the bootleg Stevie Wonder remix he has often played will also get a full and official release.

For an artist who has achieved as much as him in the last quarter of a century, it would be easy for Leger to keep trading on past glories. But not him. He admits he "gets bored easily" so is constantly reinventing himself and his sound. He has never paid heed to trends or fly-by-night fads, instead making whatever sort of music he fancies. Right now, that music is some of the best he has ever made. It is emotional and melodic, laden with exquisite pads and the sort of sonic subtleties only an artist of his experience can achieve. It also moves global dance floors, of course, and like the man himself, can be stormy and moody as well as more uplifting. In 2019, his 'Lanarka' track was the overall Number 1 on Beatport for the best part of three weeks. The deadpan, dry humoured artist himself is rather unmoved by that fact. "Dogs," he says, when asked what truly makes him happy.

He is being coy, of course, because you don't spend 25 years DJing around the world and making essential club grooves if you don't have a passion for what you do. His inspiration comes from the moments he is in the studio. He never goes in with set expectations or specific ideas, instead going wherever the sessions take him. As a DJ, Léger says his first commitment is to "keep the dance floor full", but he also says he has to keep himself happy, and only plays music he loves. "That's not always easy," he says, "I don't pretend to want to educate people, but I do like to try and show them some new sounds and styles."

He has once again set about proving this during lockdown, the result of which are sure to keep Sébastien Léger right at the vanguard of the scene. 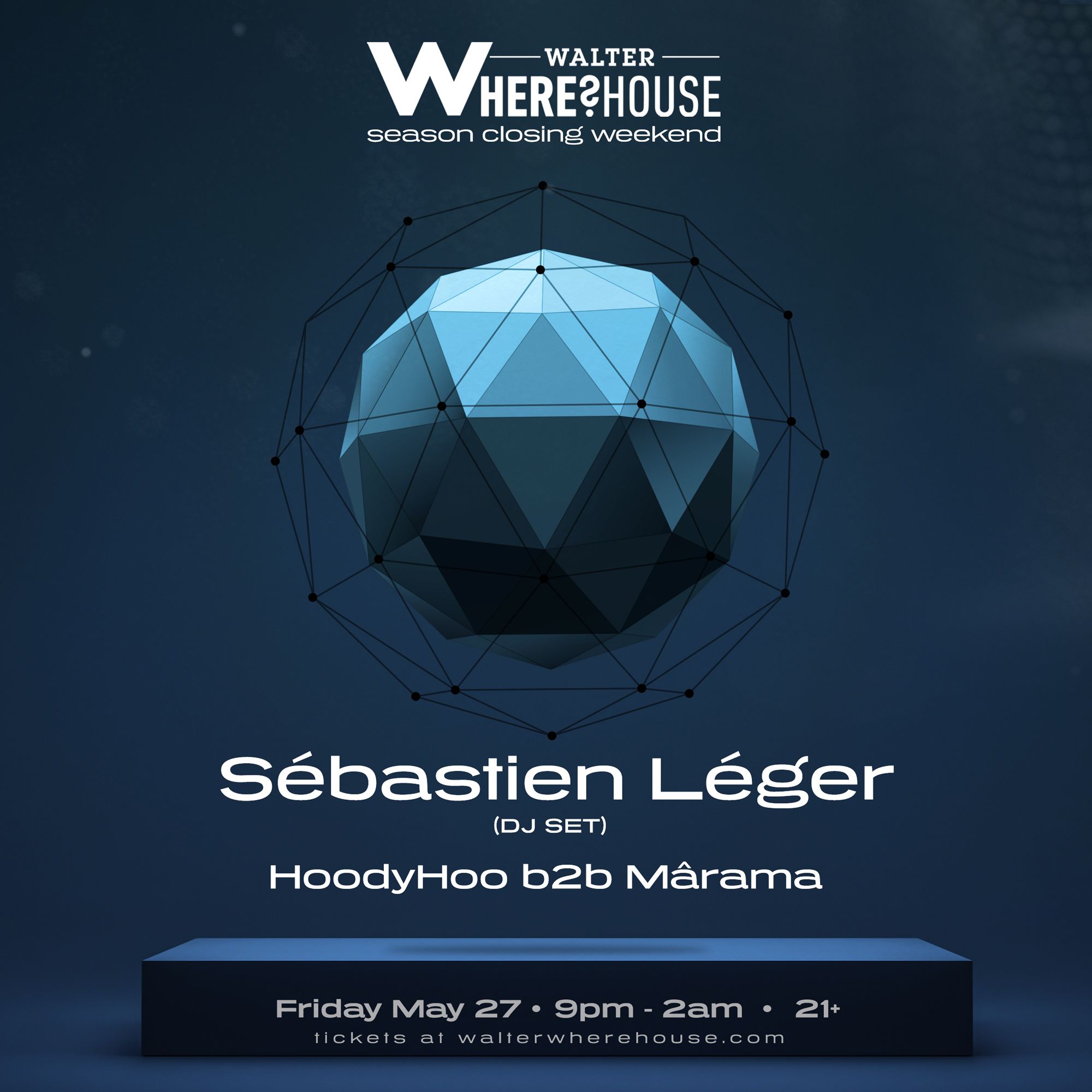