It’s been a decade since Scotty McCreery burst onto the international stage with his impressive baritoneand southern charm endearing him tofans around the world. Now a 27-year-old happily married man and veteran performer, the Triple Tigers recording artist releases his highly anticipatednew album Same Truck featuring 12 songs, 10 of which were co-written by McCreery.

Same Truck was produced by Frank Rogers, Derek Wells and Aaron Eshuis, the team who produced his previous project, the RIAA Gold certified Seasons Change that was released in 2018, debuted at No.1 on the Billboard Country Albums Chart, and contained three consecutive No. 1 hits: the Double RIAA Platinum certified “Five More Minutes,” Platinum certified “This is It,” and Gold certified “In Between.” McCreery co-wrote every song on that album.

The North Carolina native’s newest album was originally planned to be much different. “We recorded a bunch of songs pre-pandemicand thought we had the album just about ready…and then the world shut down,” said McCreery. “For the first time in 10 years, I was home more than a few days at a time. I loved having the extra time with my wife, Gabi, and our dog, Moose, however it also gave me a lot of time to pick up the guitar and just play for fun. I wound up writing abunch of new songs and creating almost a whole new albumfrom the perspective ofreflecting on my last decade yet also keeping an eye towards where I want to go.”

The album kicks off with the ringing guitars of the title track, an ebullient and jubilant anthem to all the things we have in common (“kickin’ up the same dust/prayin’ for the same rain”), in spite of our differences (“there’s different color helmets on our Friday night home teams”). McCreery wrote the song with Ashley Gorley, Zack Crowell, and Taylor Phillips. “We’re all more alike than we are different,” McCreery says. “I’ve witnessed that on almost a daily basis as I talk with people and watch them while traveling around the world to perform. This is my way of saying that we’re all on the same team here; let’s all work towardgetting along again; let’s build each other up.”

McCreery’s wife Gabi is the inspiration for all his love songs. Same Truck features several tunes that showcase the tender romance and deep love between the couple who originally met on the first day of kindergarten, grew up together, began dating in their senior year of high school, and married in June 2018. “I knew a long time ago, that Gabi was the one,” says McCreery with a smile. “Ever since I wrote ‘See You Tonight’ for my second album, she has been the face that I see in my mind when I write.”

Whether it’s the true story of one of the couple’s recent date nights recounted in the fun and upbeat “Why You Gotta Be Like That” (written by McCreery, James McNair, and Jordan Schmidt) or the sultry “That Kind of Fire” (written by McCreery, Josh Hoge, Justin Wilson and Matt McVaney) where McCreery amps up the steam as he urges his lover to “just walk on in and drop that dress on the floor,”their love story permeates the project.

And, of course, the bouncy “You Time,” the first single from the album and current hit single at Country radio, fully celebrates his love for his wife and the time they set aside just to spend with each other. McCreery wrote this song in 2019 with Rogers and Eshuis, with whom he had previously written “This is It,” another Gabi-inspired song. He says, “At that point I was as busy as I’d ever been in my life; my wife and I weren’t getting a lot of time to spend together; she was working as a nurse on the pediatric unit at Duke Hospital and I was out on the road performing, so when I’d be getting home she’d be getting ready to walk out the door.Little did we know we’d soon get a lot of time together in 2020.  Luckily, she hasn’t thrown me out…yet,” he says with a laugh.

On “Home,” which he wrote with Rogers, Brent Anderson, and Tammi Kidd, McCreery celebrates the warmth of home. “A lot of my songs are autobiographical. I always lived with a bunch of roommates, orwould go out with them on days off to watch a game or grab a beer,” he says, “I still like doing that, but I really enjoy coming home to my wife, Gabi, and spending a night with her at home. Shemakes our house a home.”

The steel drenched country weeper “Damn Strait,” written by Trent Tomlinson and Jim Collins, cannily honors country music iconGeorge Strait even as the singer bemoans the loss of his lover, associating Strait’s songs with her since they were the couple’s favorites. The song strings together titles of Strait’s songs— “first time we danced was to ‘Marina Del Ray’ I fell in love right then and there”—to tell the story. “Every now and then you hear a song that sounds so much like you,” recalls McCreery. “I grew up as a huge George Strait fan, and when I heard this song, I raised my hand to say‘I want this one.’ Every country fan has a George Strait story and everyone has a memory attached to their favorite songs. This character is talking to his lost love.” McCreery goes on to say, “The first country music concert I ever went to was George Strait, Reba, and Lee Ann Womack. When I saw that show, I said ‘I’m gonna do that one day.’”

Continuing with a ‘90s country theme, McCreery wrote “It Matters To Her” with Rhett Akins and Lee Thomas Anderson one night during the last week of tracking songs for the album. “The ‘90sis my favorite era of country music, so writing with Rhett was perfect for this song,” he remarks. “I think it has the feel of a Brooks and Dunn song, and I knew when we wrote it that we had to record it even though we only had one tracking session left. Luckily my label and management agreed. Now, it’s one of my favorites to perform live!”

Cascading guitars and shimmering keys create an airy and transportive atmosphere in “The Waiter,” a story of loss and enduring love that may cause fans to shed some tears. The song illustrates McCreery’s genius in setting up a song for its most powerful emotional impact. McCreery recalls: “Matthew West, Frank Rogers and I wrote this in 2015, and it’s always come up every time I made an album but it never felt like it fit on earlier albums. Now felt like the right time to record and release it. It’s an idea that Matthew had; he was walking in a park one day and saw this guy talking to himself. Matthew thought maybe the guy was crazy, howeverwhen he walked by him, he realized that was not the case: themanwas praying.”A man of faith himself, when McCreery was recently courted by several major music publishers (and ultimately signed with Universal Music Publishing), each company brought up “The Waiter” as one of their favorites. “It’s no coincidence that this song has resurfaced the way it has given the year we’ve all just had. I hope the perspective this song has helps others see we have more in common than we are different.”

“It’ll Grow on Ya,” written by Jeremy Bussey, Jason Blaine, Taylor Phillips and AdamWood, is one of two songs on the album not written by McCreery…yet it feels so much like him. “I enjoy being in the city for a while, but then I’ve got to get back to the country, beach or mountains. That’s just who I am,” said McCreery. “The slower pace, appreciating nature’s beauty, and knowing your neighbors – that’s my way of life. As soon as I heard this song, I knew I had to sing it.”

The man from Garnerincludes the stunningly gorgeous “Carolina to Me,” a reflection of his love for his home state and his love of Heaven that he wrote with Taylor Phillips and Jeremy Bussey. The refrain concludes with the astute lines: “We all got our own opinions/We all believe what we believe/But everything that’s Heaven to you/Is Carolina to me.” “To me, Carolina is just a little piece of Heaven on Earth,” says McCreery, “and I hope when I get to Heaven, there’s a little bit of Carolina in it.”

Same Truck closes with “How YaDoin’ Up There?” which forms a fittingbookend to the title track. He wrote the song with Monty Criswell (one of this co-writers on his first No.1 hit “Five More Minutes”), Derek George and Tyler Reeve. McCreery’s vocals spiral from quiet reflective tones in the early verses to soaring gospel inflected tones in the chorus.

“It’s a prayer,” he says, “and it’s a perspective I’d never heard before. Faith is the biggest part of my life. God’s probably shaking his head at a lot of what’s going on down here these days, and Derek said one day,“What if our prayer was asking God how He’s doing? What if prayers weren’t all about us—asking for stuff—but stopping to ask the Lord how His day’s going and how He’s doing?” “Back to perspective,” adds McCreery, “If this album can help someone have the same moments I did where we just see things through a slightly different lens, I think Same Truck will do what I hope it will, and that’s bring us all together.”

So much perspective can be found throughout Same Truck and McCreery’s journey is proof that a lot can happen in ten years. As both the first country artist and youngest male artist at the time to debut their first project at No. 1 on the all-genre Billboard Top 200 album chart, McCreery has earned a Platinum and two Gold certified albums; sang for a President;opened for Garth Brooks;toured with Old Dominion, Brad Paisley and Rascal Flatts; wrote a book; and made Steve Harvey laugh on “Celebrity Family Feud.” Yet he has also lived a lot of life. He fell in love, went to college, moved out on his own, traveled the worldand built friendships with people from every walk of life.

Through all his public and private combined life experience, McCreery has grown into a songwriter who knows how to tell a story that will touch your heart, make you cry a little, get you to laugh at life’s little ironies and helpyou appreciate what’s really important to you. His warm bass vocals resonate with an emotional depth on Same Truck, whether he’s singing about loss (“The Waiter”), love (“You Time”), passion (“That Kind of Fire”)or faith (“How YaDoin’ Up There?”), and McCreery pulls us into every one of these songs with an openness that has us singing along and eager to see what’s next. 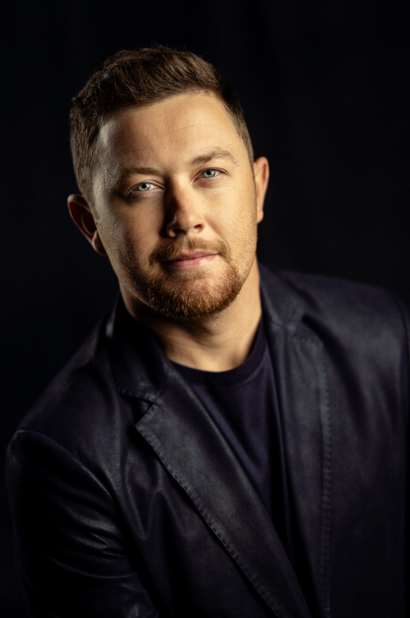