Each $40 ticket includes 1 copy of Bob Honey Sings Jimmy Crack Corn by Sean Penn
Each $20 ticket does NOT include a copy of the book
Description:

Sean Penn has been making powerful, fearless films for over three decades—and his new novel crackles with the same restless energy.  Join the Academy Award winning actor, director and writer for a candid conversation about his new novel, Bob Honey Sings Jimmy Crack Corn—a madcap satire and political thriller that only Penn could have written. What (or who) inspired the hilariously deranged title character of both of Penn’s novels? Are there parallels between writing fiction, directing and acting? How has the state of America in the last five years fueled Penn’s singular and hilariously twisted vision? Penn tackles these questions and much more in what promises to be a fascinating evening.

Sean Penn is the author of the national bestseller Bob Honey Who Just Do Stuff.  He won the Academy Award for Best Actor for his performances in Mystic River and Milk, and received Academy Award nominations as Best Actor for Dead Man Walking, Sweet and Lowdown and I Am Sam. Penn has worked as an actor, writer, producer, and director on over one hundred theater and film productions. His journalism has appeared in the San Francisco Chronicle, The Nation and The Huffington Post.
Will Call Opens/Seat Assignments Begin: 6:00PM | Doors Open For Drinks: 7:00PM | Showtime: 8:00PM
When you arrive at Will Call on the night of the show, seats will be assigned first come first served, from the front of the theatre to the back. If you want to sit closer, be sure to come earlier. 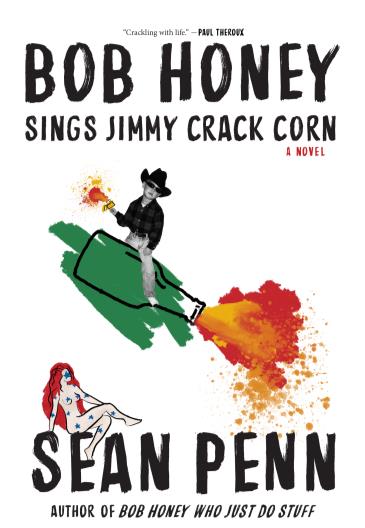