Shamarr Allen is the definition of New Orleans! Hailing from the Lower 9th Ward of New Orleans, Allen has influences in jazz, hip-hop, rock, funk rhythms, blues and country. He is the lead vocalist and trumpeter of his band “Shamarr Allen & The Underdawgs.” In addition to performing with his band, Allen has collaborated with many renowned artists around the world such as Willie Nelson, Patti LaBelle, Galatic, Harrick Connick Jr, and Lenny Kravitz, to name a few. He is a sought after artist for festivals and venues around the world. In addition to displaying his skills on the front-line as a lead performer, Allen is also a music composer, writer, and producer. With a scintillating and unique sound, look, and exemplary talents, Shamarr Allen transcends musical boundaries. He is the True Orleans experience!

2021 was a big year for Baba Jenkins. Since its formation on February 13, 2021 Baba Jenkins recorded a full album at Sunset Sound, released its first single “Rendezvous” in October, and through an incredibly fortunate meeting with drumming legend Steve Ferrone, received airplay on his “The New Guy Show” on Tom Petty Radio Sirius XM Channel 31. All of this in less than a year with no record company backing. 100% pure indie, 100% hard work!

2022 shows no sign of slowing down. With their debut album ‘COPPER” scheduled to drop on or about September 23rd, the band has shot two new music videos, released their second single “Dance On Me” in April and has received airplay on three different songs from Sirius XM and 88.5FM KCSN LA’s biggest independent radio station. 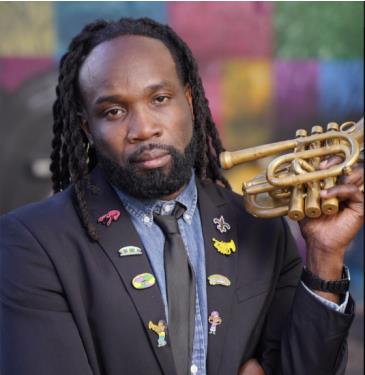