“I am terrified of spiders,” says Shannon Shaw. “My mom always told me that they’re drawn to me. Like, they would drop down and dangle in my face as a baby, or they’d get in my bed.”

But the powerhouse singer-bassist of retro-rock band Shannon & The Clams had bigger fears when she went to an astrologer two years ago. Shaw was at an emotional tipping point — willing to try anything — because everything she loved was falling apart.

That harsh/soft balance often comes down to Clamskeyboardist Will Sprott. “Different keyboards lend themselves to different tones,” Sprott says, “a Rhodes [piano] is more soft and bell-like, whereas a Wurlitzer has these chunky, abrasive bites. So when I’m deciding which instrument to play on a song, I’m thinking, what does the song make you feel? What do you want it to communicate? It’s like, do you want this organ to scream at you or soothe you?”

On the album opener, it was a little bit of both. “Do I Wanna Stay” is a slow tango between Shaw’s voice and Sprott’s piano that builds to a break point when Shaw rasps, “I dream at night…” sounding like someone whittled Brenda Lee into a shiv.

Founded by former high school friends from a Bay Area suburb, the band consists of guitarists Pat McDonald and Ryan Wong, bassist Pat Thomas, and drummer Alex Fleshman, with Wong and Thomas sharing lead vocal duties. Their first release was the six-track Alright Cassette in late 2012. They quickly gained admirers in San Francisco and beyond with local hero Tim Cohen (the Fresh & Onlys) jumping on board to both champion the band and produce their 2013 self-titled full-length. Working quickly, they returned a year later with 2014's A Swirling Fire Burning Through the Rye. For their third album, Cool Ghouls invited songwriter Kelley Stoltz to produce the sessions. Stoltz also played guitar with the group in the studio, as did pedal steel guitarist Tom Heyman. The album Animal Races was released by Empty Cellar in August 2016.

A tour cassette recorded in their practice space, Gord's Horse, then a live tape recorded in 2019 titled Live '19, were issued over the next few years as the band played live shows. By the time the latter was released the band were no longer playing live and the members embarked on life choices that made being in a band more difficult. That didn't stop them from a five-month session of writing, rehearsing and recording songs, 27 in all, in 2020. Working in a small garage studio, the band expanded their psychedelic garage rock sound to include folk ballads, Baroque pop, and sunshine pop aided by strings (provided by Dylan Edrich), keyboards (courtesy of Henry Baker), and the horn section of Danny Brown on sax and Andrew Stephens on trumpet. Choosing 15 tracks from their bounty, At George's Zoo, was issued by Empty Cellar and Melodic Records in March of 2021. ~ Timothy Monger, Rovi

For the better part of a decade, San Francisco singer-songwriter and trumpeter Anna Hillburg has been wooing crowds with her unique blend of classic pop and brass. She has released two albums and is hard at work on a third, slated for release in 2023.

In addition to her own work, she has recorded and performed with artists such as Shannon Shaw, The Dodos, Earth Girl Helen Brown, The Moore Brothers, The Fresh and Onlys, and many others. 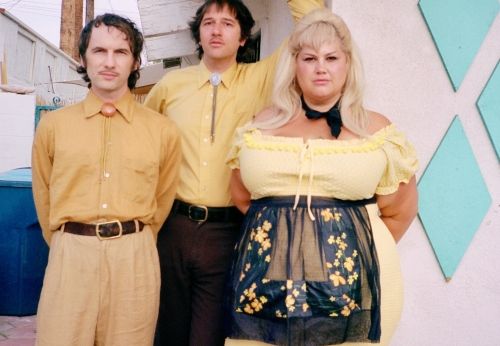