“It’s not heavy metal, but in our guts, it feels a bit like Heavy Metal,” says Michael Trent of the band’s new album, Manticore due Feb. 18. Next year, 2022, will mark ten years since Cary Ann Hearst and Michael Trent released their debut album O’ Be Joyful, the first formally billed as “Shovels & Rope.” That decade included the release of six full-length albums, three collaborative covers albums (Busted Jukebox Volumes 1-3), a curated music festival in their hometown of Charleston, SC (High Water), a musical film (Shovels & Rope: The Movie) and countless dynamic live performances all over the planet. But it was in the rear courtyard suite of the Decatur St. house belonging to the Preservation Hall Jazz Band in New Orleans where Michael and Cary Ann began polishing up the songs that became Manticore. There was a piano in the room and a little desk. There were piles of scattered and folded papers lying on the bed and copious digital ideas in the form of voice memos. And despite the pounding parades in the surrounding streets, it was quiet in the afternoon.

Months of relentless touring, partnering and parenting had left them threadbare, and the New Orleans stay was intended for finding time to think while renovations were happening at their house on Johns Island, SC. That time coincided with the last Mardi Gras before the world shut down and went into hiding. Sitting at the piano amid the pile of finished and unfinished lyrics, there was a bittersweetness and exhausted peace that belied the coming tribulations. The Decatur St. house would be the last stop on the year-long assembly line of songwriting on the fly. An image here and a rhyme there, scratched into a note pad for later. The next stop was The Whip, the home studio that was a refuge workspace in their backyard. They got back, put the laundry on, digested the news that the world was closed, the tour was canceled indefinitely, and the only thing to do was go inside. Inside the house, inside the studio, inside your mind and inside your time.

The songs and stories that make up Manticore are visceral, bold and at times deeply personal. And while all those adjectives could be used to describe the duo, this time around it rings true in a way that hits differently – or at least harder. Perhaps everything hits harder for everyone these days. And while most of these songs were written before the pandemic, they were all recorded at a time when everyone was inside. It takes aim at the human experience and does so without pulling a single punch: reflections on idol worship, homelessness, social justice, the experience of fierce parental love and marital strife are all on the menu here; and in true American fashion, the helpings are plentiful.

Manticore was initially intended to be a stripped back affair. The songs were written with the expectation that they would feature almost nothing but acoustic guitar, piano and their two voices. But with the time afforded to the band by the complete stalling of their industry, they returned to the recordings and indulged the opportunity to expand the sound of the album with no pressures or expectations regarding the calendar. The most extended amount of time off the road since the band’s inception coupled with the creative outlet and subsequent work/life structure the album demanded created an anchor to some kind of sanity in a world that seemed to be truly losing its mind around them. “I was grateful to have something to work on, to go into the shop every day for a few hours, get into something, exercise parts of my brain and feel excited about something when there really wasn’t a whole lot to feel excited about at the time,” Michael Trent recalls of the process.

When Tré Burt was signed to John Prine’s Oh Boy Records in 2019, he was one of only two artists  – including label mate Kelsey Waldon, to join the label in the past 15 years. Caught It From The Rye, Tré Burt’s debut album was re-released on Oh Boy in Jan 2020. The album showcases Burt’s literary songwriting and lo-fi, rootsy aesthetic, which he honed busking on the streets of San Francisco and traveling the world in search of inspiration. Like label mate and songwriting hero John Prine, Burt has a poet’s eye for detail, a surgeon’s sense of narrative precision and a folk singer’s natural knack for a timeless melody. Caught It From The Rye is an urgent missive from an important new voice in songwriting.

For a songwriter who thoughtfully documents what he sees in the world, 2020, while challenging, was rich with inspiration. The year birthed the single, Under The Devil’s Knee, a song that continues the tradition of outspoken political folk songwriters of yore. It is an incredibly moving protest song tracing the lives of George Floyd, Eric Garner, and Breonna Taylor. Recorded remotely featuring Allison Russell, Sunny War and Leyla McCalla.

“Humanity feels like it’s slipping away from us, as a country. I wanted to reinstate the humanity of George Floyd, Breonna Taylor, Eric Garner and so many other brothers and sisters slain by police in the way I know how. I wanted to immortalize their dignity and make the work easy for future historians and remind the present that no matter what side of the aisle you’re on, this is about actual pain and real human suffering caused by a system of governance that is morally bankrupt. This, I felt was my duty as an American songwriter to do. Music is a powerful force, especially when you put it through a protest song. It makes the fight more tangible. Reframes perspective. None of which entered my mind when writing this, at all. That was out of anger. I wrote this song out of anger. They should all be alive.” – Tré Burt

Tré’s sophomore album, You, Yeah, You  builds on his previous work as “he grows ever more sophisticated, empathetic and razor sharp as a storyteller and musical philosopher” – NPR. Recorded in North Carolina with producer Brad Cook (Bon Iver, Waxahatchee, Nathaniel Rateliff) the album reads like twelve rounds in a ring, summoning the will to fight the unknown rather than surrender to fear and fatigue. You, Yeah, You is a cohesive body of work that clearly illustrates the ever expanding space in which Tré Burt’s voice belongs.

Tré toured in summer 2021 with Nathaniel Rateliff and the Night Sweats and Shakey Graves as well as making his Newport Folk Festival debut performance.

“Tré Burt blazes his own troubadour path, a powerful and moving debut from a singer poised to become a folk festival mainstay for years to come”  – Rolling Stone 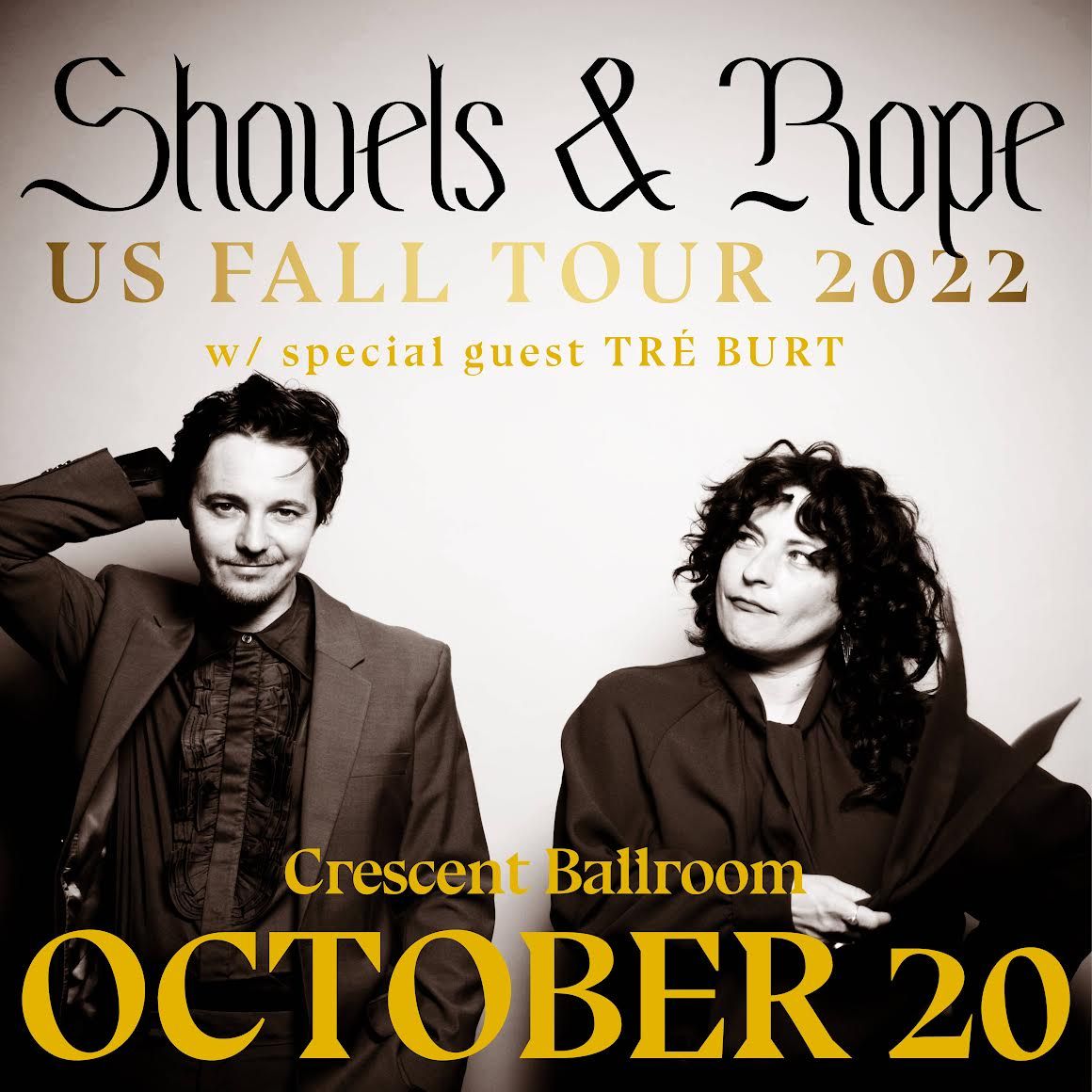