Shred is Dead is progressive instrumental and vocal performances of The Grateful Dead & Jerry Garcia Band, harvesting a pure blend of inspirational jams and fierce rock n roll. Led by guitarist Marcus Rezak with an all-star group of musicians from across the universe.
Known as a master of jazz improvisation and a seasoned artist of the sit-in, Rezak is a frequent call among bands and musicians. Rezak’s 2018 debut as a bandleader saw him collaborating alongside Kris Myers and Joel Cummins of Umphrey’s McGee, Arthur Barrow of Frank Zappa’s band, and legendary saxophonist Bill Evans. Since then he has toured across the US with eclectic lineups featuring the likes of Ike Willis, Kris Myers, Jay Lane, Scott Page, and more; led his band through two tours on the US Virgin Islands; spearheaded official Umphrey’s McGee afterparties, and continued to hone his chops in his home studio and licensing endeavors.

About The Lizards (Phish tribute)

The Lizards made their debut in November of 2013, playing sold out shows and festivals to hundreds of fans. The band’s main goal is to recreate the Phish Experience. Whether it’s their ever changing setlists, synchronized dancing (or trampoline-ing) or touring with their own lighting rig and director (TG5), the band is committed to giving people that same feeling as the one we’ve all felt many times before.
The Lizards make it possible to gain that experience in our own backyard, with many feeling it’s been a long time coming that a band can create a community in this country for such a style of music. The Lizards intend to show everyone that they, above all things, can once again bring together a congregation of like-minded people that all want the same things: good times, good music & sore legs! 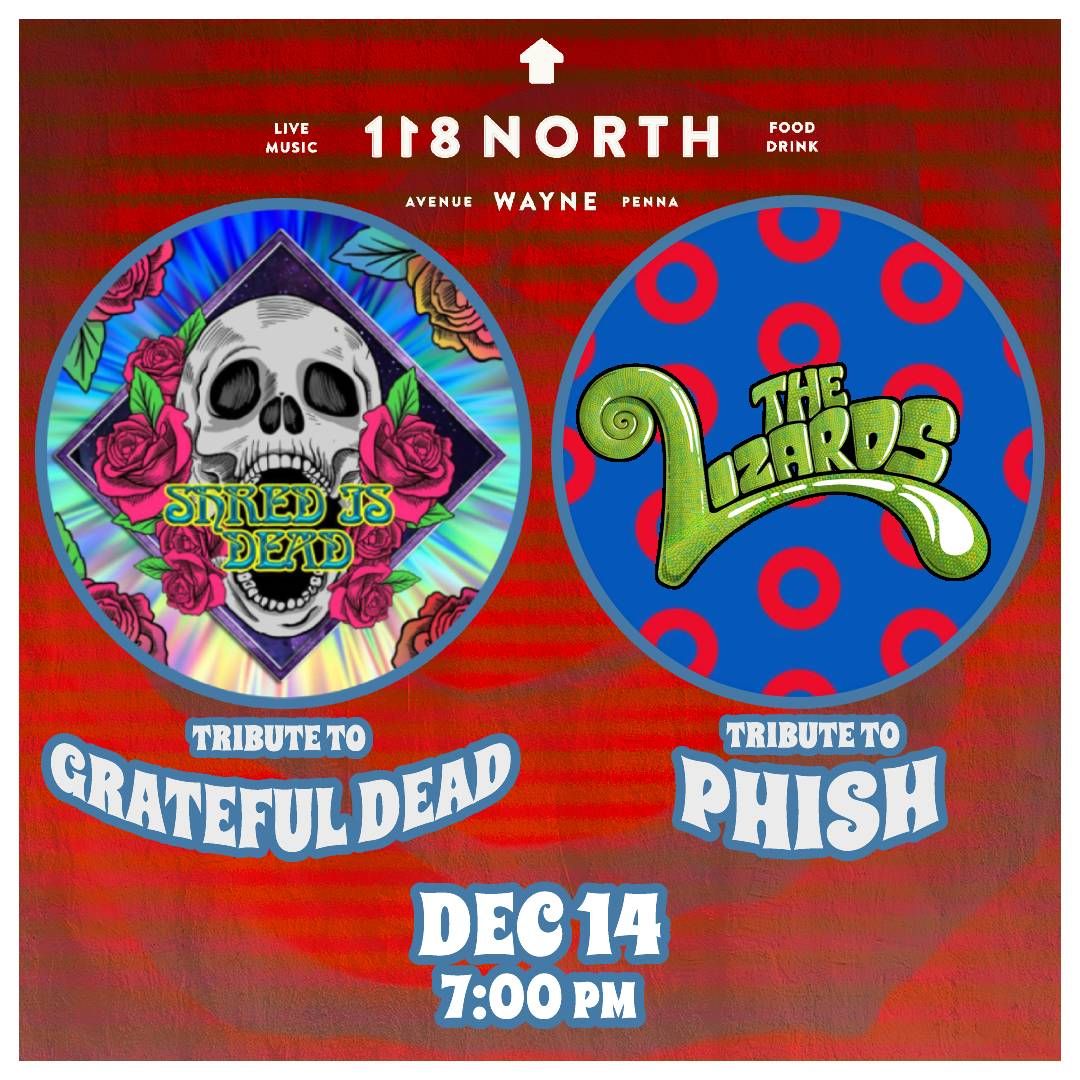 Shred is Dead / The Lizards